Police at 12:07 p.m. on Oct. 29 received a report of vandalism—damaged pumpkins—at a Rilling Ridge Road home.

The New Canaan Democratic Town Committee in a press release issued Thursday recognized those who won election to local offices on Election Day and also included this statement regarding the reports of an irregularity at the NCHS polls: “Finally, the New Canaan Democrats support a free and fair election, and upholding voting integrity. We applaud the Secretary of the State’s office for intervening on Tuesday per legal protocol due to irregularities at the polls, and have waited to make a statement until receiving their full guidance. While we are in the process of pursuing complaints regarding potential SEEC [State Elections Enforcement Commission] violations in light of these irregularities, we would like to express our gratitude to the Election Day volunteers and town employees who dedicate their time to ensuring New Canaan voters have access to our most important right and responsibility: participating in our democracy. Toward that end, we invite those who experienced or have heard of additional or other irregularities to please reach out to us at NewCanaanDems@gmail.com so that we can help make sure all of your concerns are represented.”

The town on Oct. 29 received an application to demolish the 1954-built ranch-style home at 25 Hillcrest Road. 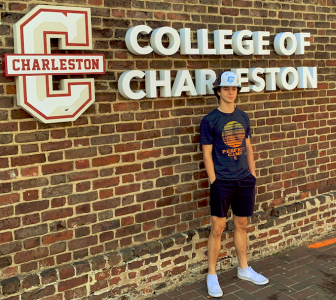 Congratulations to New Canaan High School sophomore Connor Lytle, who this week announced his verbal commitment to the College of Charleston. The 15-year-old shortstop is receiving a full athletic scholarship to the college, and will be reclassifying next year at a boarding school. Lytle plays on a 16U nationally ranked team with Fairfield Clubhouse, leading off for the team (16-for-16 in stolen bases). He’s hitting.486 for the fall season and the team recently finished third at a tournament in Ft. Myers, Fla. that had more than 120 teams participating.

New Canaan Health Director Jenn Eielson said during Thursday’s meeting of the Health and Human Services Commission that the town is seeing “an increase in housing code complaints.” “Part of that is the eviction moratorium is over, so we are getting a lot more complaints because they’re going to court,” she said.

PRAI Beauty and Lilly Pulitzer by Splash of Pink will hold a fundraiser 10 a.m. to 2 p.m. on Saturday, Nov. 6 to help homeless animals. Lilly Pulitzer at 140 Elm St. will contribute 10% of sales on that day to PRAI for Paws, the philanthropic arm of PRAI Beauty, In addition, 100% from the sales of PRAI Beauty products will go directly to this cause. Photos of dogs looking for a home at PAWS Norwalk, Project Precious Rescue and Adopt-A-Dog will be featured. The Cathy Kangas Foundation for Animals will pay all adoption fees.

Heres an updated working list of how town officials are considering the first allocation in about $6 million of federal American Rescue Plan Act funds. The Board of Selectmen, Board of Finance and Town Council are to hold a joint public meeting Nov. 15 regarding the ARPA funds:

The Waveny Park Conservancy is hiring a professional for the part-time position of executive director. Details here. 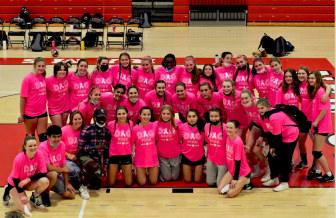 The NCHS Volleyball Team held its 5th Annual Dig Pink fundraiser Oct. 30. Proceeds and donations from this event will go to the Side-Out Foundation and its metastatic breast cancer research. Side-Out supports patients with metastatic breast cancer, the most advanced form of the disease, through research, clinical trials and patient advocacy groups. Since the first DIG PINK event in 2017, New Canaan Volleyball has raised over $20,000 for Side-Out. At the event, each volleyball player named a family member affected by cancer to whom they were dedicating their game. Coaches, players and managers wore ‘Dig Pink’ shirts and a successful bake sale was held with raffles for items donated by local vendors.

This month marks one year since Catherine Palmer was arrested by New Canaan Police and charged with three counts of animal cruelty after authorities learned that three puppies died at her Butler Lane home due to neglect. She pleaded guilty to those charges in August, in addition to a charge of second-degree violation of conditions of release, and received three years’ probation. 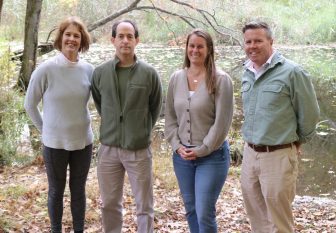 The New Canaan Land Trust’s 54th Annual Membership Meeting will be held at 6:30 p.m. on Nov. 10 at the New Canaan Nature Center. Free and open to the public, attendees also can attend via Zoom. The meeting will include a vote on  prospective new Board members Ainsley Hayes and Newell Cotton.

The owner of a Rilling Ridge Road home on Wednesday filed a complaint in state Superior Court seeking to evict someone the residence. The plaintiff and defendant had entered into an “oral lease” five years ago, and the defendant’s right to live there “has terminated because of lapse of time.” 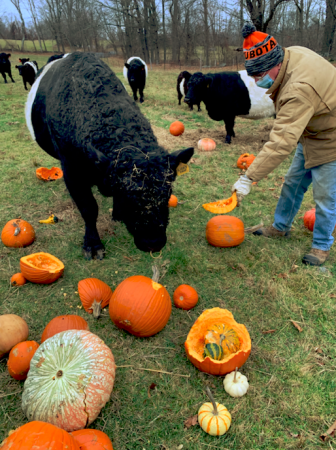 Planet New Canaan will be collecting whole, uncarved and unpainted pumpkins from 10 a.m. to 2 p.m. at Saturday’s New Canaan Farmers Market. The pumpkins will be delivered to the farm of resident Skip Hobbs, for his cows to enjoy. Residents with a Transfer Station pass can cut up their pumpkins and put them in the food scrap recycling bin, rather than putting pumpkins in the trash.  Questions can be emailed to planetnewcanaan@gmail.com.

The New Canaan Men’s Club at its weekly meeting, to be held at 10 a.m. Friday at 111 Oenoke Ridge, will hear from Wendy Kaufman, executive director of Waterstone Luxury Senior Living Community in Stamford. Kaufman will talk about senior living options and the considerations that go into making the decision to move into senior living facilities.

Finally, congratulations to our friend Nelson Oliveira, a former New Canaan News reporter, on his new position at CBS News:

Some professional news: After 2.5 years covering breaking news for the @NYDailyNews, I am excited to share that today is my first day as a push and platforms editor at @CBSNews. (1/4)