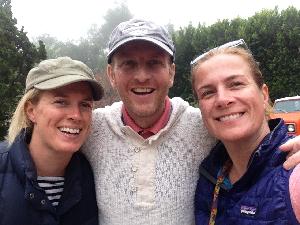 Burns, a tennis standout here in town who is now a 40-year-old father of two, was diagnosed last Novemeber with a life-threatening liver disease, and received a transplant in January at UCLA hospital. He’s participating in Liver Life Walk Los Angeles 2015. Together with sisters Mollie and Eliza, their team—the Healthy Hedgehogs—has raised more than $10,000 for the 5K walk, an important fundraiser for the American Liver Foundation. And he’s doing this within months of his surgery. David’s alma mater, Furman University, profiled him and his efforts in this article. 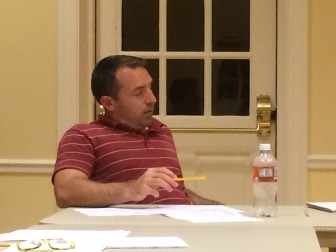 Ping Pong runner-up Jason Milligan at the Sept. 9 Park & Recreation Commission meeting. Sources say it wasn’t clear based on the championship match with Emad Aziz whether Milligan had his eyes open during play. Credit: Michael Dinan

We’re hearing that Emad Aziz of the Apple Food Cart Co., which provides concessions at local spots including Mead Park and Waveny Pool, soundly beat Jason Milligan of the Park & Recreation Commission in a ping pong match at the pool toward season’s end. Milligan—a competitor—broke the news of his defeat at the commission’s Sept. 9 meeting, noting at one point that Aziz is a former professional Jai-alai player, though when asked in an interview whether or to what extent Aziz’s Jai-alai experience contributed to his loss, Milligan noted only that the match was close. According to Milligan, he won the first of three-game match, then dropped the second game by a single point and saw Aziz go up by several points in the third and final game. “He had some fancy moves,” Milligan said of Aziz. “He was good.”

Did you know … that the lower end of Weed Street was sometimes called Stevens Street after several families by that name who used to live there, and for a time around 1890 the derogatory name ‘Whiskey Street’ was common, because of a well-patronized distillery? It’s true—check it out in the Street Name Database.

The Connecticut Office of the Chief Medical Examiner said that a cause of death in the case of 46-year-old New Canaan resident Mitchell Vazquez will not be determined for about six to eight weeks, as further studies are required. It isn’t clear whether that indicates toxicology tests are pending.

A Glen Drive resident around 2:15 p.m. on Sept. 5 reported to police that there was a snake in the yard. Police say they came and removed it to the woods. 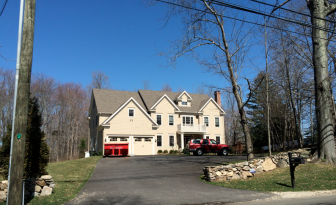 An amended complaint and answer have been filed in recent weeks in the lawsuit that surrounds the new home at 429 Ponus Ridge. The new complaint appears to spell out more specifically (see page 12 here) how a subcontracting electrical company did a poor job of wiring. 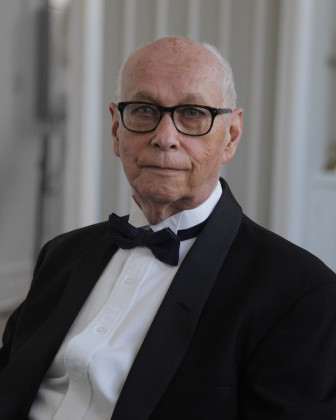 Former members of the NCHS Madrigals will be pleased to hear that the group’s longtime choral director, Art Sjogren, has been hired as First Presbyterian Church’s Interim Choral Director for the Adult Choir. The Rev. Paul Gilmore, pastor at First Presbyterian, said in a press release: “Art Sjogren’s exceptional talents and conducting abilities will ensure continued excellence in our music program.” Sjogren is currently preparing music for the fall and Advent season at the church. The Adult Choir at FPC rehearses Thursdays at 7:30 pm; new members are always welcome. Call the church office at (203) 966-0002 for more information.

One key piece of the proposed natural gas project in New Canaan from Eversource, formerly Yankee Gas, is designating a “lay-down” area in town for equipment while work is underway. We’re hearing that the mulch pile area off of Lapham Road was a contender until officials from the utility found that a rare species of turtle lived there.

A Whitney Avenue woman around 11:03 a.m. on Sept. 3 needed to get her older dog to the vet but couldn’t lift up the 13-year-old animal herself, so she phoned police and Animal Control Officer Maryann Kleinschmitt arrived to help her out.

Congratulations to Nuccia and Andrea Mazzonetto, owners of the outstanding Gelatissimo on Forest Street, on reaching 10 years in business.

Finally, here are some pictures from an unloading session this month for Filling In the Blanks, a local nonprofit started by two New Canaan women that helps ensure kids who are on food assistance at area schools also have sustenance at times of the week and year when existing programs do not serve them. Co-founder Tina Kramer tells us that 60 volunteers came out to unload and pack 2,700 bags of food, including Boy Scouts, SLOBs, National Charity League, CCD, and others. This year, Filling in the Blanks will supply weekend meals to 450 school-aged children at five schools in Stamford, Bridgeport and Bedford, N.Y. 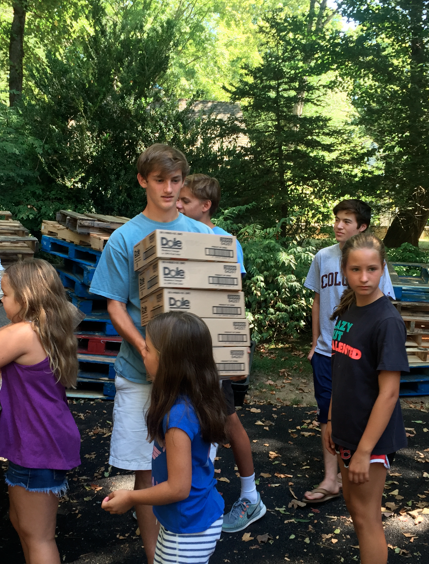 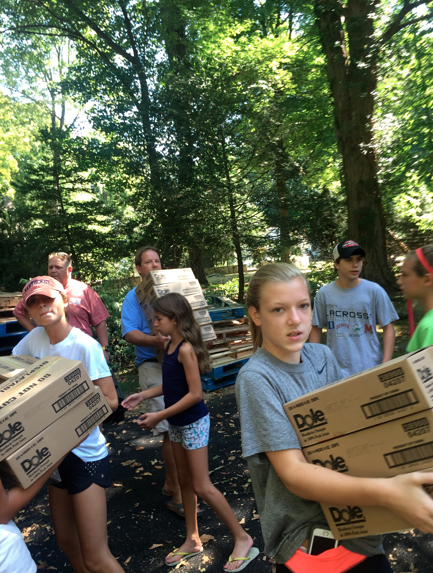 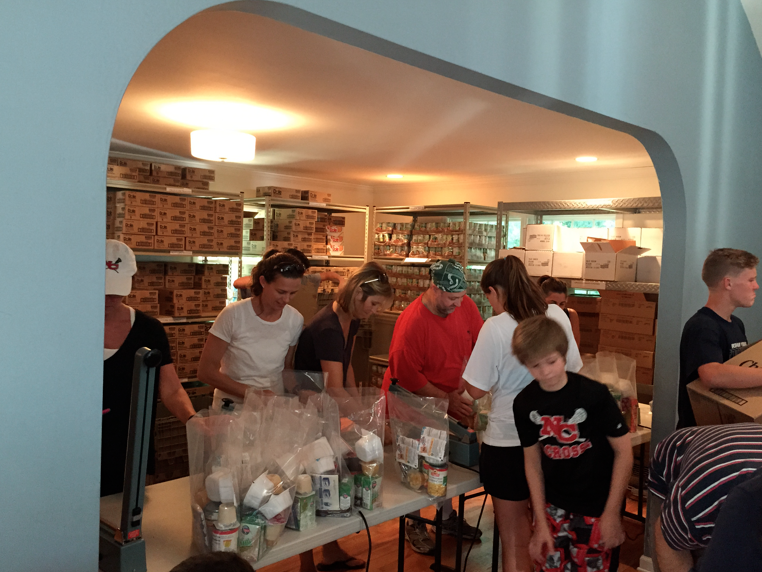