We’re hearing from an inside source that the “new” Gates Restaurant, closed since the New Canaan mainstay was sold in April, will open early in January. 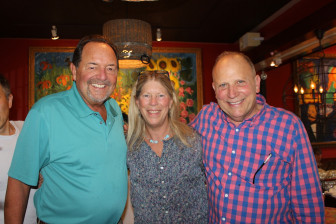 We’re also hearing that locals will recognize some friendly, favorite faces at Gates when it reopens anew, including Rich “Doc” Ludemann (not our source)—a popular figure at the former restaurant (who many of us also call a good friend and former swim coach). The new restaurant will be heavy on craft beers, with an updated look and menu, stage for live music, wood-fired oven and grill, smoker, food bar and more features.

Joe Scarborough is listed as one of those who has supported (with $360) the Go Fund Me campaign for the New Canaan Police Department’s K-9 unit. In all, 29 individuals have donated a total of $2,300 to the cause.

Looks like Wikipedia fixed a rather large error on its “New Canaan” page, which we were tipped off to last week. Here’s what it used to say: 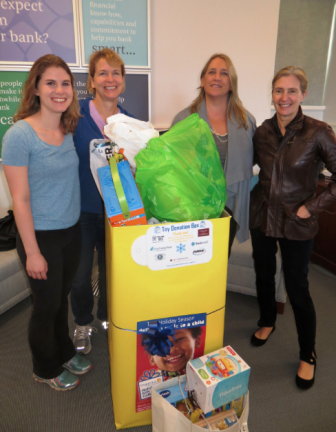 Bankwell recently completed its gift drive for needy children through Inspirica in Stamford. Here’s a shout-out to the Congregational Church of New Canaan for its generous donations to that worthy cause.

We’re hearing that a New Canaan resident waiting to make a right onto Park Street from the traffic light on Elm (in front of the train station) had a rather unpleasant experience recently. A woman in a white sports car, said to be spouse of a local dentist, was sitting at the light on Elm Street coming the other way, waiting to make a left onto Park (from in front of Starbucks). Apparently, the two motorists both turned at the same time onto Park—the right-of-way, of course, belongs to the right-turning car—and the sportscar driver “flipped off” the other driver. Very nice! (We’ve already documented how pedestrians often take their lives into their own hands at this same intersection.)

This one could have ended much worse: We’re told that at about 10:40 a.m. on Dec. 7, a Reeder Lane woman phoned police to report a raccoon in her dumpster. When a NCPD Animal Control officer arrived, the woman said that the animal had been spotted in the dumpster a few days earlier and had been in there all weekend. Animal Control officials say the raccoon likely hunkered down inside to sleep and may have been unable to get back out. It isn’t clear why the homeowner failed to act more quickly in order to save the animal’s life. In any case, it turns out some workers already had come by, noticed the animal trapped inside, and—unbeknownst to the homeowner—threw something inside the dumpster so that the raccoon could climb back out (thank you for that). 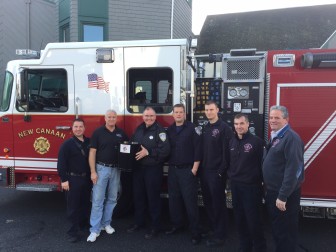 Three lucky New Canaan residents took home a fire ash disposal bucket and shovel on Saturday, Dec. 12. The winners’ names weren’t immediately available, though here’s the important message: The New Canaan Fire Department is encouraging residents with wood stoves and fireplaces to properly avoid a fire at there home by proper disposal of their ashes. 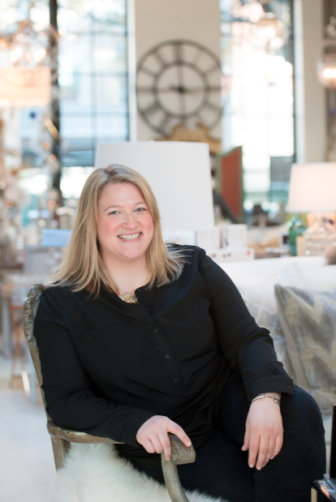 Finally, congratulations to Margaret Schwartz, owner of The Summer House on Forest Street, on winning the “Antiques Young Gun of the Year” award this past weekend at the Pier Antique Show.

The award recognized Schwartz for her contributions working as a young professional in the antiques industry. Tom Johnson, founder, president and CEO of Ruby Lane presented the award. Schwartz began her career working at Martha Stewart Living Omnimedia, which played a key role in inspiring and developing her passion for the home décor business. After four years, she left to open her own shop.