Congratulations to New Canaan’s David Thompson, who last weekend earned the title 2016 Cyclocross National Champion in the Junior Men 9-10 division (see video above). We hear that David is a 9-year-old who attends the fourth grade at West School, and local cycling guru Lou Kozar of New Canaan Bicycles informs us (dryly) that David’s accomplishment is “kind of a big deal.”

After impounding and multiple roaming dogs that all had invisible fence collars on them, New Canaan Animal Control Officer Allyson Halm is urging residents to double-check the batteries on those devices as well as their systems at home. A golden retriever on Skyview Lane, Labradoodle on Jelliff Mill Road and a pair of dogs on Oenoke Lane—a German shepherd and pit bull—all were collected by the New Canaan Police Department Animal Control section in recent days.

We’ve got the details on New Canaanite and “What’s Up With Wendy” radio show host Wendy Lowy Sloane’s sixth anniversary broadcast at 11 a.m. on 1490 AM-WGCH and online at WGCH.com. Her guests include actress Monica Potter, NBC Sports broadcaster Leigh Diffey and Bob Leary, founder of Trimino.

Something’s heating up with a couple of restaurants in town. The inimitable Chef Luis Lopez, the talented and popular figure behind his eponymous Elm Street restaurant, Tweeted this on Tuesday evening:

Why can’t competing restaurants get their own staff? #leaveminealone

The featured photo for this week’s “Did You Hear” installment is a panoramic photo of the New Canaan Train Station that includes views of Elm and Park Streets. It’s from ’72 NCHS grad Susan Morrow at SwickPix, a professional photography outfit based on Elm Street:

Superintendent of Schools Dr. Bryan Luizzi’s first presentation of a proposed fiscal year 2017 budget to the Board of Education overlapped with the start of the NCAA football National Championship Game between his alma mater, Clemson, and the University of Alabama. The superintendent said “Go Tigers” at the start of the presentation and warned those in attendance not to announce the score during the BOE meeting. The outstanding Clemson Tigers would lose the game 45-40 after a hard-fought battle. 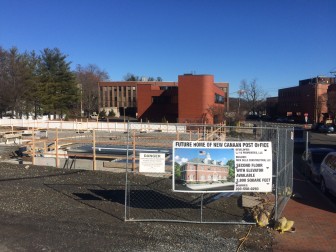 The foundation for the new Post Office on Locust Avenue, opposite Joe’s Pizza, is in place and the structure is expected to start taking shape soon. Officials estimated that the building could be ready by the end of this summer.

Here’s a reminder about Wednesday night’s expert panel on opioids (including heroin), to be held in the main meeting room at Town Hall. A reception starts at 6:30 p.m. with the panel discussion to follow at 7 p.m. It’s presented by the League of Women Voters of New Canaan. 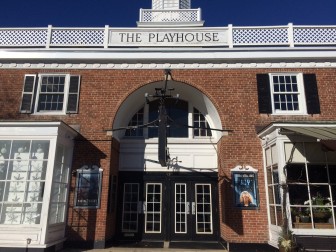 A pair of movies expected to receive nominations for the Oscars during an announcement this Thursday—”The Revenant” and “Joy”—are now showing at the New Canaan Playhouse. Credit: Michael Dinan

“The Revenant,” the film that won Best Dramatic Film at the Golden Globes, as well as a Best Actor award for Leo DiCaprio, is one of two celebrated movies showing now at the New Canaan Playhouse. The other is “Joy,” for which Jennifer Lawrence earned a Best Actress award at the Golden Globes. Nominations for the Academy Awards are expected Thursday. 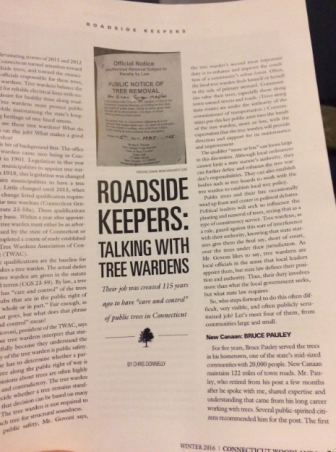 Bruce Pauley is featured in this article by Chris Donnelly, in Connecticut Woodlands magazine.

Job hunting? Ralph Lauren on Elm Street is hiring a full-time as well as a part-time sales associate. Apply now by contacting Alison.Donohue@ralphlauren.com. 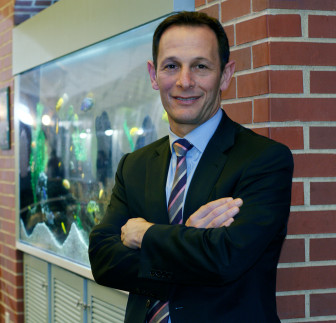 Todd Lampert of local law firm Lampert, Toohey & Rucci LLC has been elected to succeed Tom Lewis as Chairman of the Board of Directors for Waveny LifeCare Network. Under Lewis, Lampert served as Vice-Chairman and an active member of Waveny’s board. Tom Ferguson and Kathryn Tohir have been elected board Vice-Chair and Secretary, respectively, while John Zaro remains the board’s Treasurer.

Finally, the Southern Connecticut Skating team is off to a phenomenal start for the 2015-16 competitive season. Last month each of the team’s three lines won gold at the Terry Conners Open. The medal count continued this past weekend as the three lines won a gold and two silver medals at the Colonial Classic Open held at the impressive Tsongas Center at Mass in Lowell, Massachusetts. 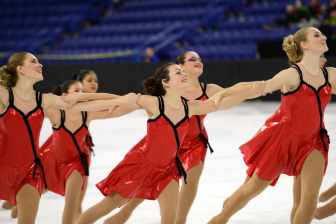 The Shimmers, a Pre-Juvenile line of 13 skaters, won silver with their performance in a grouping of eight teams. Olivia Linnartz, a 15 year-old New Canaan resident and 10th grader at the Holy Child in Rye, NY, said: “This was the performance when the team really understood what it means to pull together. One member (my partner) of the team, wasn’t feeling well and we had to have a ‘Plan B’ in case she couldn’t make it through the routine. It was stressful, but it made us closer as a team and ultimately win silver.”