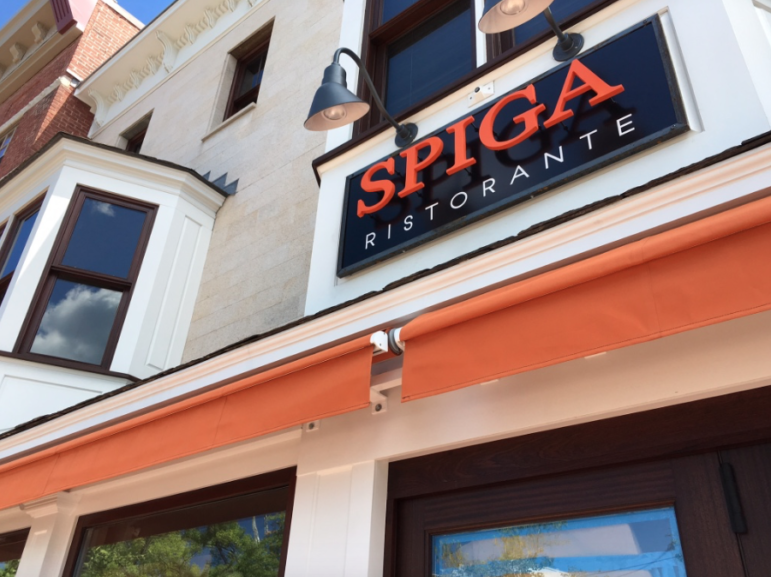 Saying that this sign, already in place, is a "very bright orange" and not the "burnt orange" that had been specified on an application, the Planning & Zoning Commission at its most recent meeting decided to forego approval of the sign. Credit: Michael Dinan 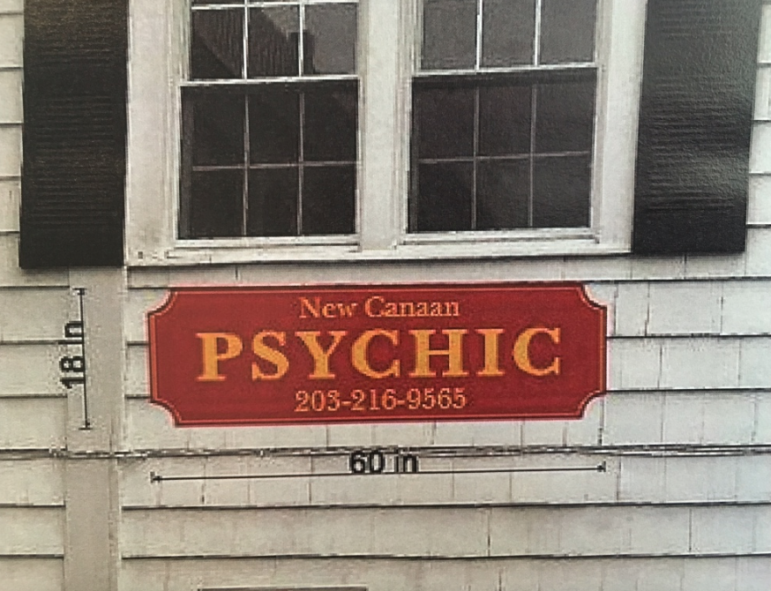 The Planning & Zoning Commission decided at its most recent meeting to forego approving this sign proposed for the New Canaan Psychic on Cherry Street. Commissioners didn't say just why. 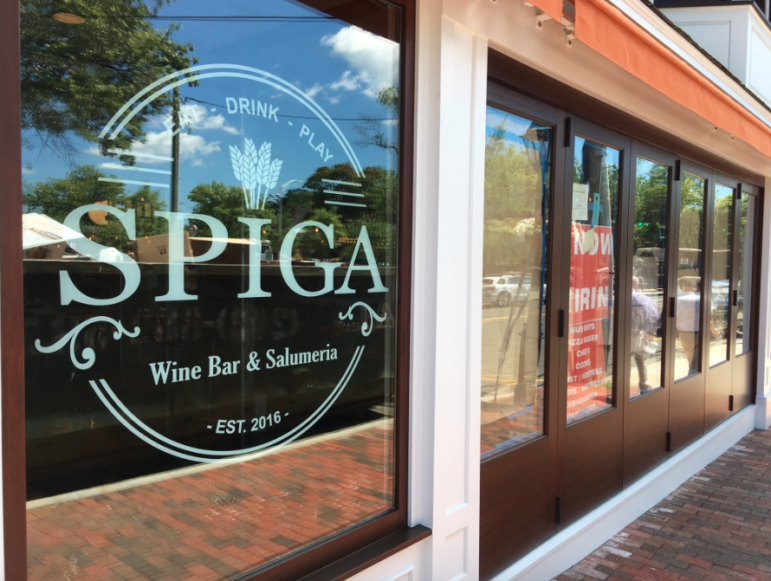 Town Planner Steve Kleppin said using business windows to display signs such as this one at Spiga is more attractive than merchants hanging banners just inside their windows. Credit: Michael Dinan

The Planning & Zoning Commission at its most recent meeting decided to forego approving two signs for new businesses that had been submitted to the town (see photos above).

Commissioner Elizabeth DeLuca, head of P&Z’s sign committee, said that a sign for Spiga, the new Italian restaurant opening on Main Street, was meant to be “burnt orange” according to its application “but it appears to be a very bright orange color.”

Though P&Z did not specify just why, the group also forewent voting either way on a new sign for the New Canaan Psychic, to open at 179 Cherry St.

Regarding Siga, Town Planner Steve Kleppin noted window signage and said that it is more attractive than banners inside downtown businesses that hang behind the glass. He recommended that P&Z consider making an allowance for such glass signs in the regulations (see page 117 here). 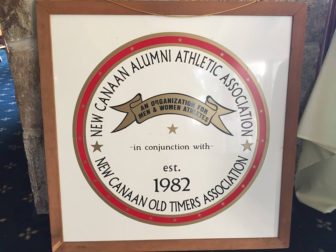 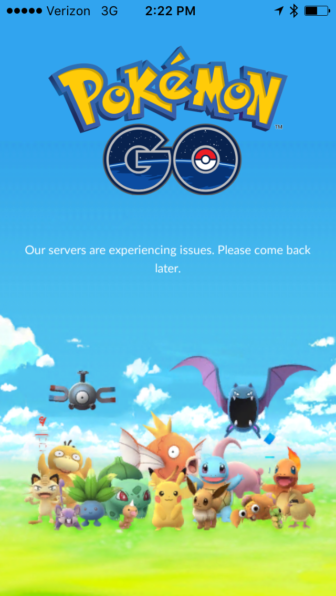 New Canaanite Michael Carusi, a St. Luke’s School graduate and member of the New Canaan Chamber of Commerce who creates and hosts websites, has some advice for local businesses seeking to capitalize on the Pokemon Go craze. It may not be what you expect. 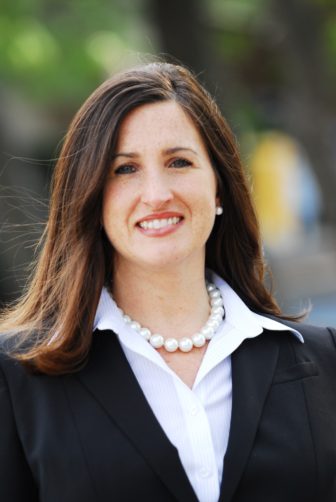 Finally, New Canaan resident Michele Beltrano, principal of Beltrano Law of Greenwich, recently was elected president of the At Home in Greenwich board of directors. She succeeds Marylin Chou, who founded the organization. Beltrano established her own law firm in 2012, with practice areas in elder law, estate planning, special needs and probate, and also is a registered nurse with 15 years of previous experience in a variety of healthcare settings ranging from home hospice to intensive care units. She earned her bachelor’s degree in nursing at Eastern Michigan University, and received her law degree from Pace University School of Law in White Plains, N.Y.