Catherine Palmer, wanted by New Canaan Police on three counts of felony cruelty to animals, has been ordered by a state Superior Court judge to appear Dec. 2 in a related civil matter regarding the ownership of 12 dogs that authorities last week removed from a Butler Lane house.

An iconic New Canaan house—a home that historians say was the first in town to be lighted by gas, in the 1870’s—was sold this month for $1 million. Built ca. 1852, the “Victorian Villa” at 528 Main St. a century ago was occupied by famed stage and film actress Cecil Spooner. Prior to its Nov. 4 sale, the home had been in the Bell-Reifenheiser family for 75 years. Five years ago, they sought to subdivide the property (full history toward the bottom of this article).

Register here for “Vaping, Did You Know? A Family and Community Conversation.” To be held online from 7 to 8 p.m. on Dec. 7, it’s a New Canaan CARES event in partnership with The Hub and New Canaan Coalition.

Opened six years ago on Burtis Avenue, cold-pressed juices and plant-based foods provider Green & Tonic is closed. Customers are instructed through the company’s website and the New Canaan location’s outgoing message to use the Westport store. 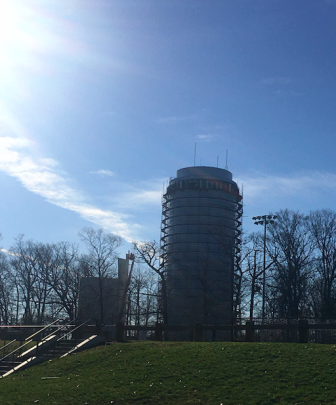 According to a Tuesday afternoon update by the Connecticut Department of Public Health, New Canaan has 392 confirmed and 30 probable cases of COVID-19. The cumulative total is up 64 from the prior week. According to New Canaan Public Schools’ “Charting Our Course” site, 16 students and five staff members were isolating as of Tuesday after testing positive.

Finally, congratulations to the newest “Rams of the Week,” chosen by the New Canaan High School Athletic Department and sponsored by Walter Stewart’s Market. Here are their citations: