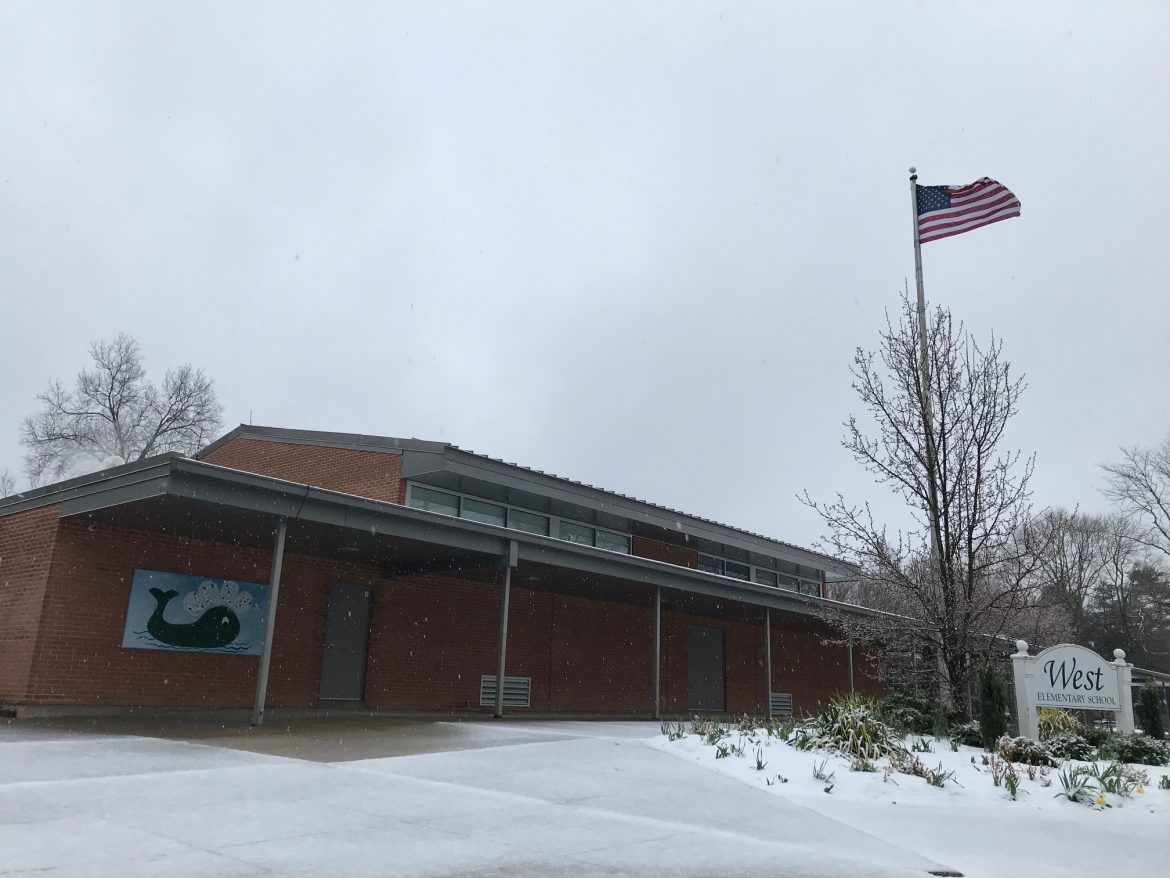 The school buses traveling local roads and even making stops as though children would board them are testing routes in order to make drive-times more efficient, district officials say.

New Canaan Public Schools rarely gets an opportunity to drive-test routing improvements, according to Superintendent of Schools Dr. Bryan Luizzi.

“The bus drivers are still working for us—they are still employed by DATTCO as part of the contract—and so we thought, let’s get the buses driven and see if we can make the routes more efficient,” Luizzi told NewCanaanite.com.

“We have an opportunity to have them drive the runs and have them look at the new runs for the [proposed new] school start times, as well,” he added.

With COVID-19 drive-thru testing launched Friday outside Saxe Middle School, the school buses have suspended the test-runs for now and they’ll be “sporadic” in the future, Luizzi said.

Public schools have been closed since March 12 and the district the following day launched a remote “e-learning” program to keep students learning and connected to their educators. That program is undergoing changes, and the current April 20 return date for school is subject to change, depending on the COVID-19 situation, Luizzi said.

Emergency Management Director Mike Handler said 50 people underwent the drive-thru testing Friday, and another 15 or so got tested Monday before the poor weather took a total on the tented operation. As of Monday, nine New Canaan residents tested positive for the virus, according to the Connecticut Department of Public Health. Three have succumbed, officials say.

Police Chief Leon Krolikowski said in a press release Monday that the New Canaan Police Department will continue to respond to emergency calls, though it is “temporarily requiring officers to limit their contact with the public for the safety of the public and the officers.” For now, access the police headquarters is restricted, fingerprinting services are suspended and officers will determine whether non-emergency matters may be resolved remotely, the chief said.

The e-learning program itself was tweaked starting this week, Luizzi said, changing the length of the school day and of classes, giving students and families more flexibility to get their work done and in the case of younger students, minimizing the amount of homework assigned, emphasizing “virtual field trips” and getting the day’s assignments to parents even earlier in the morning.

Though “distance learning” cannot entirely replicate traditional schooling, Luizzi said, the goals of the program are to maintain the students’ learning experience and continue to work through the curriculum as well as to ensure students are connected to their schools and undergo social-emotional growth.

“Our goals are to keep our kids learning, keep them engaged in learning, challenge and stimulate them intellectually and also ensure they’re connected to who they are as students in the New Canaan schools,” he said. “We are very proud of our schools.”

Regarding the school buses, Luizzi said that the district’s white Suburban vans are delivering meals to the homes of students on free or reduced lunch programs. The yellow school buses may be used to do the same at some point, he said.

One thought on “District: School Buses Are On Roads To Improve Routes”