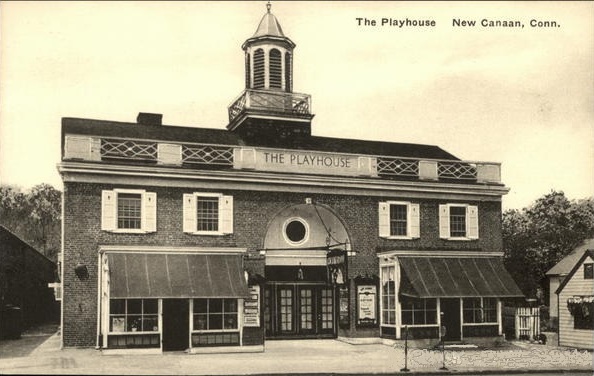 New Canaan Playhouse was built in 1923.

Under its agreement with the town, Bow Tie Cinemas can operate in in the space through 2022 with an option to renew through 2027. Yet the Playhouse closed mid-March with the onset of COVID-19 virus, and now plans to get out of the lease, First Selectman Kevin Moynihan told members of the Board of Finance during their regular meeting.

“We will begin to look for alternative arrangements for an operator for that facility,” Moynihan said during the meeting, held via videoconference.

“I think we are all committed to maintaining a movie theater in town,” he said.

The comments came during a general update from Moynihan.

Town officials for years have viewed Bow Tie’s lease as a barrier to extracting more revenue from the building at 89 Elm St. The 1923 building itself has about $2.5 million in capital needs, officials estmated nearly six years ago. New Canaan nets about $86,000 per year in rent, with no consideration of capital costs. Tenants include the movie theater and a florist on the ground floor and two nonprofit organizations on the second floor. Locals have said that the building should remain an entertainment venue that shows movies.

Though Bow Tie itself has at times voiced an interest in helping with the building’s significant structural needs, including a new roof, no agreement with town has materialized beyond what long has been seen as a favorable lease for the movie theater operator.

Three years ago, a committee formed to study the question of what to do with the building, but a closer look at the lease revealed that New Canaan would be tied up for the following decade. During the budget season in 2019, the Town Council decided to remove funding for a $225,000 roof replacement at The Playhouse—a decision that rankled some. In July, the town finally started moving forward with the preliminary work involved in replacing the roof, now estimated at $230,000, by hiring a firm for design and engineering plans for the job.

The style of the Colonial Revival building, designed by New Canaan architect Calvin E. Kiessling, helped set the tone for development of the downtown as it’s known today.

In 1922 a group of New Canaan residents, led by Kiessling, proposed a plan to rebuild part of the business section with a view “to making the town more beautiful and to provide a village green.”  They intended to erect a Playhouse and motion picture theater on what was then called Railroad Avenue. “This attractive Colonial structure will form the Railroad Avenue end of the proposed village improvement plan as proposed by Mr. Kiessling, with the First National Bank [big brick building next to Town Hall] at the Main Street end.” (Quote from the Building Conservation Architects, “Early Twentieth Century Architecture in New Canaan” New Canaan Mid-Century Modern Houses, CT Commissionon Culture and Tourism, 2009)

The Playhouse was built the following year, using Kiessling’s Colonial Revival style designs of red brick, white trim and a cupola. It was featured in the November 1924 issue of The Architect. His obituary claimed, “He is credited with starting the colonial design of New Canaan’s business district”.

The Playhouse was purchased by the town for $2.3 million in 2000. The building houses a two-screen, 282 seat theater and two retail properties. Bow Tie Cinemas has leased the theater since 2000.