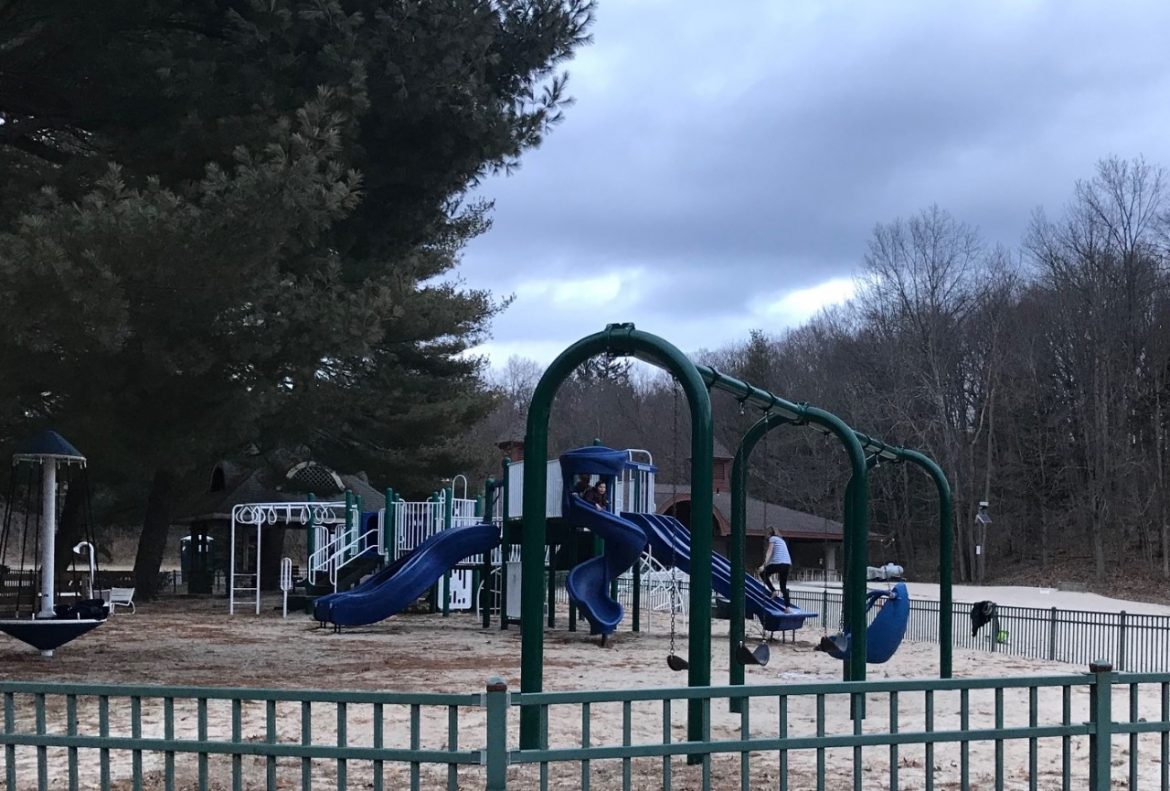 The town should remove funds earmarked to replace fencing around a playground at Kiwanis Park and relocate the equipment there to Waveny Pool, New Canaan’s highest elected official said last week.

The playground at Kiwanis is “used very little,” according to First Selectman Kevin Moynihan. 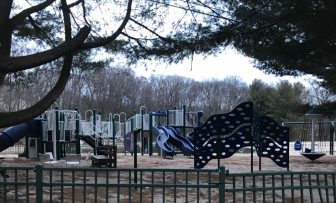 “Maybe a little bit by the neighborhood,” Moynihan said during a press briefing held Thursday in his office at Town Hall. “But it should be moved over to Waveny where the kids at the pool could go to an adjacent playground.”

He added: “You could build it so that there is a gate from the playground from the pool. A lot of the kids are at the pool. They might just want to go play on it … [Recreation Director] Steve [Benko] said there’s not enough room. Imagine it. I have problems spending money on a new fence for something that is relatively little used in terms of that playground at Kiwanis.”

The comments come as the selectmen’s proposed operating and capital budgets for next fiscal year move to the Board of Finance and Town Council for review. They include a reduced operating budget for Kiwanis Park for the upcoming summer season as well as a $25,000 request from the Recreation Department to replace the damaged 23-year-old fence around the large playground at the Old Norwalk Road facility.

Moynihan has voiced support for a public-private partnership with the New Canaan YMCA under which nearly all taxpayer funds for Kiwanis would be removed and the Y would operate the facility. Selectmen Kit Devereaux and Nick Williams pushed back on that plan, saying the Recreation Department should be given a chance to reimagine and reinvigorate the park this summer. The Board of Selectmen recently voted in favor of a proposed budget that includes funds to operate Kiwanis at a lower figure than in past years. The Board of Finance is to take up the proposed spending plan this month.

Kiwanis Park is open early-June to late-August and features a fresh water pond, sand beach, picnic pavilion and snack bar, in addition to the large playground and beach volleyball courts. It’s used by multiple daycare facilities and summer camps, including the Recreation Department’s and the New Canaan YMCA’s, and officials are discussing the introduction of an open-air ice skating rink in winter. The Exchange Club of New Canaan uses its main parking area for a Christmas tree sale.

The town began taking steps starting last year to change the use of Kiwanis, first by removing the tenants of a house on the property—a residence that the Y would take over for its on-site offices, under the proposal described by Moynihan—and deleting the park from the lease held by its food concession operator. The first selectmen disclosed last month that the town had been talking with the Y’s executive director.

Recreation officials have vowed to produce a viable plan for the town’s continuing operation of the park, and during budget hearings with the selectmen proposed creating a type of “water park” in part of the swimming hole at Kiwanis that could attract teens.

During the briefing, Moynihan said that Kiwanis has cost New Canaan nearly $90,000 annually to operate in the recent years. Benko’s proposed budget, now before the Board of Finance, is for about $57,000.

“You can’t justify spending $90,000 on something that accommodates a handful of people,” Moynihan said.

“I started talking two years ago to the recreation director about is Kiwanis Park worth operating when it costs us $90,000 a year?” he said. “I should say $90,000 a summer for six or eight weeks, when by my own observations, there is nobody there. I went there a couple times last summer to see with my own eyes who is there. There is more staff than kids. And also we have been in discussion with the Y to take over the house because they have a very vibrant 150 person summer camp for eight weeks. And they want to use house as an office space. They use the adjacent locker rooms. I think there are showers in that building.”

Asked whether talks are underway to increase the rate at which the YMCA reimburses the town for its use of Kiwanis, Moynihan said, “That is part of the discussion.”

“I met with the executive director of the Y two weeks ago and we talked about the fact that I said is there a lease? No lease, we have a handshake,” Moynihan said. “So I am sending them a draft lease and we are going to look to increase the rent that they do pay. Not only the house but also it’s been a long time since we raised the rent when their program has grown. And they should share the cost of operating the park.”

8 thoughts on “First Selectman: Playground at Kiwanis Should Be Relocated to Waveny Pool”