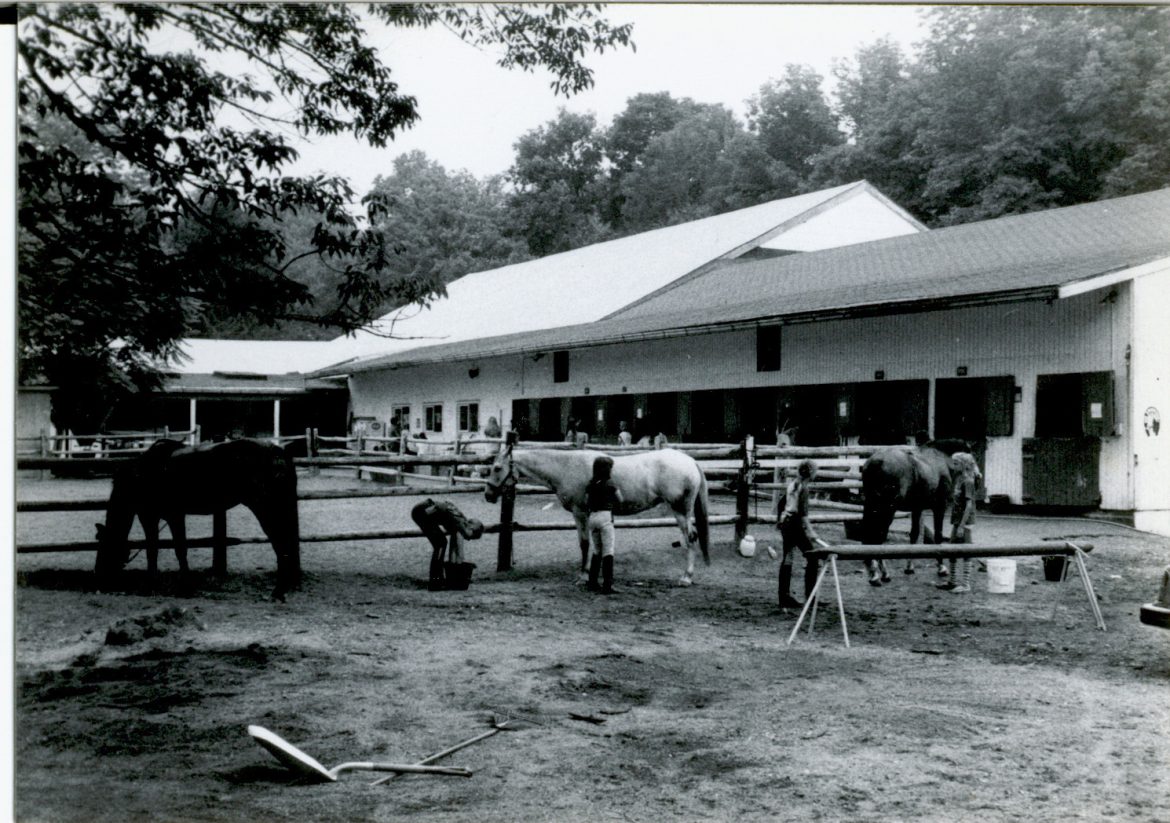 The New Canaan Chapter of the League of Women Voters, New Canaan Mounted Troop and the New Canaan Beautification League are united by their focus on community engagement and service.

The League of Women Voters is the local chapter of a national organization that helps register citizens to vote, and provides voter education about candidates and issues, according to LOWV Chapter President Miki Porta.

“We’re really all about civic engagement,” she said. “A lot of us are just history and civics and government geeks who really believe that the more of us who volunteer and get involved, the better life is.”

Porta said that running the candidates’ debate prior to Election Day is the LOWV event that makes the biggest difference in the lives of New Canaan residents. 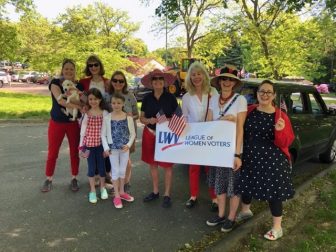 The LOWV, with a New Canaan membership of around 100 people according to Porta, is also responsible for a number of other local initiatives, including running voter registration for New Canaan students and adults, publishing an annual voter’s guide to all local, state and federal representatives, conducting educational forums on issues relevant to the town, and commissioning studies.

Asked about the LOWV’s future, Porta said that the organization may put more emphasis on advocacy. At a national level, the advocacy arm “takes positions on issues, whether it’s the environment or voting rights,” Porta said.

“This advocacy wing has always been part of the organization, but the New Canaan League really chooses to focus on issues pertaining to New Canaan,” she said. “I do think that in the future maybe some of our members will want to know more about what’s happening in advocacy and learn how they can plug into the existing League networks.”

Asked for her view on what it says about the LOWV that it has lasted 80 years, Porta said, “We’re very, very clear on our mission,” adding, “We really see ourselves as a link in the chain of democracy, and [as continuing] to uphold the ideals of our republic and …be sort of good worker bees to keep it on the rails.”

The New Canaan Mounted Troop is an educational and youth equestrian organization with a mission to “build leadership, responsibility and confidence in youth through sound horsemanship and to enrich the lives of individuals with special needs” through equine assisted activities,” Executive Director Sara Tucker said in an email. 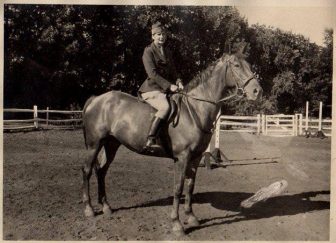 The organization, which has a roster of more than 100 active volunteers for its therapeutic equestrian program, as well as parent volunteers and a volunteer board, is “thriving,” Tucker said. NCMT serves around 105 children in its youth development program (the ‘Troopers Program’), while the therapeutic program (the ‘Super Troopers Program’) has grown from its inception in 2012 to serve 136 individuals last year.

NCMT was founded by then-New Canaan resident Margaret Cabell Self in 1939 after she observed a Junior Cavalry of America ceremony in New Jersey. Self was a prolific author, publishing over 40 volumes and was actively involved in running the organization for over 20 years, according to the NCMT’s website.

Asked what the biggest difference NCMT makes in the lives of local people, Tucker said that the youth development program “offers an environment where children…develop life skills in leadership and responsibility and develop confidence all through learning to care for another being, our horses.” Furthermore, the equine assisted therapies offered by NCMT “help participants reach physical, psychological, cognitive, behavioural and communication development goals,” Tucker said. 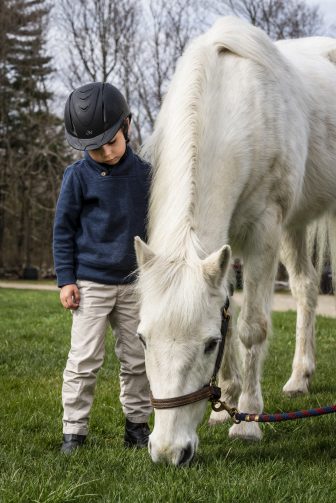 A ‘Super Trooper’ with a pony named Blue. Credit: NCMT.

“NCMT has been a vital part of the New Canaan community for 80 years,” Tucker said. “As an organization we march in the New Canaan Memorial Day Parade, participate in the summer sidewalk sales, offer tours and equine care demonstrations to other local not for profits…and provide a program engrained in tradition that has evolved with the times and needs of the individuals and community we serve.”

The New Canaan Beautification League is an organization with a single mission: to keep “the town looking nice”, said past President Faith Kerchoff, now responsible for the Civic Beautification arm of NCBL, along with Rob Carpenter.

Around the time of its founding in 1939, the NCBL was involved in the war effort.

“They did victory gardens…they had a seed exchange,” Kerchoff said. Not only that, she added, “but then they sent [the money that they made] to Europe so that the people there could buy seeds, and start their gardening clubs again.”

These days, the NCBL is responsible for maintaining a number of areas around New Canaan, including 29 traffic triangles, planters at Town Hall, hanging baskets in the downtown area, the train station and the Post office drop-box—“selecting plants, planting them, weeding them, taking care of them,” Kerchoff said.

The NCBL, with a membership base of 170, makes an impact by keeping the town beautiful. 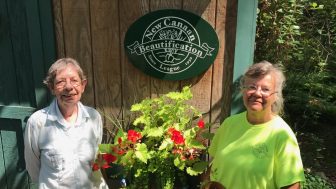 “We learn from each other and each others’ gardens,” said Kerchoff in answer to a question about the NCBL’s longevity. “It’s a great fellowship and I think that’s what it’s all about,” she added.

Kerchoff said that the organization is “really grateful” for the support it receives from the community both during its annual fundraising appeal and while carrying out its work in the streets of New Canaan.

“They get it,” she said. “They see us working in our T-shirts and they see us in triangles and you don’t work for 15 minutes before somebody goes by and says ‘Hey, that looks wonderful.’”