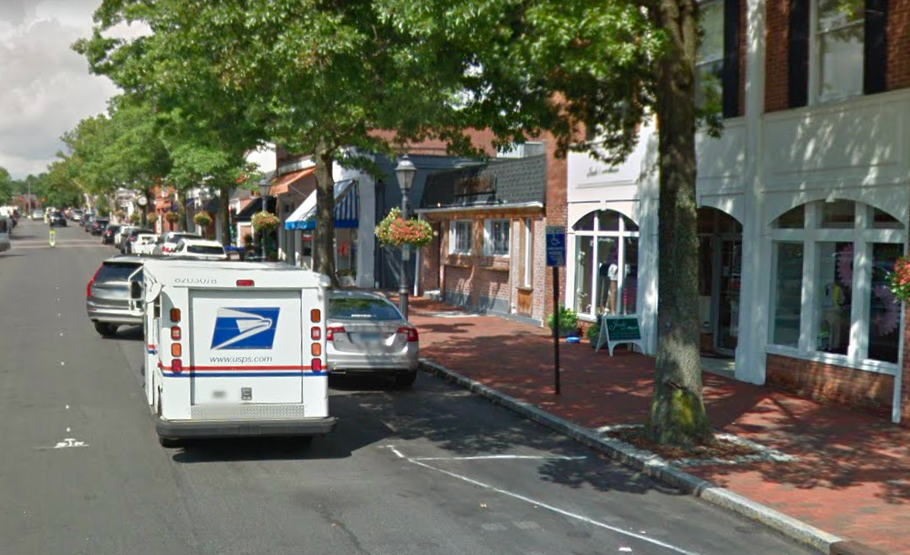 Town officials this month voted unanimously to uphold a $150 ticket issued to a New Canaan woman who had parked in a disabled space on Elm Street.

Trine Lozier told members of the Parking Commission during a recent appeal hearing that she’d come downtown on the afternoon of May 8 (a Wednesday) to meet girlfriends for lunch at Rosie to celebrate her birthday.

“I saw this spot and so I reversed into it,” Lozier said during the July 11 hearing, held at Town Hall. “I couldn’t believe I got this spot. And I never saw the handicapped sign.”

In her appeal, Lozier said the signage on Elm Street is confusing because some say there’s two-hour parking and, though there may have been another sign indicating the disabled space, there was no blue “handicapped painted symbols on the road.”

“I worked like a lot of retail and stuff, too, and I am always like so supportive of the town shopping and I have to say, that the parking situation, I’ve become embarrassed, I used to work in Greenwich, also, I’m an interior designer, and I was always so positive about our situation, we try to keep everyone shopping locally and try to support the town, but the parking situation is just out of control,” she said.

Lozier added, “Don’t you want people to come here?” Later, she said, “What I am saying to you guys is I would never do this.”

Yet she did, by her own admission and according to photos recorded by parking enforcement.

During the hearing, Crum noted that New Canaan offers nearby metered parking lots at Morse Court and behind the Playhouse, among other places, and that the downtown faces a problem whereby motorist “tend to park on the street [in the free spaces] and then sit there.”

During brief deliberations, the commissioners noted that Lozier in her appeal included photographs from a full month after she’d been cited.