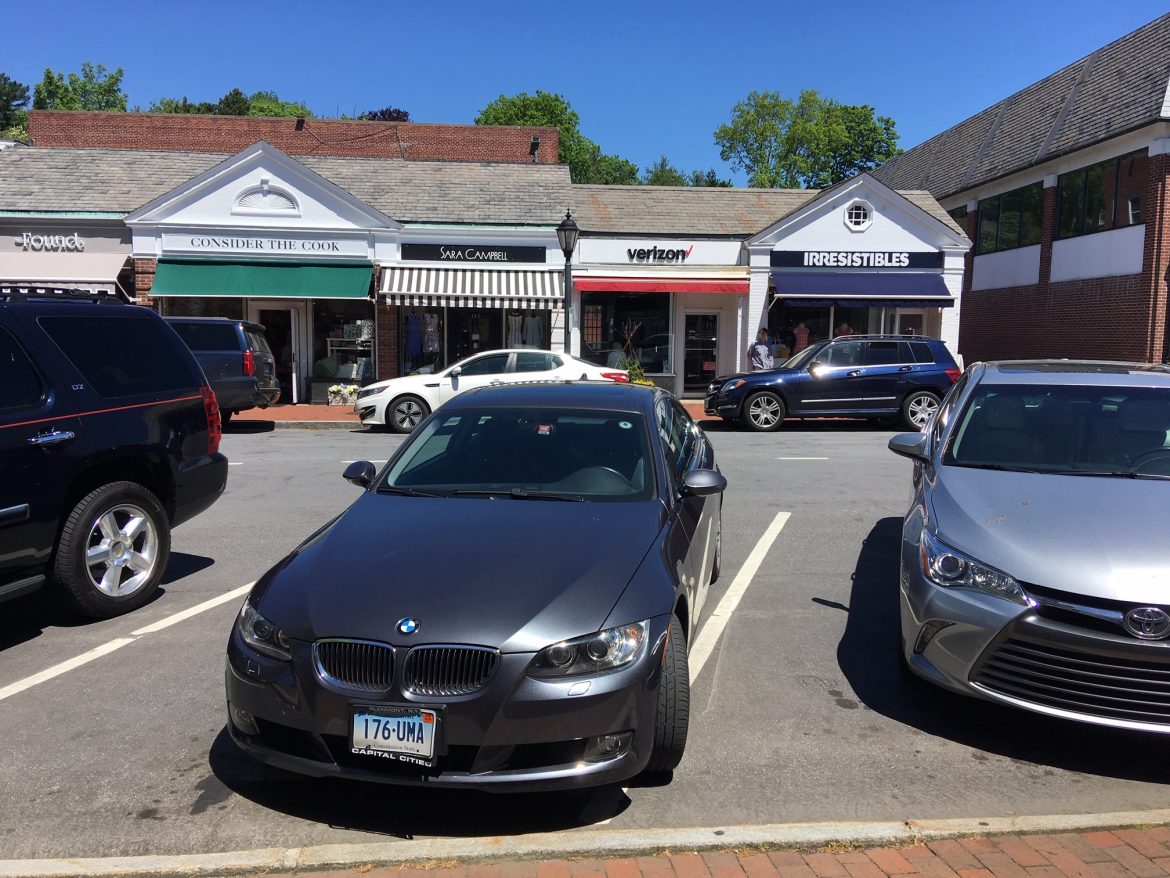 These are excerpts from recent appeal letters that motorists filed with the New Canaan Parking Bureau after receiving tickets.

“I AM NOT PAYING THIS. I WAS IN THE PARKING SPOT AT THE CURB TO RUN SOMETHING INTO HALSTEAD. I WAS THERE FOR NO MORE THAN (TEN) 10 MINUTES 🙁 THE SIGN AT THE CURB SAID 15 MINUTES MAX!! HAPPY EASTER”

“I was working at New Canaan Country Club construction with Camsan Electric. Went on break and was asked to grab coffee for our crew. It was a small order, I wasn’t in Dunkin for more than 2 minutes. There was no parking and I had already circled the block. I parked in handicapped spot as I planned on being quick, and needed to get back to work as soon as possible. When I came back out they were already writing the ticket. I don’t normally do this type of thing. My driving record is very clean and I don’t think it’s fair that I received a ticket for such a brief interaction. I cannot afford the ticket and was hoping there’s something I can do to make amends or appeal the ticket.”

“One of my artists (elderly) parked in front of the gallery to unload 3 paintings w/o seeing the hydrant.”

“For my job as a rep I carry dozens of heavy books about 5-10 lbs each up & down to a client. I took about 30 mins to unload the books & reload them. Does this not count as loading because I’m not in construction? I understand if not, could I please be pardoned this one time? For reference I’m only 5’1” so it’s hard to carry the books. Thank you!”

“Earlier today, close to 10 AM, going to the library, because of the construction and installation of the gas pipeline along Maple Street that leads to the library’s parking lot entrance was blocked and closed, I was unable to park at the library’s parking lot. I parked on Main Street in front of the library. After I was finished and came out of the library, I notice that a few minutes earlier I had been ticketed for overtime parking. At the first glance, noting that the ticket was issued for a Chevrolet car and my car is a Toyota Prius; I thought the ticket was placed on my car by mistake. But after comparing the license plate number on the ticket with my car’s license number, I realized the the ticket was for my car and that I had parked a little longer than allowed. If the street was not officially closed for construction purposes, and I was able to park at the library’s parking lot, I certainly would not have parked on the street. And when I decided to park on the street, I had no intention of staying beyond the two-hour parking limit. As mentioned above because of the disruption of normal traffic and access to the library’s parking lot this happened. Considering the circumstances, I ask for your understanding and request to waive the $25 fine for this ticket. If necessary, I am prepared to appear personally to present this appeal.”

“Earlier today I received a parking ticket for allegedly parking in a Handicapped parking zone on Elm Street. I would like to formally dispute this fine as the signage is most confusing:

“The presence of the green 2 Hour Parking sign with bi-directional arrows, which appear all along Elm Street, coupled with the absence of any handicapped painted symbols on the road, led me to believe that it was permitted for me to park in one of the spaces under the allowed 2 hour guidance. I would appreciate your favorable review of this case and a cancellation of my fine. I would suggest that the current signage be amended to make it clear this is a 1 (or is it 2?) handicapped space, and that the asphalt be marked to better delineate which space is meant for vehicles bearing the handicapped tag.”

“Our driver was not parking in the no parking zone. He had pulled over temporarily to answer a phone call from our office. While on the phone, he was handed a ticket by parking enforcement. He attempted to explain to the person, he was not parking. He immediately called in and left a message on the number listed on the  back of the ticket. We request this ticket be voided.”

“I am writing to request an appeal of the attached ticket I went to my Ex-Wife’s house at [number] Kimberly Place to meet a repairman from BTU Systems at Noon. I was there for an hour, signed the attached repair document at 1:15 and returned to park on Forest Street around 1:30. I received the attached ticket at 14:09. I think the issue may be that I was previously parked on Forest several spots away?”

“I would like to appeal a ticket a received on 4/17/19. I have lived in town for since 1975, went away to college, and recently moved back to town to care for my elderly parents. The important points I would respectfully make are:

“I understand that people come up with all sorts of stories. I’m happy to provide you with my tax return or any other documentation to support my case.”