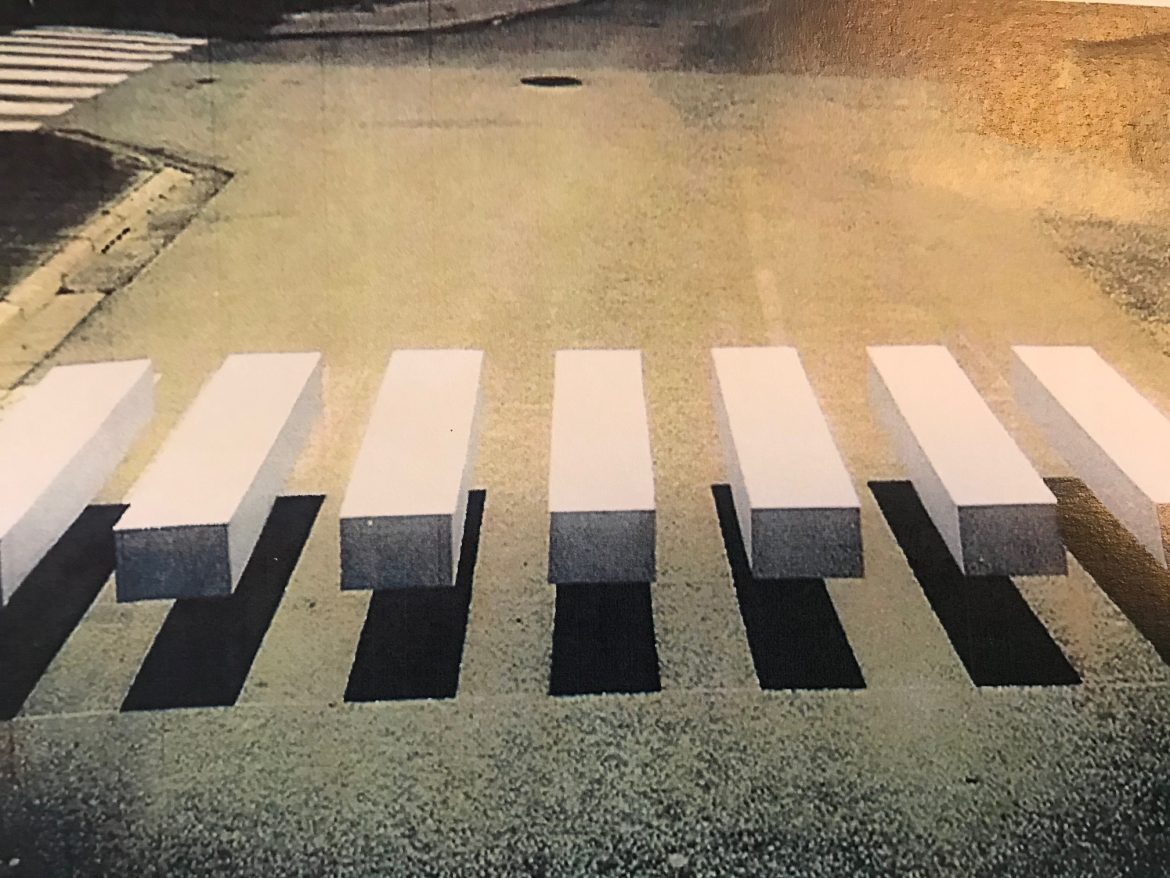 An example of a "3D crosswalk."

The chair of the Parks and Recreation Commission at the appointed body’s most recent meeting voiced appreciation for six local volunteer efforts in New Canaan.

Rona Siegel in providing an update during the Commission’s Oct. 16 meeting credited individual residents and nonprofit organizations that have enhanced or are expected to improve areas of public parks here in various ways.

“I think it takes a village,” Siegel said at the meeting, held at Lapham Community Center. “And as much as there are things that are bumps in the road, there are a lot of people that make stuff happen in New Canaan.”

She named: the Waveny Park Conservancy for its work in and around the pond at the foot of the sledding hill; New Canaan High School graduate Celia Sokolowski, who installed “bat houses” at local parks as part of her Girl Scout Gold Award project; NCHS senior Henry Pohle, who for his Eagle Scout project installed two new benches dedicated to local veterans at the memorial Gold Star Walk in Mead Park; and Allyson Mahoney and Monica Capela, who led the Friends of Mead Park Playground’s efforts, in conjunction with the town, to get new equipment and a poured-in-place rubberized surface there.

In addition, Siegel said she wanted to show appreciation “to the volunteers that are not part of a group but have helped out at Spencer’s Run and helped out at Irwin Park.”

Her comments came on a night that the Parks and Recreation and Police Commissions both voted to support an effort from a group of Girl Scouts from East Elementary School seeking to see, “three-dimensional” crosswalks installed at Waveny. The crosswalks are painted in a way to make them appear as though they’re rising from the asphalt and have been shown to slow down motor vehicle traffic. The students—fourth-graders Kate Beuerlein, Ella Ferrer, Stella Heijens, Treasure Hudson, Kathryn Iacono and Madison Ruggieri—worked with Public Works Director Tiger Mann on their proposal. The 3D crosswalks are to replace some regular crosswalk striping already installed along main road through Waveny, including at the intersection of the road that runs toward Lapham.