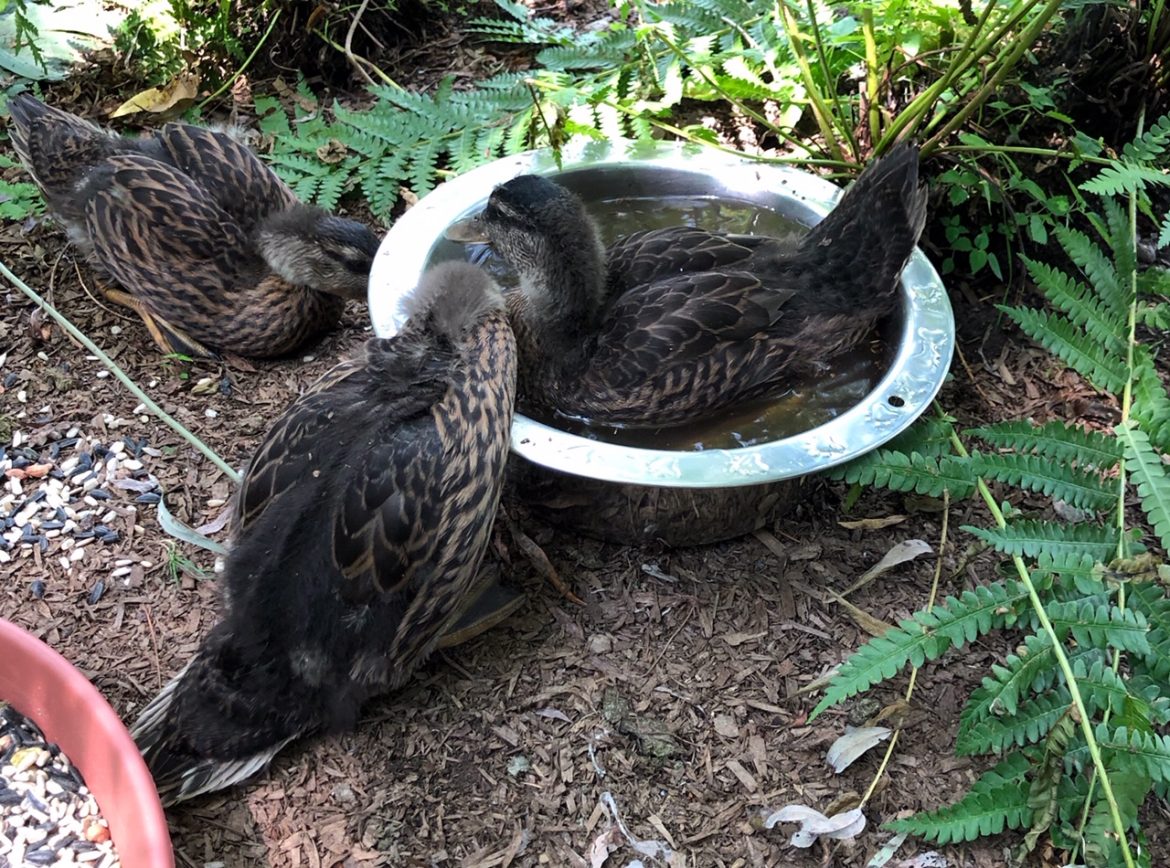 The dumped mallard ducks. Photo published with permission from its owner

Police say one of four young domesticated ducks that someone appears to have dumped July 4 at Mead Park did not survive its first weekend there and that a New Canaan woman has agreed to let the remaining waterfowl rehabilitate on her private property. 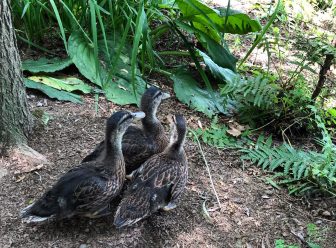 The three surviving mallard ducks that officials believe to have been dumped July 4 in Mead Park. Photo published with permission from its owner

Officials learned about the abandoned ducks July 9 when one of the tennis pros at Mead reported that the birds had been walking up to park visitors as though seeking food and water, according to Officer Allyson Halm, head of the New Canaan Police Department’s Animal Control section.

Responding to the park, Halm found the ducks to be “in some distress” and “very thirsty,” and after consulting with authorities at the nonprofit organization Wildlife in Crisis learned that a person had been seen releasing the animals at Mead the prior week.

They likely were mail-order mallards or else baby ducklings that had been found by a family and raised in a home “until they didn’t like them anymore,” Halm said.

“They have zero defense knowledge or flight drive, no survival skills,” Halm said.

Though the three surviving ducks appeared to be grazing at Mead, “the problem was that they did not go into the pond—they didn’t recognize the pond as a safe haven,” she said.

Yet the ducks when shown a water bowl hopped into it to swim, Halm said, indicating that they’d been domesticated in the past.

It isn’t clear what happened to the fourth duck, “but now there are just three, and we knew they wouldn’t last long because they have no skills,” Halm said.

In fact, the ducks were waddling up to customers at the Apple Cart food counter at the Mead Park Lodge, Halm said. After staff members there tried to shoo the ducks away, one customer “felt so bad that he scooped one of them up and took the duck home” to his house on Richmond Hill Road, Halm said.

After connecting with a New Canaan woman who agreed to have the ducks rehab at her property in the northwestern part of town, Halm on July 10 returned to Mead Park and found the two ducks near the Apple Cart and the third standing dehydrated and disoriented in the man’s driveway. Halm said that because the woman who agreed to receive the ducks has a pond on her property that’s already inhabited by wild ducks, the domesticated ones are expected to model those birds’ behavior and learn how to survive.

The lessons for residents of the town, Halm said, are to never mail-order animals or try to rehabilitate abandoned wildlife on one’s own, never dump animals thinking they’ll be OK, and to contact police and wildlife professionals when encountering distressed animals.