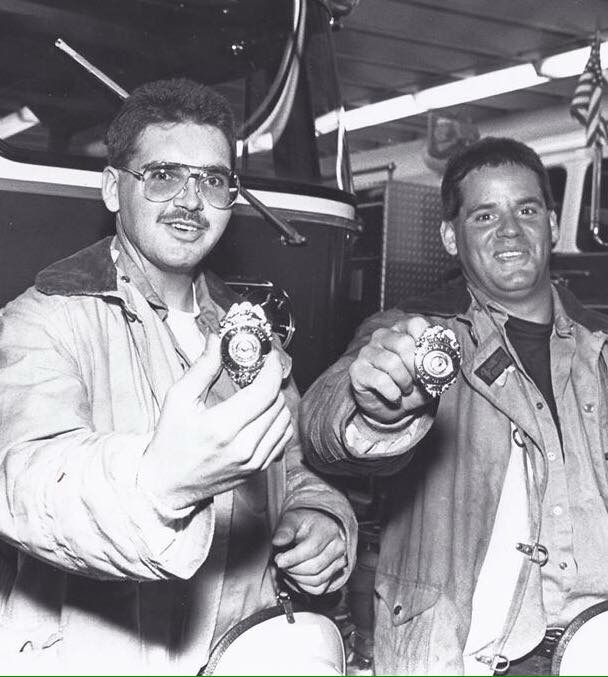 “The fire department is a brotherhood,” Pickering told NewCanaanite.com Monday. “I have made some great friendships over the years.” 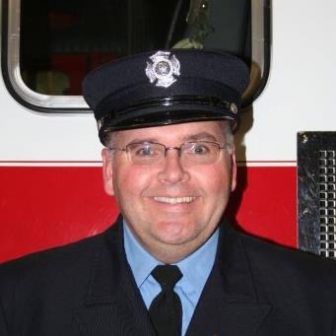 At the end of this month, Pickering will retire as a firefighter after 30 years of service with the New Canaan Fire Department—an agency he was inspired by his own family members to join.

“My dad was a volunteer, and my uncle—my dad’s brother—was a career firefighter for the town of New Canaan,” he said. “I had always admired them and what they did. It’s something that I wanted to do even when I was younger.”

The three decades he has spent at the NCFD have been a period of change, he said, both in terms of the demographics of the New Canaan residents the department serves and also in terms of the technology involved in firefighting.

“Early detection is the key to fighting fires,” he said. 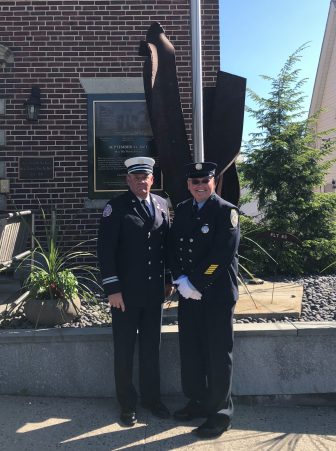 Pickering will work his final shift during the day on Aug. 25, with his official retirement date on Aug. 31.

“I’ll just miss the camaraderie you have with the guys,” he said. “You just become a cohesive team. When the bell goes off we all go to work and we know what our job is and it’s very rewarding.”

He said that he would also “miss the rush of going on calls.”

“My forte is operating the apparatus, I love doing that,” Pickering added.

During his time at the NCFD, Pickering said he served as Treasurer, Vice President and President of the union. In those roles, he was heavily involved with a number of changes. In 2005, Pickering said he negotiated to increase the number of firefighters on each shift from four to six to increase safety; several years later, he initiated a smoke and carbon monoxide detector campaign after a fire in Stamford that killed five.

Pickering said that these are the “things I am most proud of that I did in my career.”

Reflecting on his career, Pickering said that he has loved being a firefighter, but that it has also taken a toll on family life—the hours have meant that he has often missed holidays and important events like birthdays and anniversaries. He accepted that this was “part of the job,” but said he was looking forward to a regular and predictable schedule at his new job doing security for a school in Norwalk. 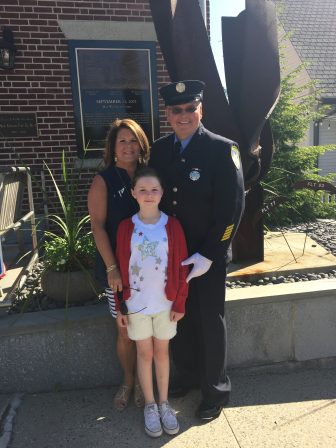 “My daughter’s 10, plays softball, so I’ll be able to go to all of her practices and her games,” he said. Pickering’s wife, Eileen Pickering, works in the New Canaan Public Schools, so he is also looking forward to having school holidays off work with her, he added.

Pickering’s new security job wasn’t something that he was looking for but rather something that “fell into [his] lap,” Pickering said. He already knew he would be retiring when he received a phone call asking whether he would be interested and “everything just fell into place,” he said.

“I’m young enough to start another career and also spend time with family and friends,” he said. “I still plan on stopping in the firehouse a cup of coffee or a meal now and then.”