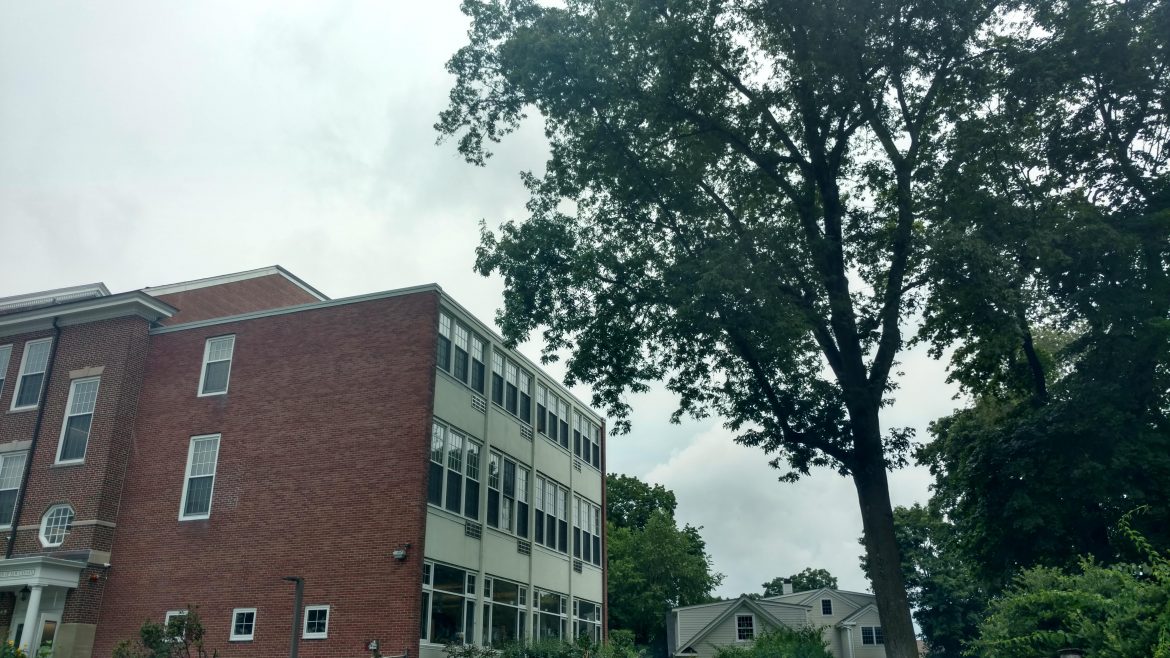 Town officials last week approved a contract worth nearly $100,000 for the installation of a new roof at a local day care.

“It’s a flat roof, it’s 30-something years old, it is leaking,” he said. For the past several years, Oestmann said, he has had contractors patch the roof, but now a review by engineers has concluded that “it’s time” for a new roof.

Replacement of the 4,000 square-foot roof will take “a good two weeks plus,” Oestmann said. He said he hopes to get the majority of the project completed while the day care is closed for two weeks in August.

“The worst part of the noisy part will be done first when the kids are not there and then the final—just doing the gutters and some of the flashing work which doesn’t require a whole lot of noise” will be completed afterwards, Oestmann said.

Oestmann said Antonelli moved around his company’s schedule to accommodate the project in order to “continue the relationship” with the town. Antonelli also didn’t impose a premium for completing the work in the town’s required August timeframe, Oestmann said, whereas a competing bid did.

The successful contract is for $88,300, plus a contingency amount of $8,830 for a total project of $97,130. Moynihan asked whether the roof to be replaced with this money covers the entire Day Care Center. Oestmann replied that it covers 80% of it.

Devereaux asked about the condition of the roof as a whole. Oestmann said that the roof of the rest of the Schoolhouse Apartment building is the responsibility of “the schoolhouse folks,” but that he has provided them with some assistance over the years. He said that a new roof was put on the rest of the building “about eight or nine years ago.”