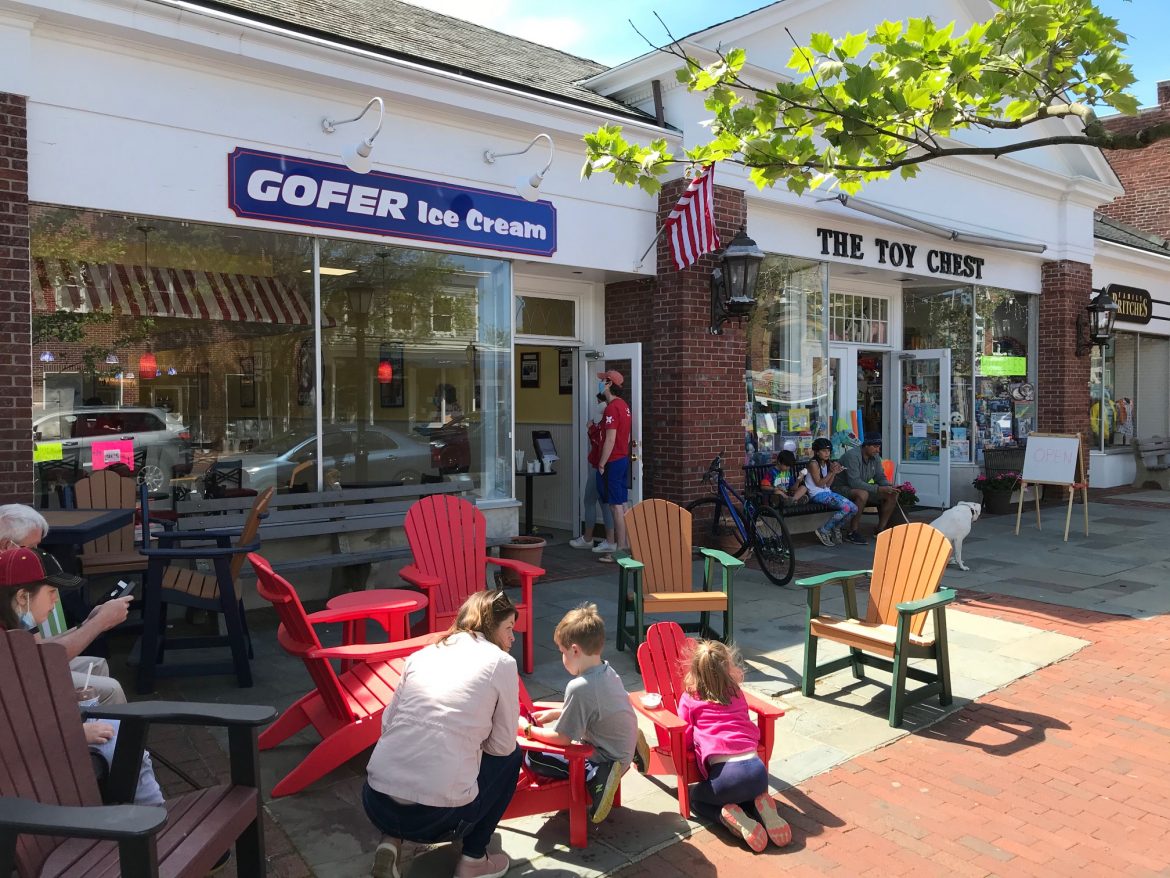 Outside of The Toy Chest and Gofer Ice Cream on Main Street, on May 20, 2020. Credit: Michael Dinan

Shoppers on Wednesday took to downtown New Canaan in greater numbers than they had in weeks, as several “non-essential” retail stores reopened, with public health precautions, for the first time in more than two months. 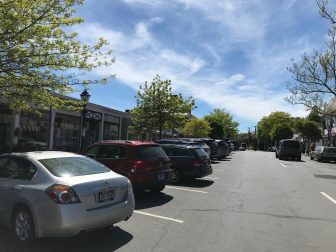 Asked how she felt about the milestone in New Canaan’s phased reopening, a gradual process guided by both state and local officials, regular downtown shopper Caroline Stuart said, “Woo-hoo.”

“It’s like Christmas has come early,” the Weston resident said while shopping inside J. McLaughlin on Elm Street. “I’m thrilled. We get to go back. We get to interact with people. The cars are on the streets here. It’s fabulous.”

Several retail shops, including many women’s clothing and accessories boutiques and some food service establishments, reopened on a clear, sunny day that saw downtown New Canaan’s sidewalks and streets visibly fuller than they had been in weeks. About half of those enjoying the downtown wore masks while outside, as New Canaan’s highest elected official has urged. On Friday, downtown visitors are expected to have expanded options for outdoor dining at local restaurants. On parts of Elm, Forest and Main Streets, the town is allowing restaurants to “bump out” onto the sidewalk to expand their outdoor table space. 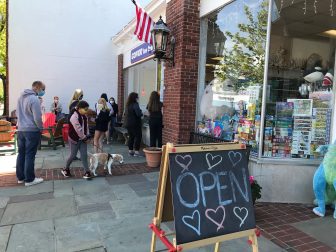 Outside of The Toy Chest and Gofer Ice Cream on Main Street, on May 20, 2020. Credit: Michael Dinan

One of the busiest areas was Main Street, where locals enjoyed ice cream from Gofer on the day the business opened, and perused the aisles at The Toy Chest next door.

The manager there, Tara Haug, said customers are happy to be back.

She added, “We are still doing curbside for people who don’t feel comfortable coming into the store.”

Inside, the shops feel a bit different, with tables inside the door set with hand sanitizer and masks, signs asking patrons to respect social distancing, new plexiglass dividers at registers and, in many cases, notes asking customers to pay with credit cards instead of cash.

Against the Grain owner Chris Meier said the reopening was “definitely exciting.”

One thought on “‘It’s Like Christmas Has Come Early’: New Canaan Businesses Start To Reopen”