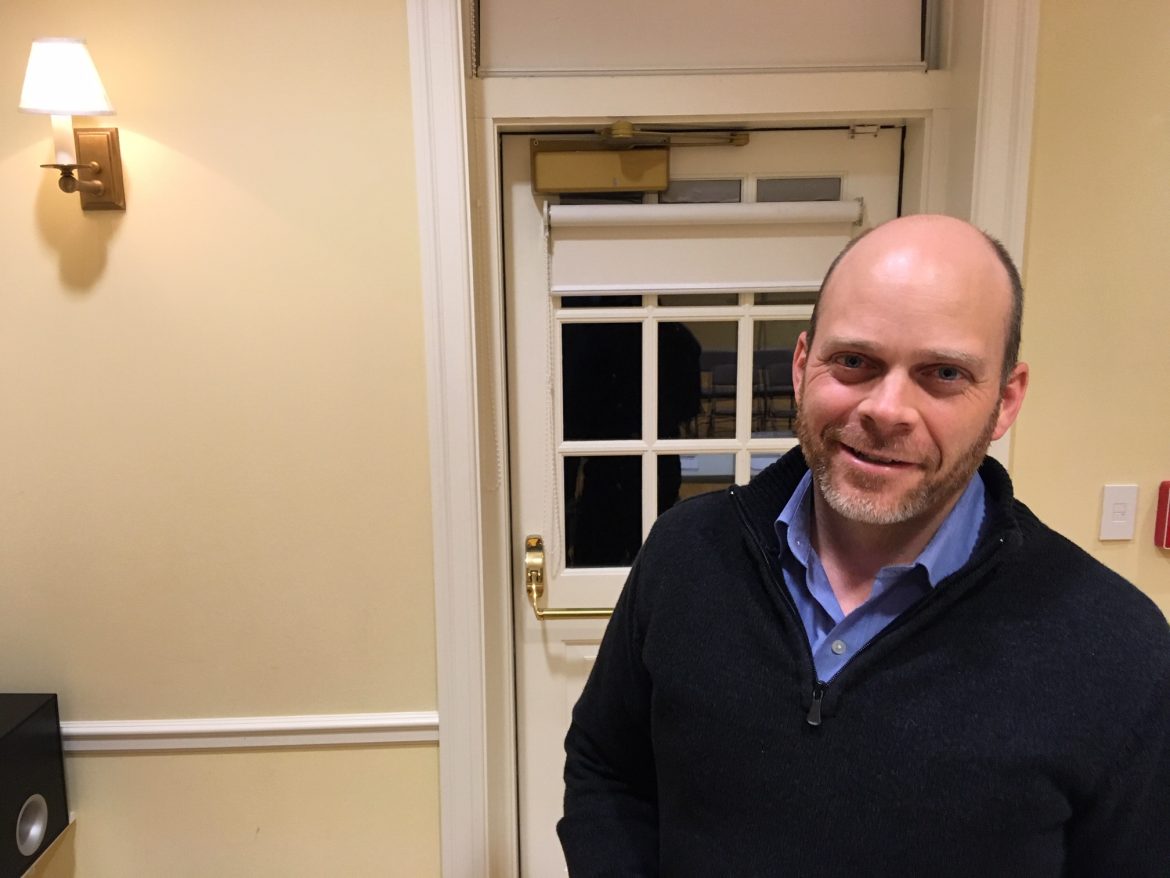 The newest member of the town body responsible for advising on public parks and recreational facilities is a commissioned officer with the Army National Guard who has lived in New Canaan for three years.

Jack Hawkins introduced himself during the Parks & Recreation Commission’s most recent meeting, noting that he has “moved all around throughout my entire life” between the military and school, though his wife is native of the region.

“She is from Manhattan and we have a daughter, she is three years old and we moved to town three years ago,” Hawkins said during the Commission’s Dec. 12 meeting, held at Lapham Community Center.

“So we were looking around—I am kind of analytical, a finance guy—and we were looking around and studying different towns, and we found New Canaan, and the more and more we got to know it, the more we loved it. I’m a frequent user of the parks and recreation, especially with young kids and being in the military and having to live up to our physical fitness standards.”

Hawkins has been appointed to a seat that had been held by longtime Commissioner Jason Milligan, who stepped down, Chair Sally Campbell said.

“We are thrilled to have you, so welcome,” Campbell told Hawkins during the meeting.

Now a father of two, Hawkins is an infantry officer with the Army National Guard, and he holds a bachelor’s degree in economics, an MBA in finance and economics and a doctorate in economics, all earned from different schools.

Asked about his interest in joining Parks & Rec, Hawkins told NewCanaanite.com during an interview that “it’s a fun one to be on.”

“My wife, she is a frequent user of the parks with our kids, so just being involved with the town,” said Hawkins, who added that his family are members of the Congregational Church in town. “There are other things I’m doing here, but being involved with the town, my wife has brought up the parks that she’s visited with our kids and all that and just as they continue to grow up, it seemed like a good group to join.”