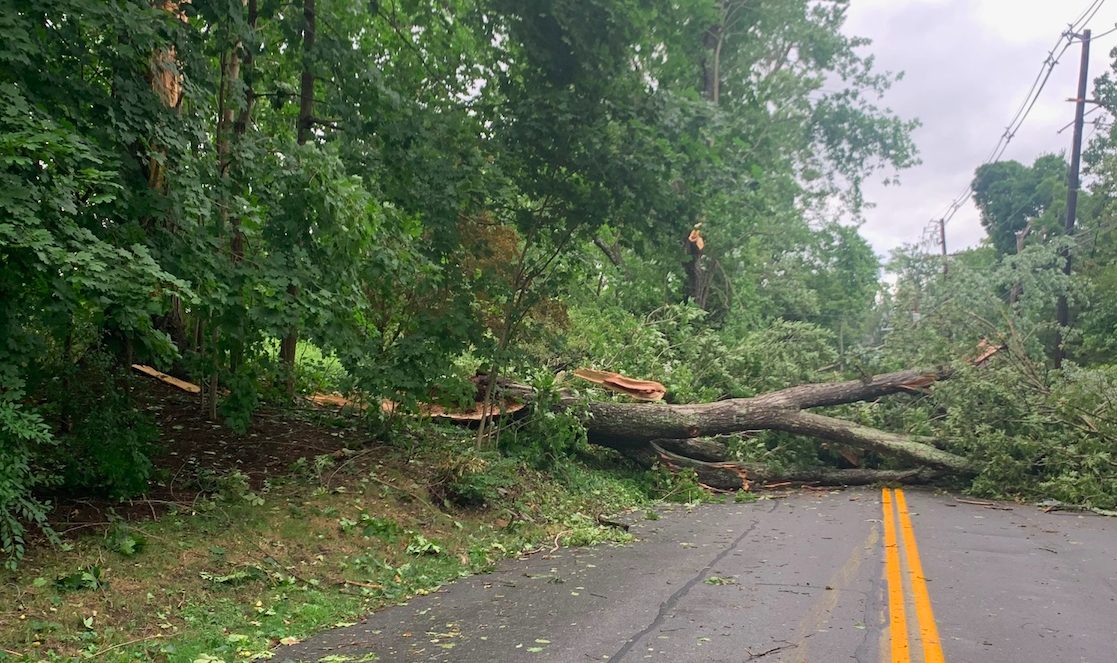 New Canaan’s highest elected official said Monday that the town is learning much about “the fragility of our communication systems” following a storm that’s knocked out power for thousands of households for several days.

Officials are learning about both cell service and Optimum Internet access, First Selectman Kevin Moynihan said during a regular meeting of the Selectmen’s Advisory Committee on Buildings and Infrastructure.

“Because I didn’t realize that the Locust Avenue building doesn’t have emergency power, so the Verizon tower was out, and then the AT&T tower was out at the Country Club,” Moynihan said during the meeting, held via videoconference. “Besides the fact that most people  have Optimum out. So that has been eye-opening as to what we have to try to do to improve the stability of our communications during emergencies.”

The comments came as New Canaan slowly regained power following an Aug. 4 tropical storm that saw guests upwards of 70 mph take down dozens of trees, limbs and power lines. At one point more than 80% of New Canaan had no power. As of 8:30 p.m. Monday, about 17% of Evesource customers in New Canaan had no power, the utility company said. (By comparison, Darien had about .6% of customers without power at the same time, according to Eversource data, while Wilton was at 23.9%.) Hundreds of New Canaanites have flocked to the library, Town Hall and Lapham Community Center in recent days for air conditioning and access to WiFi and phone systems.

Moynihan has been critical of Eversource’s response. The company said it expects to have New Canaan power restored by 11:59 p.m. Tuesday.

Public Works Director Tiger Mann said during the meeting that there are seven total crews in New Canaan, doing work such as clearing areas of fallen trees and debris.

“The restoration side is a little more difficult, problematic and Kevin has been on that pretty hard the past couple of days with Eversource management, saying that we need some more presence,” Mann said.