What follows are excerpts from parking ticket appeals letters filed recently with the New Canaan Parking Bureau. Where available, we’ve included information on the violation for which these people were cited, in what amount, and where and when the violation occurred. For context, we’ve also added town of residence for the ticketed motorist. We preserve spelling, capital letters and punctuation as written by the appellant.

“I was running to get a quick coffee at Bagel Shop and drove into parking lot. There was parking at the normal free 15 min side where the ticket machine is at, but there was a ‘temporary loading zone’ sign that is not normally there. I wasn’t sure where to park for quick pickup. So I pulled into a metered spot to run 2 minutes in an out. I saw the meter attendant pull in, but assumed he saw me and my car has an EMS sticker. I got my coffee in less than 2 minutes, but the parking attendant gave me a ticket. He said I should have parked in the free 15 minute zone even though the sign had ‘temporary load zone’ sign there. I have volunteered 5 years in the town of New Canaan as an EMT. I am asking for a waiver of this fine based on: 1. Confusion of sign, whether it was still available as free parking, or one could not park because it said ‘temporary loading zone.’ 2. Park attendant verbally told me after he gave me the ticket that I should have parked at the free zone, even though it said ‘temporary loading park’ zone. 3. Parking attendant said to take a picture of sign and appeal to supervisor. I have the picture on my cellphone if you need to see it. 4. My parking was literally 2 minutes, time that I was there. I did not take away from others (there was ample parking in the lot). I have volunteered for 5 years in EMS, without any pay, from the town for my services. I would like grace for this ticket.” 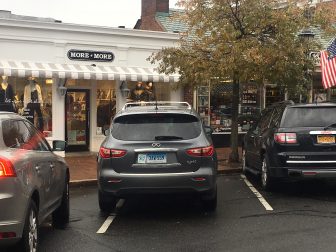 “This ticket given to me is not right, because on this day, I had no time for break during work. I did pay to have my car parked. The person who gave my car a ticket arrived 20 mins after my tix ended. If I had time to pay, I would. Thanks for understanding.”

“I work in New Canaan Diner. I start at 10 am did not have enough quarters coins. I did not see anyone of the Parking Department staff + went to the diner to get change so I can pay the Parking Space. I told the guy I was paying my quarters but he put the ticket already.” 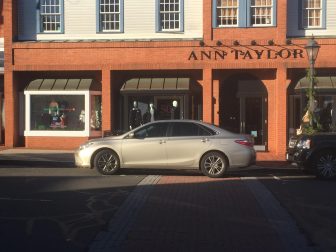 “I parked in the 90 minute parking spots on Elm Street. I had a 10:00 AM appointment and returned to my car at 11:30 AM. I was issued a ticket, but do not believe I overstayed the 90 minutes. Please void this citation.”

“I was parked in this spot, not even double parked, but safer, for less than 3 minutes with hazards on and car running – I thought that was the purpose – a quick run in a store. Further understanding of ticket requested.” 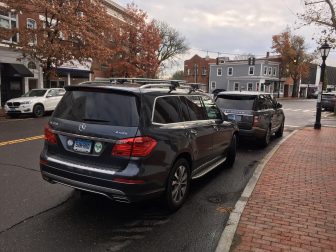 “I had left Cherry Street parking lot at 1:00 PM and came back at 2:45 and parked in the same spot as earlier during the day.”

“There were no additional metered spaces to park at when I arrived at the station for my peak hour train. I was forced to use the additional lots and consequently provided a pass. They not only took my pass $7 but issued this ticket as well. I am a in town resident and there is no where to park so I [illegible] what I had available to me. Out of town residents are filling the metered spots leaving us in town with no choice.” 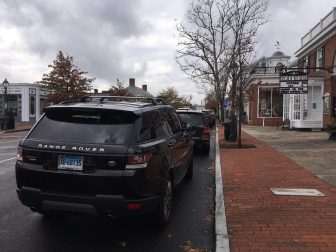 “I am sure I wasn’t there overtime. In addition, I parked with a friend who was in her car. We got out at the same time, had some coffee and then got into our cars at same time. She did not receive a ticket. Same street, same time.”

“I got this ticket after I visited New Canaan for my eye doctor appointment on Oct. 17, 2017. I had expected it would take an hour to check my eye discomfort, so had put in an hour worth of money into the meter, but it took much longer than I expected because there were so many other patients. I could not leave the doctor office after they put some medicine in my eye to diagnose by scanning machine, but it took too much time to get to my turn because of the other patients, during which time the meter had expired. If you could please take into consideration the unusual extenuating circumstances, it would be most appreciated.”

2 thoughts on “‘My Car Has an EMS Sticker’: Parking Ticket Appeals”