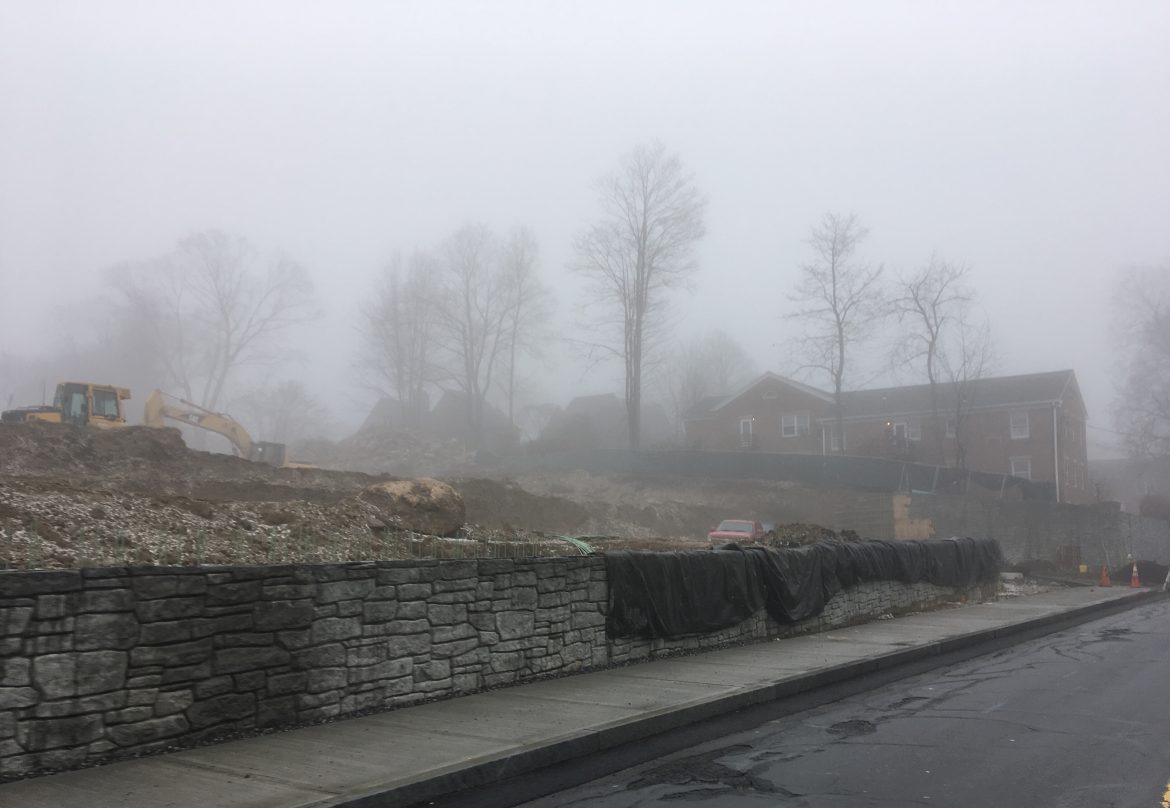 The retaining wall at Merritt Village on a recent afternoon. Credit: Michael Dinan

The owner of the home directly opposite Park Street from the divisive and thus-far standalone retaining wall at the Merritt Village site is pushing back on criticism of its appearance.

David Prutting in a letter to the Planning & Zoning Commission said he and his wife are “happy it’s nearly done” and, referring to the town body’s request for a fieldstone finish on the retaining wall, that “the thought of the 3-month-long installation of a 4-inch veneer is not welcome.”

“Besides, who gets to decide the aesthetic choice of the veneer?” Prutting said in his letter to P&Z, received Jan. 3 by the town.

“Drive along Park Street and beyond and you will view many different looks, from a ‘pile of rocks’ ready to tumble, to flat and round looks, many very unattractive, at least to me. As I often tell our clients, stonework is like portrait painting—some can look really good or really bad.” 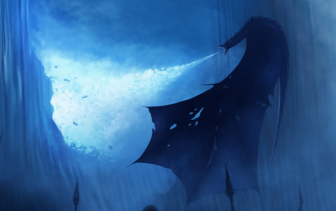 The “ice dragon,” Viserion, in the finale to “Game of Thrones” Season Six, destroying part of The Wall.

The appearance of the wall in October immediately became a flashpoint for some area residents, including passersby and critics of the 110-unit Merritt Village condo-and-apartment complex that P&Z approved more than two years ago. While P&Z tries to figure out whether part of its approval requires the builder, New Canaan’s Arnold Karp, to make the wall itself appear as though it’s fieldstone, Karp himself has said he’s building what the town approved and critics should withhold judgment until the project is further along to judge.

Prutting agrees and in his letter went further, saying “the poured concrete, monolithic wall with the formed stone look is undeniably stronger, functioning as a retaining wall.”

“It is also more ‘crash-proof,’ which sadly will be tested with the way cars speed along that stretch,” he said.

“In short, it doesn’t bother us, and we are the ones who will live with it, and when complete, it will likely look better,” Prutting said in the letter. “A landscape vine-type treatment certainly might be pleasing. Let them finish. Thanks.”