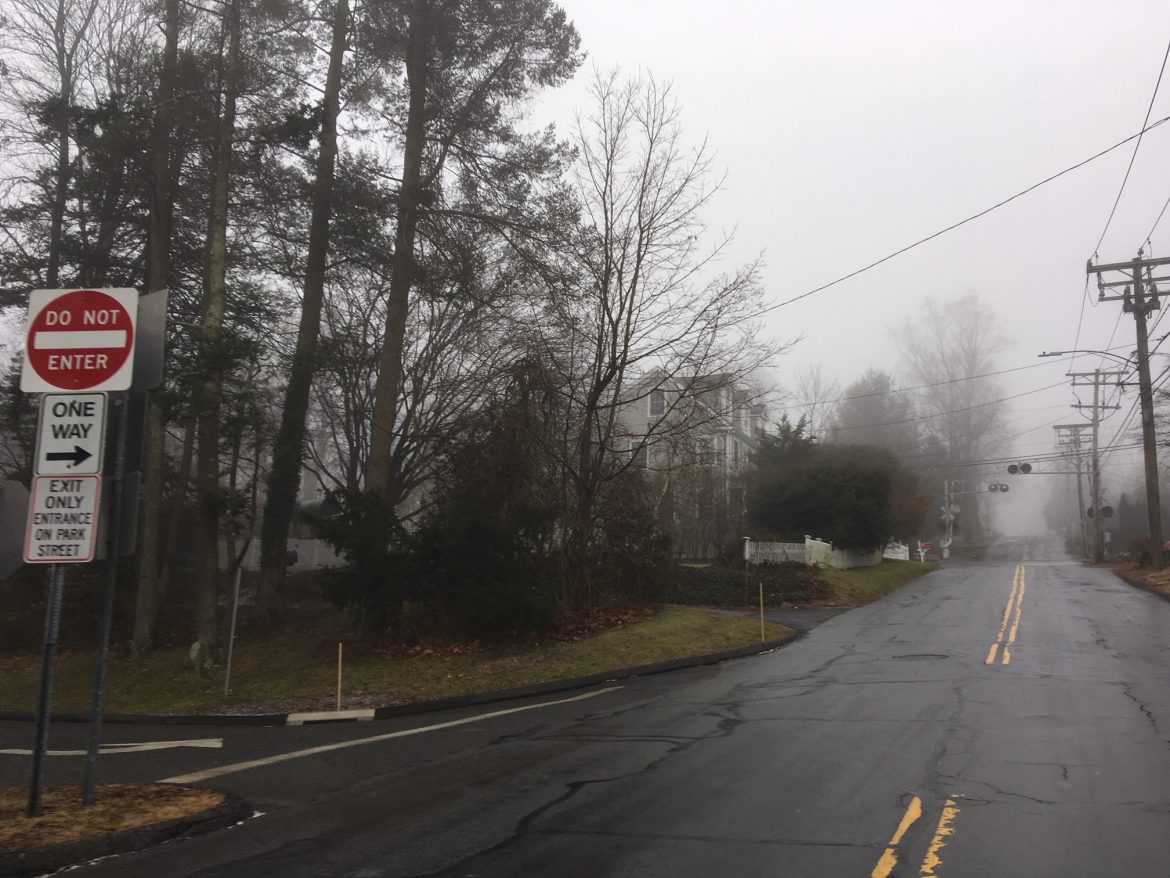 Pictured here, the south side of Richmond Hill Road from Mead Park up to Marshall Ridge Road is to get a sidewalk. Credit: Michael Dinan

Town officials last week approved a $16,000 contract for survey and design services from a Bridgeport-based engineering firm for a new sidewalk to run up the hill from the exit of Mead Park toward Weed Street.

About 70 families in the area signed a petition requesting the sidewalk, which will run along the south side of Richmond Hill Road up to Marshall Ridge Road, according to Public Works Director Tiger Mann.

The town in a 2003 update to its guiding document for land use—the Plan of Conservation and Development or ‘POCD’—said it would “try to connect everyone to our greenways and to our parks,” Mann told the Board of Selectmen during its regular meeting, held Jan. 8 at Town Hall.

“And this fits within not only the expansion of sidewalks from 2003 but also the though from the 2014 POCD to try to bring more people into the downtown area and the train station,” Mann said.

First Selectman Kevin Moynihan and Selectman Kit Devereaux voted 2-0 in favor of the contract, with Cabezas- DeAngelis Engineers & Surveyors. Selectman Nick Williams was absent. The firm has done “excellent work for us in the past,” Mann said, including the design of the Main Street sidewalks and recent sections of sidewalks near Mead Park, on Richmond Hill Road as well as Park, Grove and Mead Streets.

It wasn’t immediately clear how much the new sidewalk would cost New Canaan or how quickly it could go in, though Moynihan did refer during the meeting to a state grant—presumably a Transit-Oriented Development grant—for the  project.

“This is a rare occasion where we can get state grants for something that only qualifies if it is transportation related,” he said.

Mann said the project has received “preliminary approval” from the state.

Nothing that residents there currently drive to downtown New Canaan, Moynihan said the town should seek to “make the Marshall Ridge neighborhood accessible by foot.”

“It is a dangerous street to try to walk to the train from,” he said. “And so I think this is well worth pursuing.”

Devereaux asked whether the Bridgeport firm won the contract as a result of competitive bidding. Mann said no, though the firm came in “markedly low” compared to other design firms. In addition, he said, “there is no learning curve since they know our standards.”