On a picture-perfect Wednesday morning, 47 ninth-grade graduates walked across a stage at New Canaan Country School to receive their diplomas during the 1916-founded private school’s annual closing exercises. 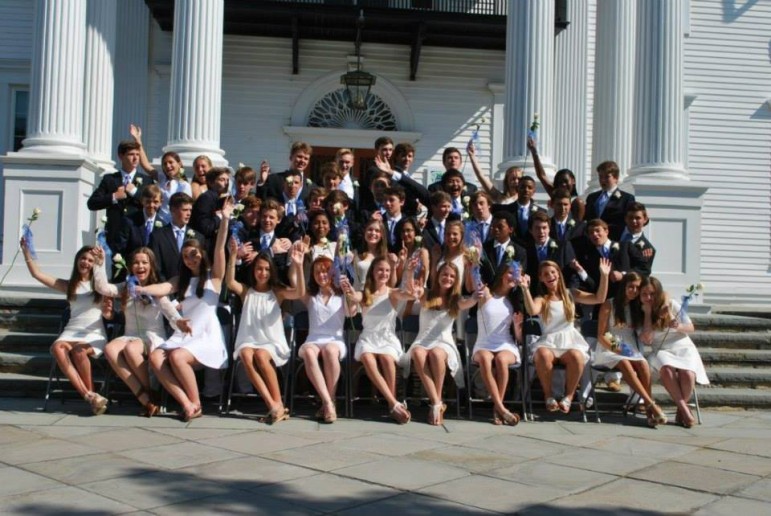 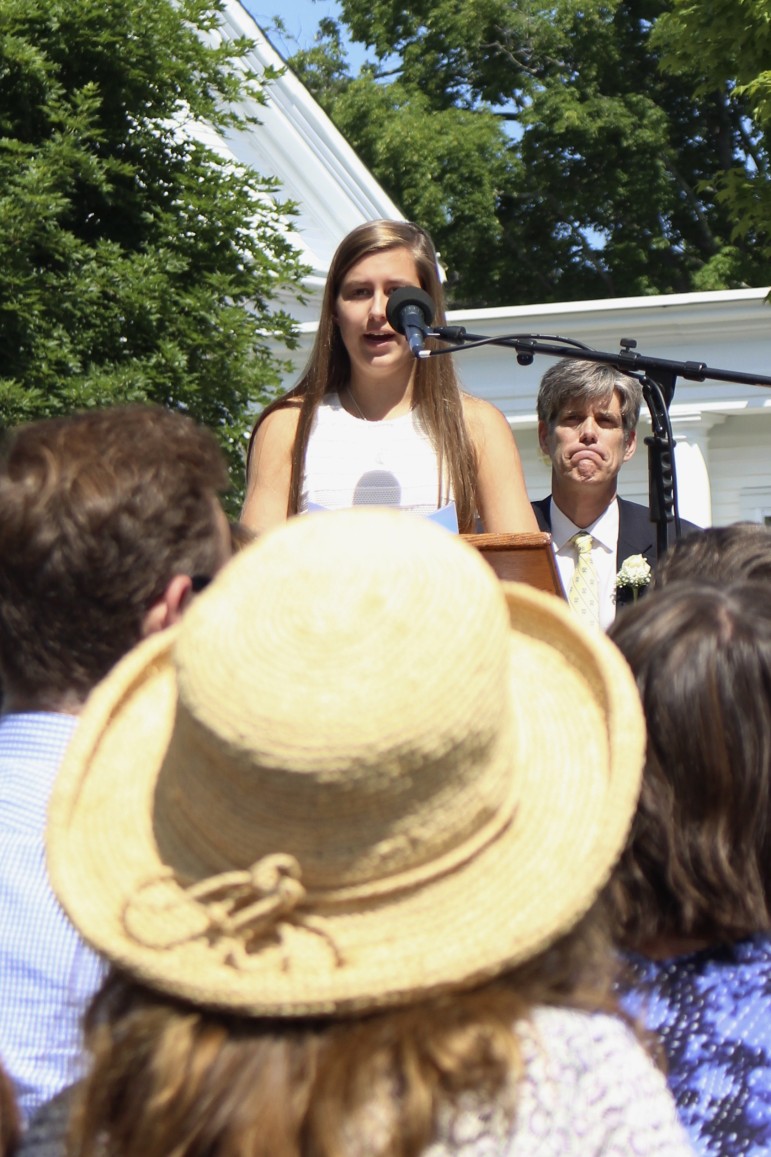 A view of the Country School lawn before the closing exercises began.

Interim Head of School, Peter O'Neill says farewell to the Class of 2015. 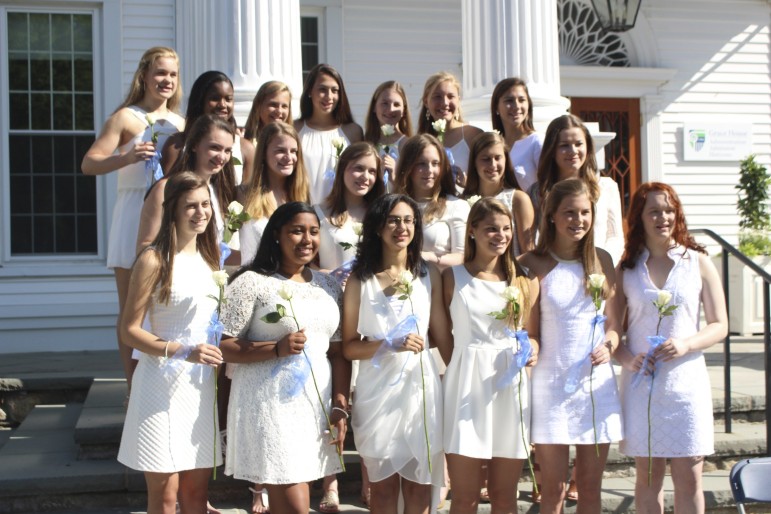 Peter O’Neill, Interim Head of School at NCCS, told the students, relatives and friends gathered for the Frogtown Road school’s annual ceremony that “there are so many superlatives [he] could put out there [to describe the class of 2015], but let it just be said that [he] considers them [his] rock stars.”

Two students of the class of 2015, Ian Murphy of Wilton and Avery York of Norwalk, addressed the class with a class salutation and reflection, respectively.

Murphy, who has been attending the school since kindergarten, is an athlete of the soccer field, a cross country runner and member of the school’s Leadership Council and Discipline Committee.

“It’s truly an honor to be up here right now and to be part of such an amazing class and of course we all couldn’t be up here without the help and guidance of our teachers, parents, grandparents, and anyone else deserving recognition,” Murphy said in his speech. “We thank you dearly for all you have done. In the moments I’m up here I would like to give you all an idea of who this ninth grade is.”

Murphy went on to describe the ninth grade class as a group that became more unified in their final year of NCCS.

“I think that all of us can agree that this year has flown by faster than any other,” Murphy said. “Even so, its been a true pleasure to be 9th graders here at NCCS. Through this experience we’ve become a much closer group. This unification of the grade came from a culmination of different aspects of the year including the leadership in the school, the extra expectations and activities for ninth graders, and the unshakable realization that this is our final year at such an amazing place.”

York recalled all of the memories and what she and her classmates have experienced together over the years, such as taking part in building Roxaboxen as a second grader, performing in the Lower School Arts Assembly, memorizing their first public speech in sixth grade, struggling over their first paper as a seventh grader and for York, personally, singing her first solo on stage.

York, who received an academic commendation, held the lead role in the Upper School play, was part of the Leadership Council and an Ambassador at NCCS, started attending NCCS in the Beginner’s program (three and four-year olds). She told the audience that she sees NCCS as a huge part of who she has become.

“Country School is our second home and goodbyes are never easy,” York said, addressing those gathered on a picture-perfect June morning. “However, I think rather than focusing on leaving I think we should focus on what parts of Country School we take with us.”

O’Neill told the audience that the group of graduates standing before them as part of the class of 2015 have had “a childhood that has been cherished here at Country School.”

“But before you now are some young adults, about to take their next steps on their journey after Country School,” O’Neill said.

As the graduates bade farewell to the school that many of them have attended for the majority of their life, Head of Upper School Tim Delehaunty presented awards to two members of the class. Students of the class of 2015 nominated those their classmates for these awards and large amount of students were nominated for recognition.

Class of 2015 graduate Scout O’Donnell received the Robert Gamble Award which “is presented to the student that exemplifies, to the highest measure, the fruit of the spirit: love, joy, peace, patience, kindness, goodness, faithfulness, gentleness and self-control.”

Anonymous classmates of Scout believed she should receive the award because “she always tries her best to be welcoming and supportive of her classmates and never misses an opportunity to help someone out when they are in trouble” and “Scout deserves this award because she can be friendly to anyone and is always up for a good laugh.”

The second award, the Paul Johansen Award, was given to Nicholas Toldalagi. The Johansen Award is given to “the member of the graduating class who stands for the qualities which Paul embodied: care and concern for others, compassion and a sense of community.”

Classmates saw Toldalagi as deserving of this award because of “[he] has proven to be a strong leader at NCCS in his kindness, intelligence, athleticism, and ability to phase every challenge positively” and  “he always includes others cares for the community around him.”

Members of the Class of 2015 are as follows: