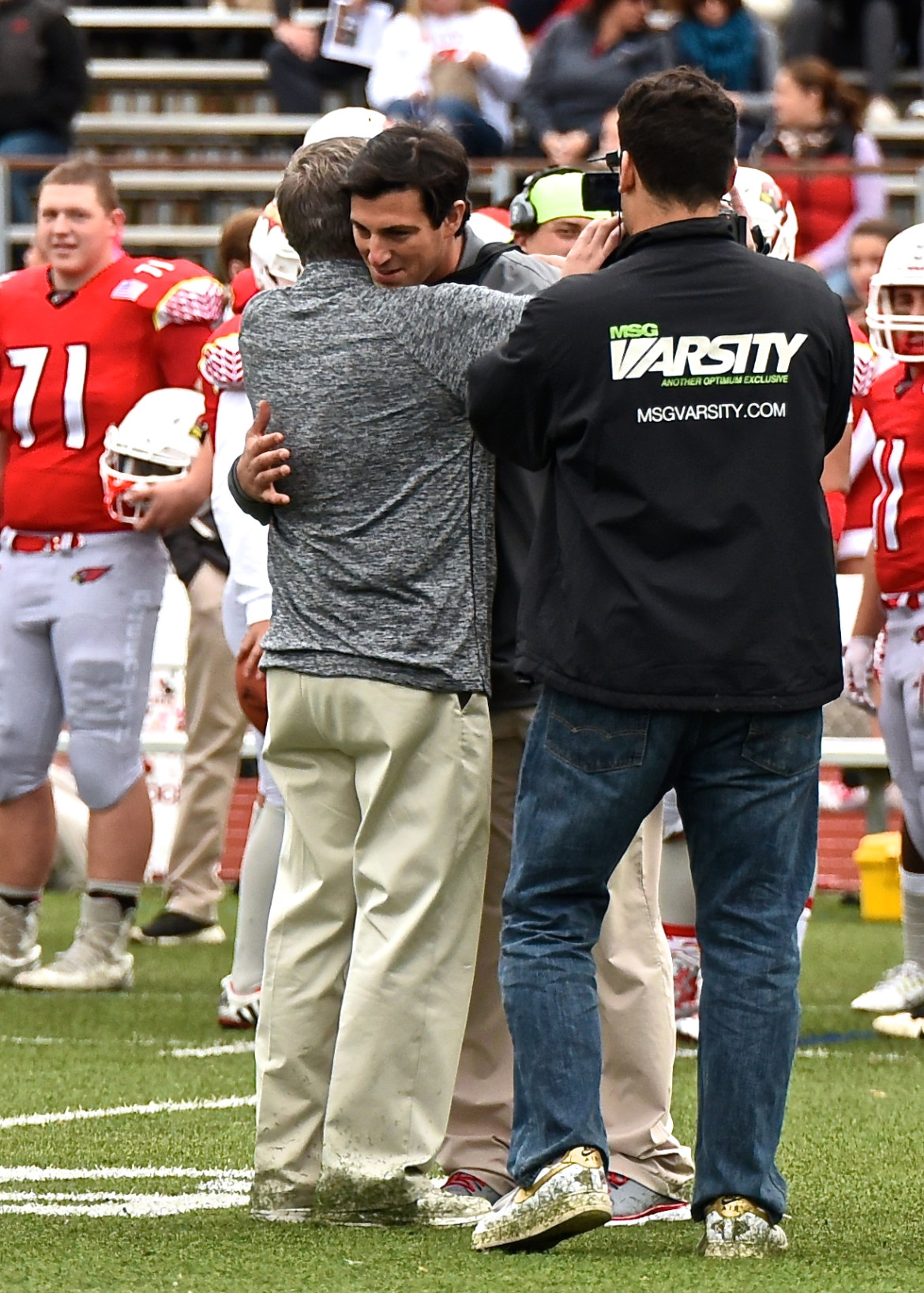 Saying it’s the best thing for local students and their families, officials from New Canaan and Greenwich are asking the organization that oversees high school sports in Connecticut to consider moving a state championship football game this weekend closer to home.

The Rams and Cardinals will square off Saturday for a widely anticipated Class LL championship after advancing in the Connecticut Interscholastic Athletic Conference tournament.

As it stands, the game is likely to be played at Shelton High School, though NCHS Athletic Director Jay Egan said officials from both lower Fairfield County high schools are asking whether it could be moved to Stamford’s Boyle Stadium, which is available.

“Greenwich and New Canaan are advocating for a venue that would be most advantageous for our students and our fans to see the game, so they will not have to travel so far and all the reasons that make sense,” Egan told NewCanaanite.com. “Both schools are interested in what is best for the school and communities.”

Referring to the high schools’ advocating for a nearby venue, he added, “We would be remiss if we did not do that.”

Asked what reasons CIAC officials have for not playing a New Canaan-Greenwich football game at a venue that’s halfway between them, Egan told NewCanaanite.com that the organization has said championship game sites are set before the season, that they’re chosen carefully with all potential teams in mind and that making a last-minute change could set a bad precedent.

NCHS head coach Lou Marinelli’s Rams have played against a Cardinals team coached by his son, John, four times since the latter took the helm at Greenwich High School in 2015. The elder Marinelli won the first two matchups, the younger the next two. They’ve all been regular season matchups.

This year, Greenwich—whose team features sophomore receiver AJ Barber, son of NFL standout Tiki Barber—enters Saturday’s final undefeated on the season. New Canaan has spoiled unbeaten seasons already—for Darien in the Turkey Bowl and Shelton High School on its way to the Class LL final—and the Rams have a seven-game winning streak of their own. The last game they lost was to Greenwich, 42-14, on Oct. 6 at Dunning Stadium.

A “Marinelli Bowl” that doubles as a title game “might never happen again,” Egan said.

“You cannot be sure with a game like that,” Egan said.

He added: “it’s just all about what is in the best interests of the sport, that is our way of looking at it. What is most exciting for the kids in these communities is to have as many people there as possible.”

GHS Athletic Director Gus Lindine said the high school’s football players “have been fortunate to receive strong support all season long, whether playing in Cardinal Stadium or on the road.”

“We are hopeful a site for the state championship will be selected in the best interest of our teams, schools and communities,” he said. “Sure, it would be nice if it could be played close to home, and we have shared our wishes, but it’s going to be a great game between two outstanding teams, no matter where it’s played.”

For Egan,  who said he has “an affinity” for the stately Boyle Stadium at Stamford High School, a perfect venue is waiting. A WPA project launched in 1935, Boyle features ancient Greece-style stone and concrete stands topped with parapets.