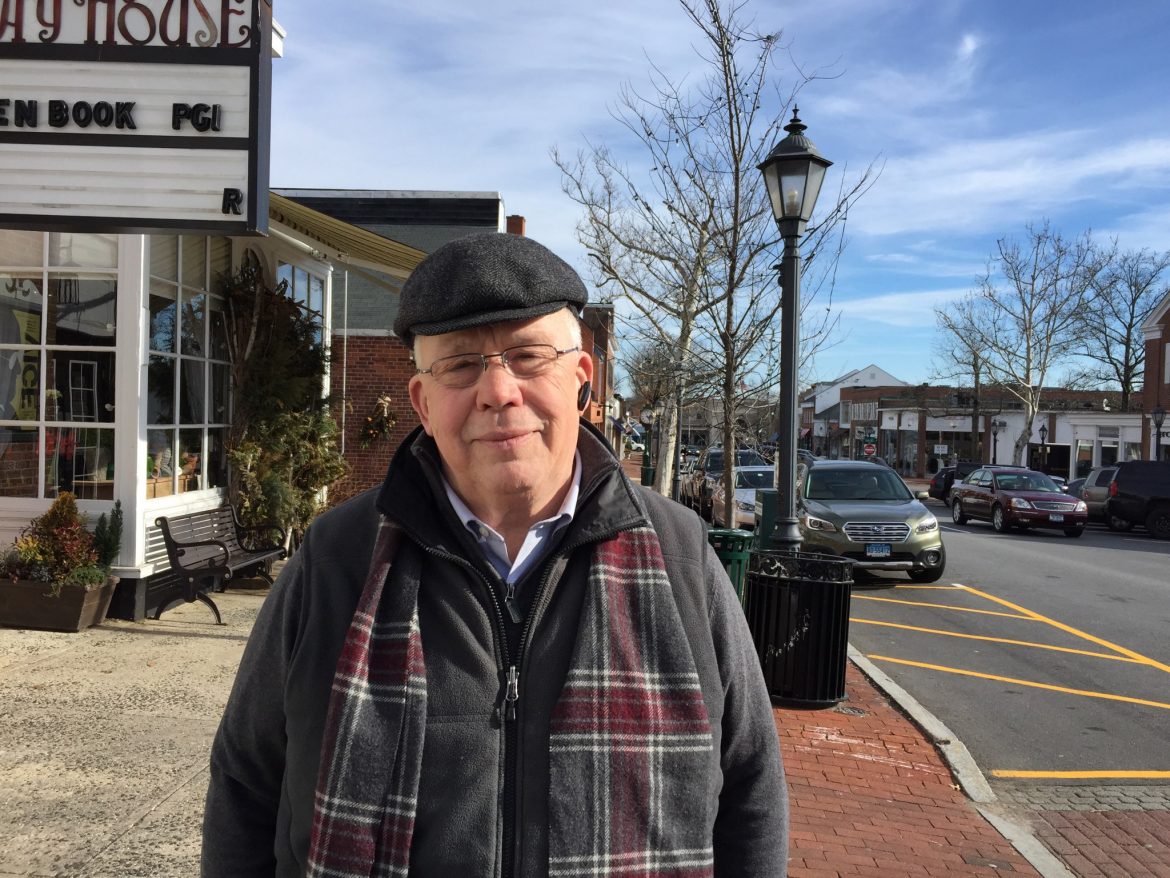 As an international food broker, J.R. Rooney had spent 20 years learning tristate area roads before launching the rapidly growing local business that’s seen him drive people all around them.

Selling to wholesalers with warehousing in New Jersey and Brooklyn, the longtime New Canaan resident imported ham from the former Yugoslavia, tomato paste from Turkey and Italy, swordfish from Peru to Russia, and exported food from states throughout eastern Europe.

When demand for those services diminished five years ago, he took a job that leveraged his people skills and astute knowledge of highways, traffic patterns, short-cuts and cut-throughs—with a car service that had him driving people in their own cars to the airport and other destinations. Yet about five years ago, with the rise of mobile ride-hailing services such as Lyft and Uber, that company changed its pay structure such that Rooney saw an opportunity to carve out a niche in the field.

“I enjoy not being tied down to a desk, and I enjoy dealing with people and providing them with good customer service,” Rooney said Tuesday, as the business he created, The Driver Source, completed its first, highly successful year of operation.

With a client list that’s swelled to 130 and a roster of drivers on call to meet demand, The Driver Source serves those seeking a professional ride at half the cost of a traditional livery service, in the comfort and familiarity of their own vehicle and with a driver they know and trust. In addition to airport runs—the most popular type of ride—Rooney and his crew drive one man to his grandson’s soccer matches in Boston, a finance executive in the foreign exchange to his office so he can work on the way in. The Driver Source takes local kids to tennis practice, adults to Columbian Presbyterian or the Hospital for Special Surgery for procedures and others to the theater in New York City, Christmas parties, graduations and more—and always in the client’s own car.

“With us, we’ve been driving for years, so that kids we started driving as toddlers are now in middle school and high school, so it’s a personal service and customer service is our edge,” Rooney said. “Being able to step into their own car provides customer with their own comfort. Getting to the airport with kids can be stressful, and to be able to climb into your car with your own video or car seat and that familiar surrounding, it makes a difference. The whole idea is you’re in your car—if someone going to the hospital for a minor surgery and coming back out to your own surroundings, knowing the driver, that’s a better experience.”

Fanny Moran of New Canaan said she’s been using Rooney as a driver for trips to the airport for more than five years.

Asked why she has chosen to use the service as opposed to shuttles or liveries or something similar, Moran said, “For one thing, he is just the nicest man going.”

“He is always on time,” she continued. “He has never once let me down. He is quiet—if you want to chat, he will chat with you. If you don’t want to chat, he won’t chat. He’s very funny and he’s just a really great guy.”

In the past, Rooney said, the role his drivers play in clients’ lives often was filled by a trusted person such as a relative or local retired police officer or fireman. Long term, The Driver Source business model could be easily franchise-able, he said, and immediate expansion goals include drawing clients in Westchester County, New York—several of those who use the service now are located in Bedford and Pound Ridge—and as far east as New Haven.

Asked to reflect on the origins of The Driver Source, Rooney said, “I know the road and I know the drill, and I just started to get to a point where I thought this was an excellent idea.”