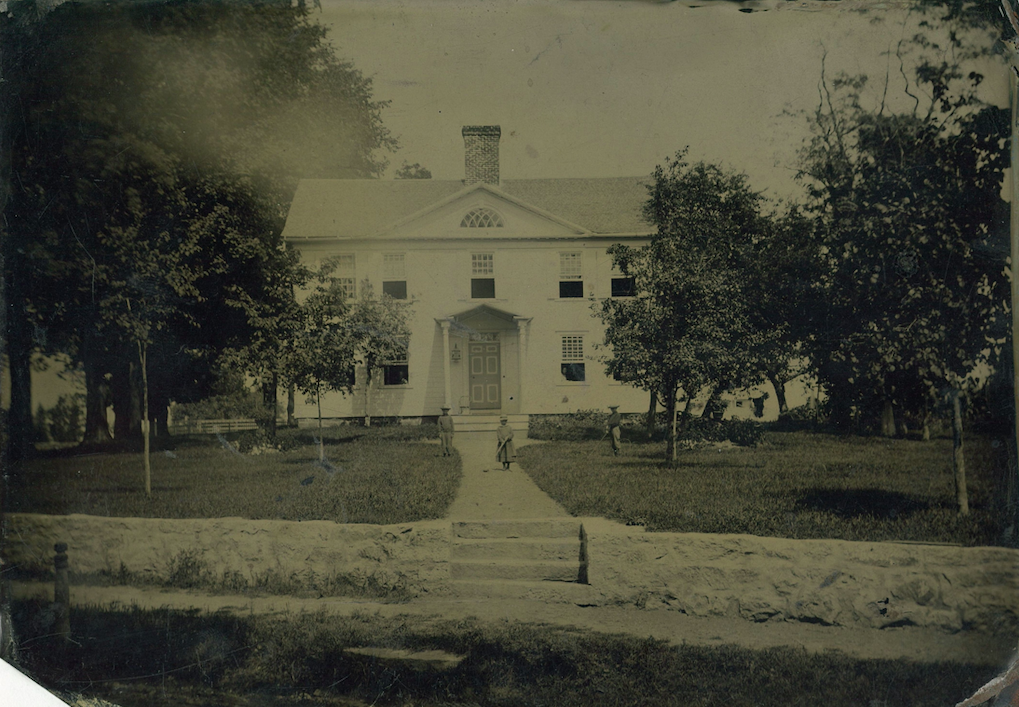 Stephen Hanford (1737-1784), the great grandson of the first minister of the Congregational Church, purchased ten acres from his uncle and constructed this house from 1761-1764. At the age of 27, he moved in with his wife, Jemima Kellogg. He worked as a weaver and licensed tavernkeeper. Due to his success, he was able to purchase adjacent land and expand the property. Upon his death, his second wife, Sarah, sold the house to Elisha Leeds.

In 1788, Leeds’ daughter, Martha, and her husband Dr. Joseph Silliman (1763-1829) moved in and raised seven children. Dr. Silliman was active in the life of Canaan Parish and became a land surveyor (an extremely important position because new surveys were required following the confiscation of estates that had belonged to Loyalists. He was also the Treasurer of the School Society, a Justice of the Peace, and the moderator for the first Town Hall Meeting after New Canaan was incorporated in 1801. Generations of Sillimans remained in the house for the next 126 years.

In 1825, Joseph Silliman sold the south meadow of his property to the Town. The Town Hall (now the offices of the New Canaan Museum & Historical Society) was constructed that same year.

Mr. and Mrs. Philip Houston, who purchased the house in 1924 from the last of the Silliman descendants in residence, installed a bathroom and a more modern kitchen, and built a garage that now serves as a Tool Museum. The NCM&HS purchased the property in 1957, and moved its offices from the New Canaan Library to the historic house.  When the Society moved into its current location, the Hanford-Silliman House became a museum. It contains many unusual objects, including period furniture, a traveling loom, an extensive collection of pewter, and an assortment of dolls and toys.