New Canaan’s Zach Allen—Connecticut’s Gatorade Defensive Player of the Year and one of the most sought-after football recruits in the nation—has de-committed from Northwestern and will instead sign his National Letter of Intent this Wednesday to play football at Boston College, the high school senior said. 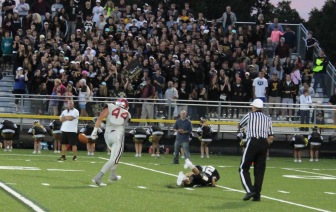 “First off, I would just like to thank Northwestern just for considering me,” Allen told NewCanaanite.com. “For me it came down to playing close to home so that all the people who made this possible—my family and friends—could come see me.”

Allen, New Canaan’s all-time leader in sacks, was a co-captain on the 2014 squad that won the school’s second consecutive state championship this past December. Allen had 102 tackles, 13.5 sacks and 2 INTs—including a pick-six. He also caught three touchdowns while lining up as a tight end, fueling some to speculate that he might be playing tight end in college. 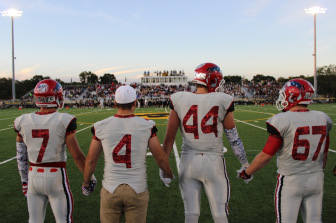 Yet Allen said his decision to go to Boston College was not motivated by anything other than proximity to New Canaan.

“It had nothing to do with any football aspect,” Allen said. “Right now I’ll be focusing on defensive end and maybe some goal-line package stuff.”