The photos below are from socially distanced signing ceremonies overseen by NCHS Athletic Director Jay Egan, held throughout the morning and early afternoon at Waveny House.

“When I attend these ceremonies I am always struck by how emotional this moment in time is for our athletes and their families,” Egan said. “In many instances these college commitments represent the  culmination of many years of sacrifice and dedication. It is very gratifying to watch our athletes realize their lifelong dreams.”

We asked the student-athletes why they chose their future schools, and put their responses next to photos where provided. 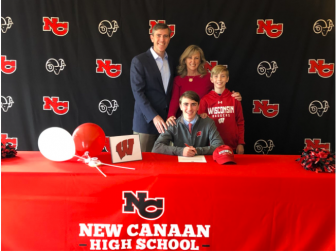 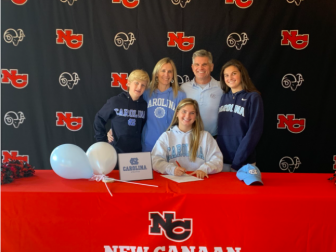 McKenna Harden (sitting) with her parents Keri and Boyd Harden, sister Kaleigh and brother Chase at National Letter of Intent signing day, on Nov. 23, 2020 at Waveny House. Photo courtesy of the Harden family 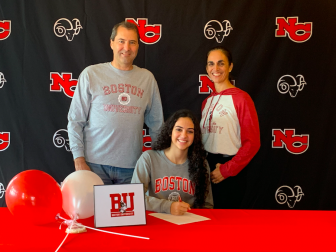 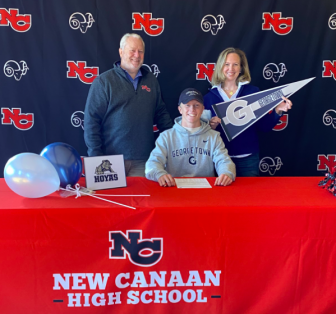 Dukes Plum joined by his parents Amy and John Plum at National Letter of Intent signing day, on Nov. 23, 2020 at Waveny House. Photo courtesy of the Plum family 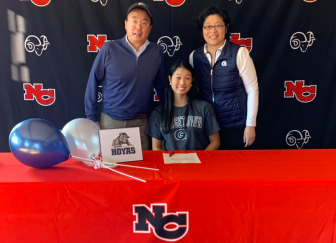 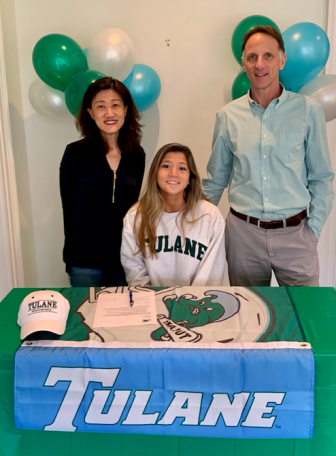 Charlotte Frank with parents Kristina and Michael on National Letter of Intent signing day, on Nov. 23, 2020. Photo courtesy of the Frank family 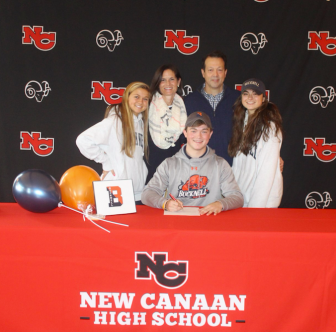 Ryan Caione with parents Clare and Greg), and sisters Emma and Kate at National Letter of Intent signing day, on Nov. 23, 2020 at Waveny House. Photo courtesy of the Caione family