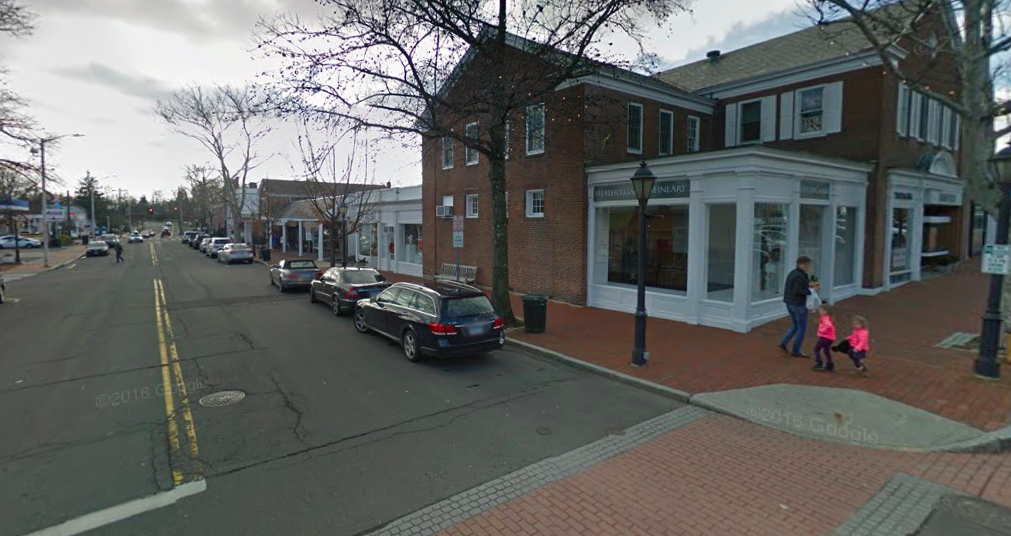 Here's where it happened. South Avenue and Elm Street in New Canaan. Streetview

Parking officials this month upheld a $30 parking ticket for a Darien woman who had pulled into a loading zone on a Saturday afternoon.

Maria Olivo told members of the Parking Commission that she came to New Canaan to return an item to J. Crew and didn’t realize that the loading zone applied to weekends.

“It wasn’t like there weren’t other spots,” Olivo said during the Commission’s regular meeting, held Nov. 1 at Town Hall. “There were other spots. But I saw this one spot. I saw other cars parked. And … I guess I incorrectly though that on Saturdays and Sundays, it didn’t apply. So I parked the car there.”

After a brief discussion, members of the Commission—Chairman Keith Richey, Pam Crum, Peter Ogilvie and Stuart Stringfellow—voted 4-0 to uphold the ticket.

“I came back and I saw a ticket and I was surprised to see the ticket,” she said. “I looked at the sign and I thought it wasn’t clear that it was every day. Does that just mean during the week? So I guess I misinterpreted the sign. Had I known and had I not seen the other cars, I would have parked somewhere else. It was not my intention to illegally park.”

Richey told her that there’s parking near J. Crew both on Elm Street and at Morse Court.

Olivo said she drove past J Crew on Elm but found no open spots, and took the first one she spotted on turning left onto South Avenue.

“So it’s not because there weren’t other spots and I always abide by the law,” she said. “I really thought that that sign—I’m saying, OK Saturdays, it applies during the week, and there were cars, and I made an assumption.”

The appellant asked the Commission whether the loading zone rule also applied on Sundays.

“It would not apply every day if there was an exception stated on the sign,” Crum said. “If it doesn’t say that, it applies every day.”