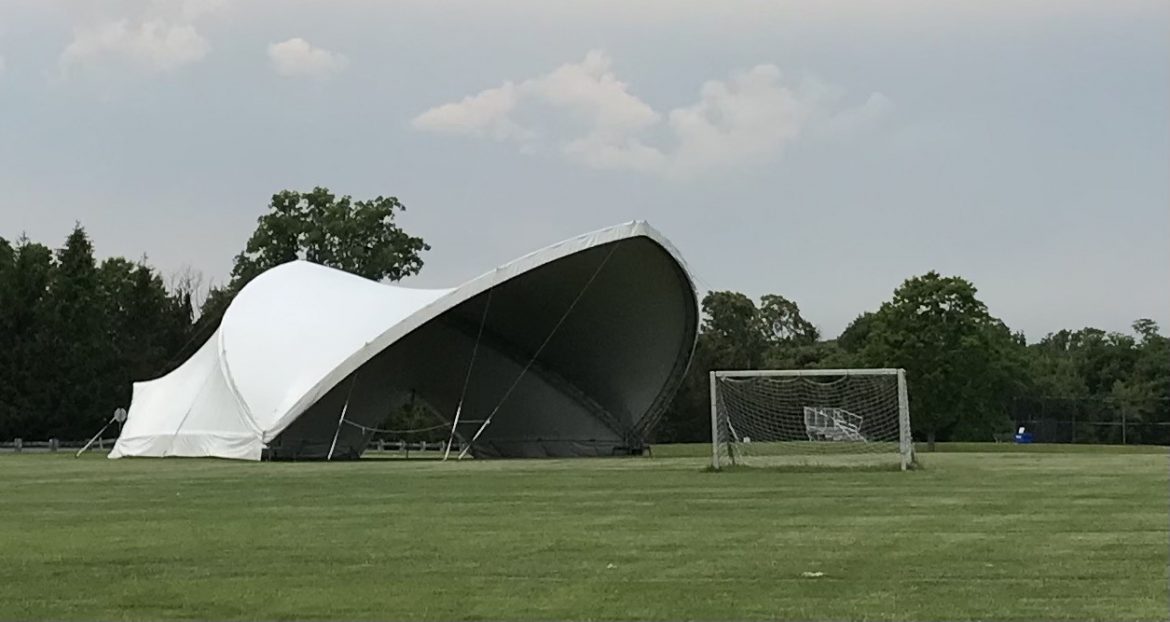 For the second straight year, parks officials have approved use of Waveny Park for the long-established Summer Theatre of New Canaan’s shows and programs.

Following discussions at its Feb. 9 meeting, the Parks & Recreation approved an approximately monthlong use of the southwest corner of the soccer fields at Waveny. Summer Theatre of New Canaan, known locally as “STONC,” offered up a pandemic-shortened season last summer in the same area.

STONC will launch its Thursday-through-Sunday shows around July 7, following a unanimous vote by the Commission at its regular meeting. The traditional Family Fourth picnic and fireworks are scheduled to be held in Waveny on Saturday, July 2, with a first rain date of July 3 and backup rain date of July 9. If the Fourth is pushed back to July 9, then STONC will not have a show that night.

“Last year went very well, [Parks Superintendent] John [Howe] and his team did a great job maintaining the park and it just looked fabulous,” STONC Executive Director Ed Libonati said at the Parks & Rec meeting, held via videoconference.
“It never looked so good as far as us being there. And we were very happy. It worked out. The audiences were all out in the field. And weather-permitting, we had a great time. Everybody enjoyed it.”

The Commission approved Libonati to set up the large tent in the fields on or after June 12, and Howe asked that he or another Parks Department official be on-site for the set-up this year.

Libonati said that if the July 9 performance was lost due to rescheduled fireworks, he may seek to make up the lost day on a Wednesday, but Assistant Recreation Director Bill Kapp reminded the Commission that the popular summer evening concerts out back of Waveny House are held on Wednesday nights.

Libonati said that one of STONC’s shows last summer was held on the same night as a summer concern and it “didn’t seem to compete in any and worked fine.”

However, Recreation Supervisor Steve Dayton said, that on the night in question—a Thursday (rain date for the Wednesday night concerts)—“your sound system was fairly loud and you could hear it at the concert too.”

“Nobody really complained but you could hear it at the concert and your performance did butt heads a little bit,” Dayton said.

Libonati agreed to nix the Wednesday night idea, but said STONC may need to extend its season one weekend further than planned in order to make the economics work, should July 9 be lost.

Howe said the Parks Department over-seeded the area where the tent goes in order to protect the grass last year.

Libonati said he planned for STONC to hold rehearsals on the morning of the day of the Family Fourth.
Kapp said that wasn’t a good idea.

“We close the park at 6″30 in the morning and I do not think it will work for us to have a rehearsal on the morning of the fireworks, regardless of what day it is,” Kapp said.

Libonati said the organization had done that in the past without any issue.

Howe said that STONC is now in a different area of Waveny.

When Libonati said that STONC was able to rehearse through July last year, Howe responded that the fireworks were canceled.

“But the day the fireworks go on there should not be any rehearsals or any access for your people, the same as everybody else,” Howe said. “We close the park down so we can get everything done and get it prepared for the fireworks. It’s one day.”

Libonati agreed that with 24 hours’ notice of when the Family Fourth would be held, he could make the rehearsals work.

Benington said that “we are all trying to predict the weather, which we can’t do.”