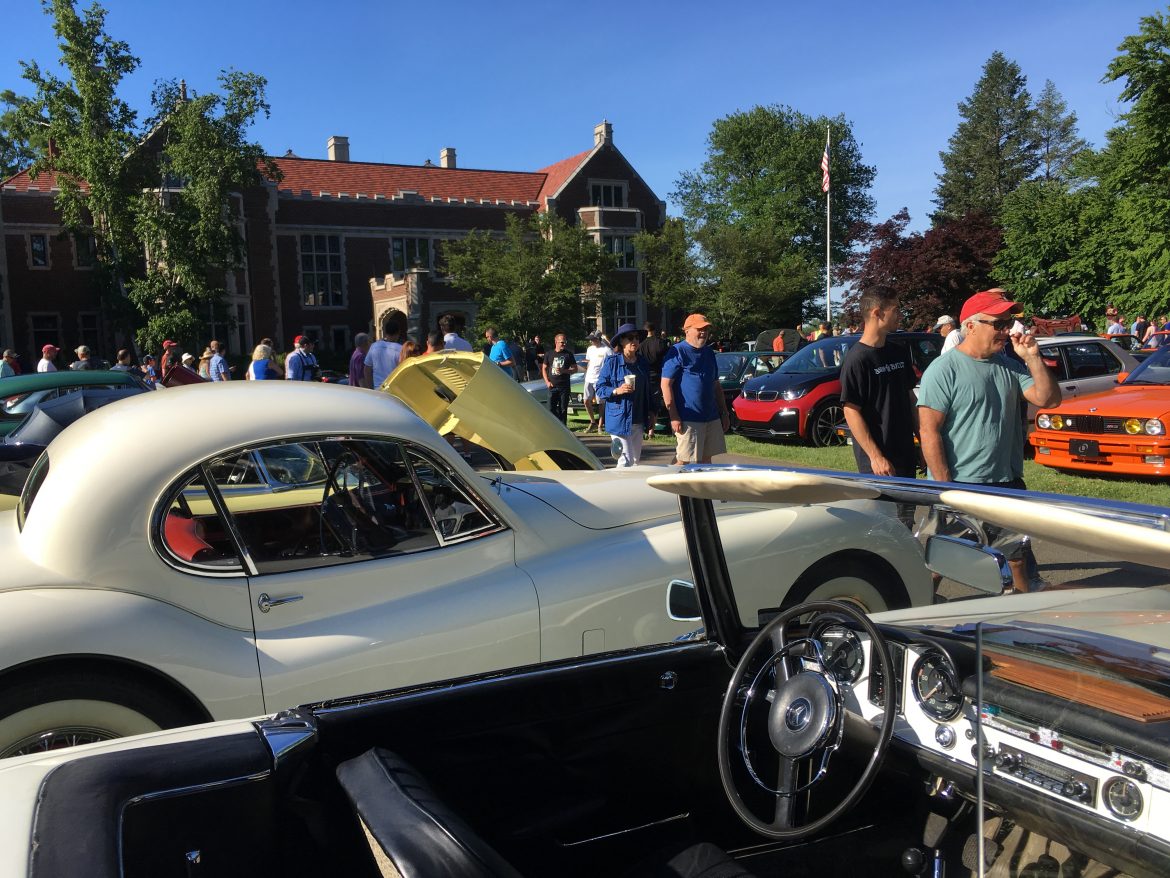 [Note: This article has been corrected with the Oct. 20 date for Caffeine & Carburetors.]

During her last meeting as head of the Parks & Recreation Commission, Chair Sally Campbell said she was satisfied that plans for the popular gathering of auto enthusiasts included provisions for pedestrian safety, a limit on the number of vehicles and clear directions for where attendees should park.

“This is good, I think it’s great,” Campbell said during the Commission’s March 13 meeting, held at Town Hall. “It will make sure it’s a safe event and a nice event.”

Though New Canaan Police have said in the past that there’s no safety issue with Caffeine & Carburetors as it already is run at Waveny (or downtown New Canaan), Campbell has continued to voice concerns about the car show in the public park since it first was held there in 2014.

During last week’s meeting, Commissioner Matt Konspore and Recreation Director Steve Benko said they had met with C&C founder Doug Zumbach and Parks Superintendent John Howe and worked out a revised parking plan that will ensure attendees are not walking in the access road through Waveny while show cars or park visitors are driving on it.

Specifically, Benko said, show cars parked on the northern “soccer field” side of the access road will be located far back enough to allow for a 20-foot-wide strip of grass for pedestrians. According to a parking plan distributed to the Commissioners at the meeting, 50 cars will be parked on the southern side of the access road on the near side of pedestrian path, with another 250 parked in rows behind that path, as in the past.

It wasn’t clear whether the parking plan fully registered with Campbell, who asserted at one point, “So the cars will be in the soccer field,” and later, “So there won’t be cars on the trail side of the road,” which is not true.

Officials said that spectators attending the show will be able to walk across the access road through Waveny—from one block of show cars to others—at designated walkways manned by Community Emergency Response Team volunteers.

Benko said that blocking off the grass verge for pedestrians “will make it a lot easier and give us a safety margin of 15 to 20 feet of walkway on the grass.”

Konspore also addressed other requests that Campbell and Segalas had made during the Commission’s last meeting: pre-registration for show cars will take place on the C&C web page and those vehicles will be limited to 700; show cars will be given placard to display; and signs directing spectators to parking at New Canaan High School, the Waveny Pool lot and two other nearby school lots will be posted along South Avenue.

Campbell also called for assurances that no food trucks would serve the event.

Benko said that in the past Zumbach, owner of the eponymous coffee shop at Park and Pine Streets downtown, brought and sold coffee at C&C, “which is fine.”

“The last time he had a food truck,” Campbell said.

Benko responded, “We haven’t talked about a food truck.”

Campbell also requested that the town “write this up in an agreement format,” and Benko said that had been done.

“Is it updated with these things on it?” Campbell said.

Benko responded that it included a requirement for a 700-car maximum.

Campbell then asked specifically whether the parking plan was included in the agreement, and Konspore said it was.

Campbell said during the meeting that she would not seek re-election as Parks & Rec chair and that she would remain on the Commission through 2019. Siegel was elected chairman.