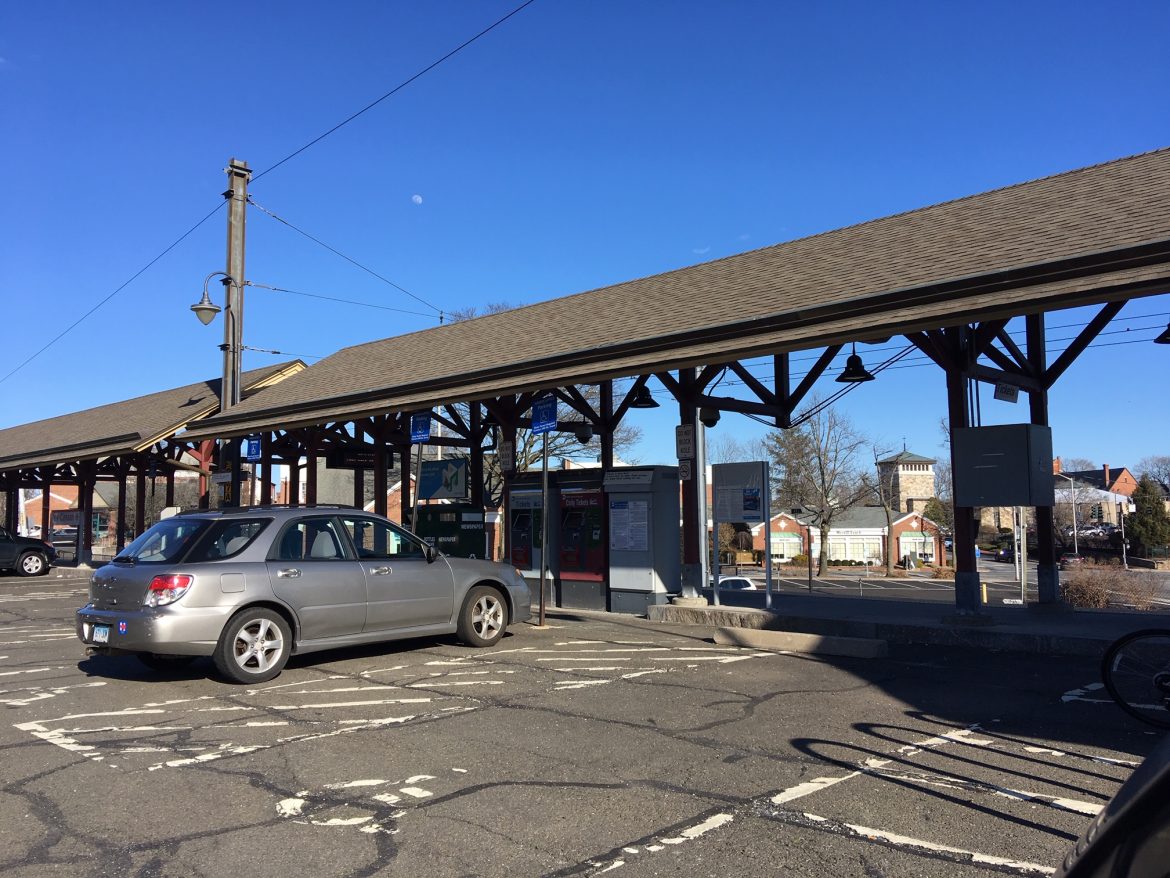 After research showed that several nearby towns already do so, officials last week recommended that six spaces for disabled parking at the train station be included among those charged $6 per day.

The Parking Commission’s recommendation by a 4-1 vote is limited to six spots fronting the train platform on the north side of the station downtown and does not extend to municipal lots. The measure still requires approval from the Board of Selectmen.

Commission Chairman Keith Richey said during the appointed body’s March 14 meeting that state officials have confirmed “the town has latitude and discretion to charge a parking fee for handicapped designated spaces at the rail stations.”

“This is a common practice at many New Haven line station facilities,” Richey said, citing a memo from the state Department of Transportation’s supervising rail officer.

Currently, disabled people using the six spots at the train station are not charged.

Parking Manager Stacy Miltenberg said a survey conducted at the request of First Selectman Kevin Moynihan showed that of five comparable towns—Stamford, Westport, Fairfield, Greenwich and Darien—only one (Darien) does not charge for disabled spots at train station lots.

Richey and Commissioners Peter Ogilvie, Chris Hering and Stuart Stringfellow voted in favor of charging for use of the disabled spots. Commissioner Pam Crum voted against the change.

“What is the purpose of charging them, handicapped people?” Crum said. “I mean, we haven’t all this time in the past, why are we looking at it now? Is there that much revenue to make? Do we need the revenue? Because we can only [apply] that revenue on the train building there or the lots that are owned by the state. They [Revenues] are not for our purposes, for our personal lots.”

Hering said that the revenue is needed for the station.

Moynihan, a guest at the meeting, said that as part of the regular budget review, officials look at what fees New Canaan charges, “So it came up, why are we not charging?”

Moynihan noted that the Board of Selectmen at its Feb. 12 meeting approved increasing the daily fee for 142 spots in the Railroad Lot, including the six disabled spaces from $5 to $6 daily “provided we research what is done with other towns, and make the decision whether we want to go with the six handicapped spaces.”

“But also note that on any given day, two to three of those spots are New York handicapped people,” he said.

Moynihan later added, “What we have discovered is it’s not just other towns but it’s kind of conventional across country that we would charge for handicapped parking.”

It isn’t clear whether the selectmen will vote to include the six disabled spaces among those now charged a $6 daily fee. The Board’s next regular meeting is scheduled for March 26.

The Commission at its Jan. 10 meeting had voted 4-1, also with Crum opposed, to charge disabled people for parking at all lots, including municipal lots such as Morse Court and Center School—a move that would have changed a longstanding practice. That recommendation quickly garnered wide criticism and wasn’t taken up by the selectmen.

Given the earlier vote, Richey wondered whether the Commission would need to re-vote on just the Railroad Lot spots.

Ultimately, the Commission did.

Specifically, the Commission voted to recommend that the six handicapped spots at the New Canaan Train Station alongside the track by the pay machine be charged so that they’re subject to the same fee as other spots in the same lot.