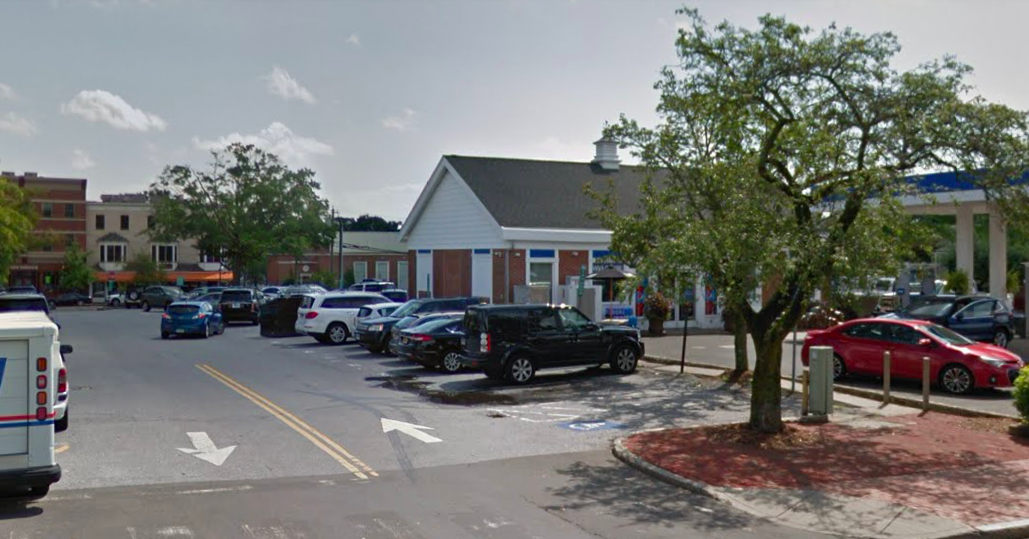 Those who park in the handicapped spaces at Morse Court will need to pay at a meter mid-block. Streetview

Town officials recently voted to start charging handicapped permit-holders who park in designated spaces in metered lots such as Morse Court and Center School, changing the longtime local practice of allowing them to park for free.

Members of the Parking Commission at their Jan. 10 meeting voted 4-1 to make the change.

Chairman Keith Richey said during the meeting that handicapped motorists park for free on downtown streets such as Elm, just as non-handicapped people do.

Along with Richey, Commissioners Chris Hering, Peter Ogilvie and Stuart Stringfellow voted in favor of the change. Commission Secretary Pam Crum voted against, raising questions about the fairness and feasibility of forcing people who are handicapped to make their way to what would feel like distant pay meters, such as at Morse Court, where the handicapped spaces are located by the Mobil Station and the pay machine mid-block. Similarly, Crum said, it may take people in a wheelchair or with crutches longer to make their way back to a parked vehicle.

To Crum’s suggestion for a grace period for handicapped motorists who are late returning, Richey said those driers can “pay for more parking like anyone else, pay for more time.”

First Selectman Kevin Moynihan, who had presided over an organizational meeting at the beginning of the Commission’s regular meeting, said that other towns charge handicapped permit-holders for parking.

Though New Canaan also historically has made special allowances for handicapped drivers parking in permitted commuter lots such as Lumberyard—those with handicapped permits have been allowed to take whatever spot they want, even if they’re not permit-holders—the Commission limited the changes to metered lots for now.

It wasn’t immediately clear when the change would take hold. Parking Manager Stacy Miltenberg said that some handicapped spaces would need to have numbers assigned to them in order to start charging.

Moynihan said the conversation about charging for handicapped spaces arose because New Canaan wasn’t charging for them in state-owned lots near the train station.

[Editor: This article has been updated at the Commission’s request to reflect a voting record recorded in its minutes.]