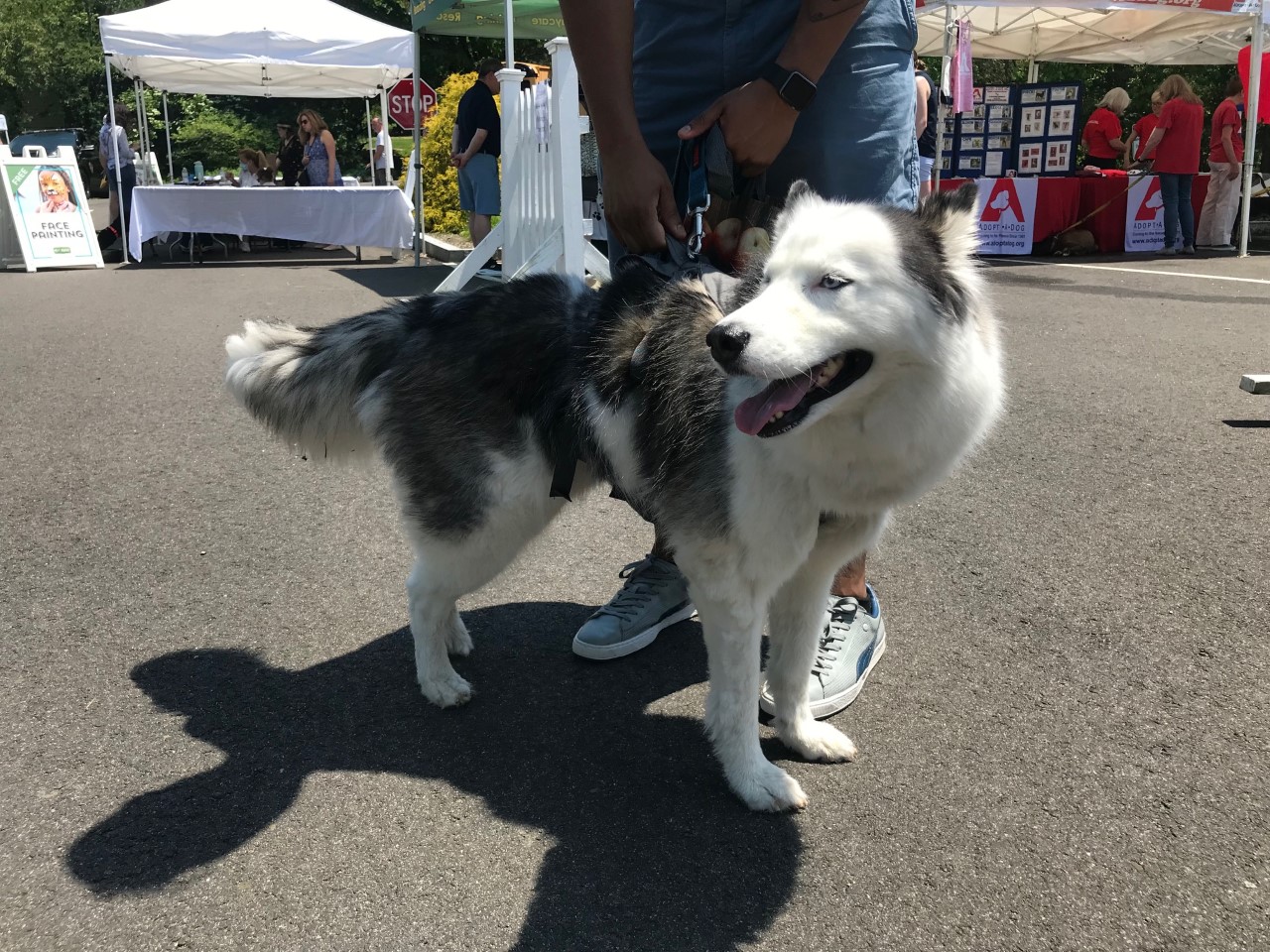 Tongues lolling, scores of leashed dogs gathered in New Canaan on a clear, hot Saturday for a popular canine-focused and -themed celebration put on by an established local business. 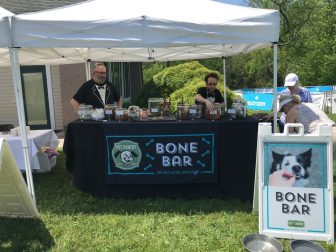 Pet Pantry’s New Canaan Dog Days was held on the grounds of the New Canaan Nature Center, making its return after two years off due to the pandemic.

New Canaan resident Niki Marmarinos said this was her first time coming to Dog Days and that she’d be back next year.

“It’s beautiful weather,” Marmarinos said as she pushed her two toy poodles, Daisy and Lillybelle, relaxing in a baby carriage through. “A lot of vendors, they’re very cordial and welcoming. A lot of variety here. My doggies are just about pooped. That’s why they’re in the carriage now.” 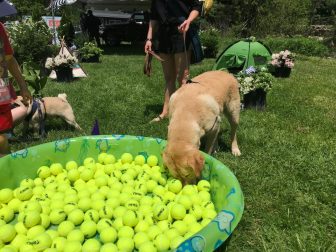 Pet Pantry had a “Bone Bar” set up with swag bags of doggie treats from its “barktenders,” while dogs enjoyed a “Sniffari,” mini racecourses chasing lures, doggie pools filled with tennis balls and other activities. Several vendors, including a dog photographer, groomer and food providers, set up at booths in the Visitors Center parking lot at the Nature Center, as did New Canaan Police Community Impact Officer Nicole Vartuli.

“Today we wanted to support Pet Pantry and the New Canaan Nature Center,” Vartuli said. “I thought it would be good to have a ‘Coffee with a Cop’ and a conversation booth. Lucky to have my good friend here, Officer Lou Scarano from Stamford Police.” 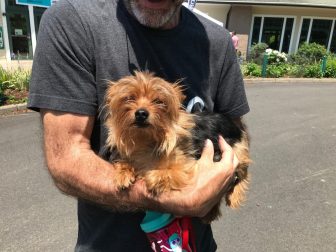 Scarano is one of Stamford’s K-9 officers. He brought Dobey, a soon-to-be retiring black Labrador retriever with the K-9 unit, and Dobey’s hopeful successor in the important job, Wrigley.

“People have been coming by,” he said. “It’s been good so far. Everybody has been receptive to it.”

“Love being back here after a couple of years of COVID, being back outside,” Jacobson said. “I don’t think you get a better setting, the drive in, the surroundings, lot of fun, vendors and dogs and kids. Just a great day.”