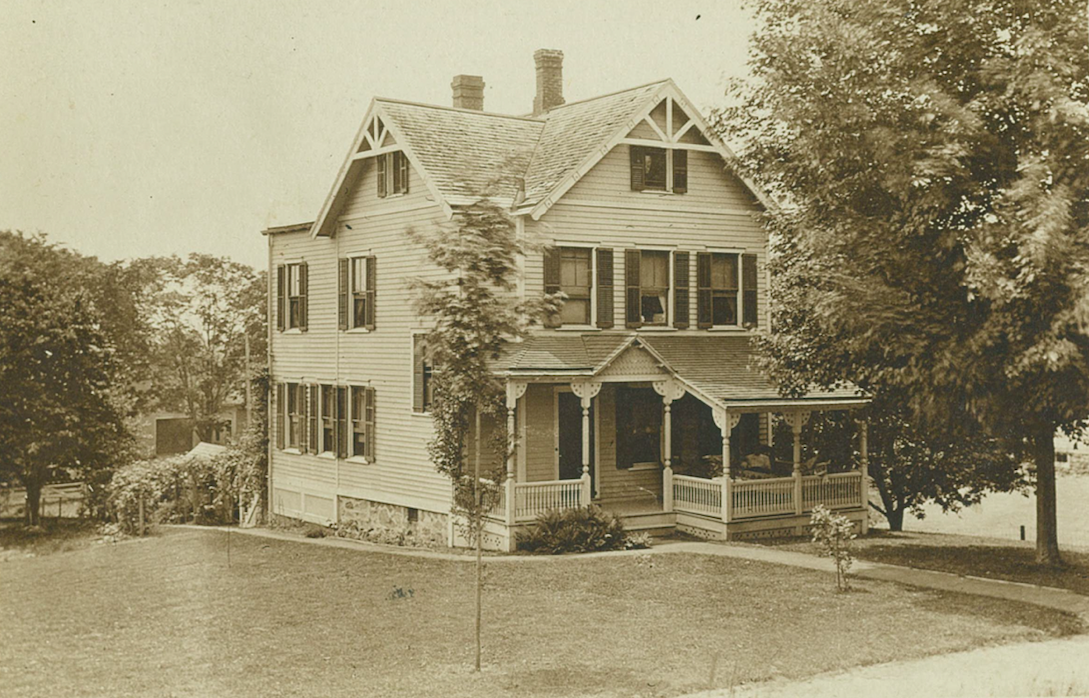 Thanks to letters sent between the New Canaan Historical Society and Howard B. Raymond back in the 1950s, the early history of 32 Seminary Street is fairly complete.

The house was built by Howard’s father, George E. Raymond during the summer of 1889. George Raymond was a carriage maker by trade and started his career in the Johnson Carriage Company located on the corner of East Avenue and Forest Street. Raymond, along with his coworker William Brant, started their own carriage business in 1898.

This shop was also located on Forest Street seemingly where Gelatissimo is now located. At some point Brant left the business but Raymond continued to work in the shop until his death in 1920. The mainstay of the business was repair work, but by most accounts Raymond was an excellent woodworker who could also build a beautiful carriage. Advertisements for the business were in almost every edition of the Advertiser for a decade. By the time of his death, cars had not become popular enough to have an effect on the business. However, his former employee, Henry S. Duryea, who took over the business upon his death, may have struggled due to changes in modes of transportation.

George Raymond was also involved in local politics. He was first elected as First Selectman in 1896 and then was re-elected from 1898 to 1900. He also served as Second and Third Selectman for a number of years and was even elected the Justice of Peace in 1910. Despite holding elected positions for a total of 10 years, his son felt that he was never a politician, but “gladly and efficiently performed his civic duties as he was called upon.”

4 thoughts on “Now & Then: The Raymond House”