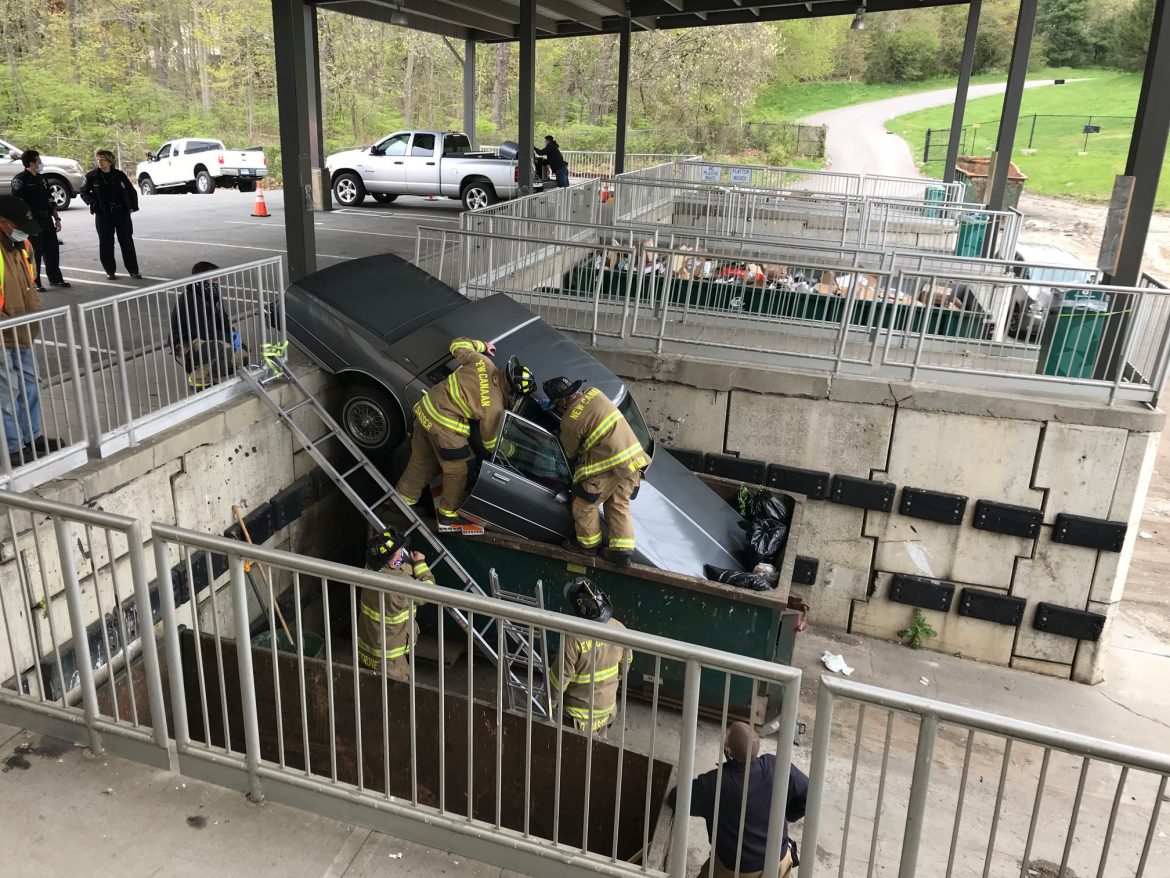 [Note: This article has been updated with new information from New Canaan Police.]

A motorist on Wednesday afternoon crashed through a rail at the Transfer Station, plunging a vehicle headfirst into a garbage dumpster several feet below. 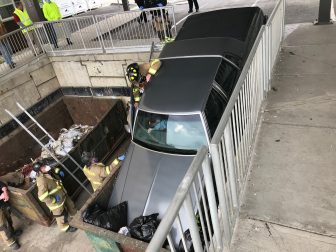 No one was injured in the crash at the Lakeview Avenue facility, according to New Canaan Police Lt. Jason Ferraro, the department’s public information officer.

Police, fire and EMTs rushed to the Transfer Station at about 12:18 p.m. on a report of the accident.

There, two individuals could be seen in the front seats of a gray Chevrolet Caprice Classic whose front end was nosed at about a 45-degree angle into a partially filled dumpster that’s used for residents to drop off their household garbage. 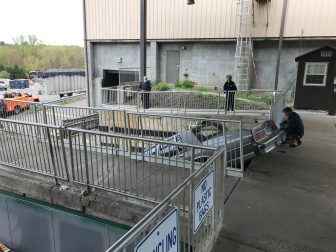 “Initial reports indicate that the operator mistakenly pushed the accelerator rather than the brake and his vehicle drove over the curbing and sidewalk through the fence at the top of the transfer station platform,” Ferraro said in an email “As a result the vehicle’s front end fell into the container that is used to collect garbage.”

Several members of New Canaan Police, Fire and Emergency Medical Services cordoned off the area while firefighters secured the vehicle and worked to extract its two occupants safely.

7 thoughts on “PHOTOS: Car Crashes through Rail, into Dumpster at Transfer Station [UPDATED]”