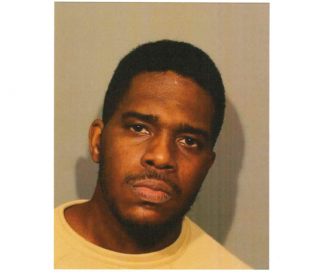 Leland Robinson, of 630 East Lincoln Ave., Apt. GR, Mount Vernon, N.Y., is accused of having sexual contact twice with a juvenile victim and of sending images and texts of a sexual nature to the juvenile, according to a police report.

He first had been arrested by New Canaan Police on Oct. 24 after officers responded at about 7:44 p.m. to the area of Oenoke Ridge and Lukes Wood Road on a report of a suspicious black male in a black hoodie and gray pants seen by a Lukes Wood Road homeowner in his driveway, the report said. On seeing the male, the homeowner honked his horn while exiting the driveway and Robinson immediately left the property and started walking toward Lukes Wood Road, it said.

Police confronted him along the straight stretch of upper Oenoke Ridge above Turtle Back Road, the report said. Robinson gave the officers a false name and birth date and couldn’t explain why he’d been in the driveway of the home on Lukes Wood Road, it said.

Following an investigation, police also found that Robinson had lied about why he was in the driveway, the report said. He was charged at the time with interfering.

On Dec. 27, police issued a media bulletin saying that Robinson now was wanted on the additional felony charges.

It isn’t clear how old the victim is, what was the nature of the sexual contact or images sent to the victim, how those images were sent or how police obtained them. Police withheld further information, saying the case involves a juvenile and that parts of the the investigation remain active.

Under state law, second-degree assault occurs when a person has sex with someone who is 13 to 16 years old, impaired by mental disability or disease or physically helpless, or if the victim is younger than 18 and assaulted by a guardian or someone responsible for supervising his or her welfare.

Police held Robinson on $75,000 bond and scheduled him to appear Jan. 22 in state Superior Court.