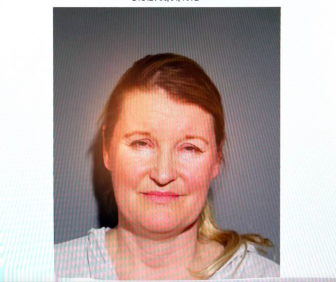 At about 7:37 p.m. on April 10, officers were distanced to 151 Butler Lane house regarding a domestic dispute between Palmer and another person at the residence, according to a police report.

Following an investigation, police brought the misdemeanor charge and transported her to police headquarters for processing.

Police withheld details of the incident, saying it was domestic in nature.

In November 2020, authorities executed a warrant on the Butler Lane house following a months-long animal neglect investigation. Authorities removed 12 dogs from the home and obtained an arrest warrant charging Palmer with animal cruelty after three puppies died there due to neglect found. Police that Palmer had been operating an illegal pet store while keeping puppies in an unsanitary environment, lying to veterinarians about their health and denying the animals access to medical care.

She pleaded guilty last summer to cruelty to animals and second-degree violation of conditions of release, receiving three years’ probation for the offenses.

Regarding the more recent charge, police released Palmer after she promised to appear Monday in state Superior Court.