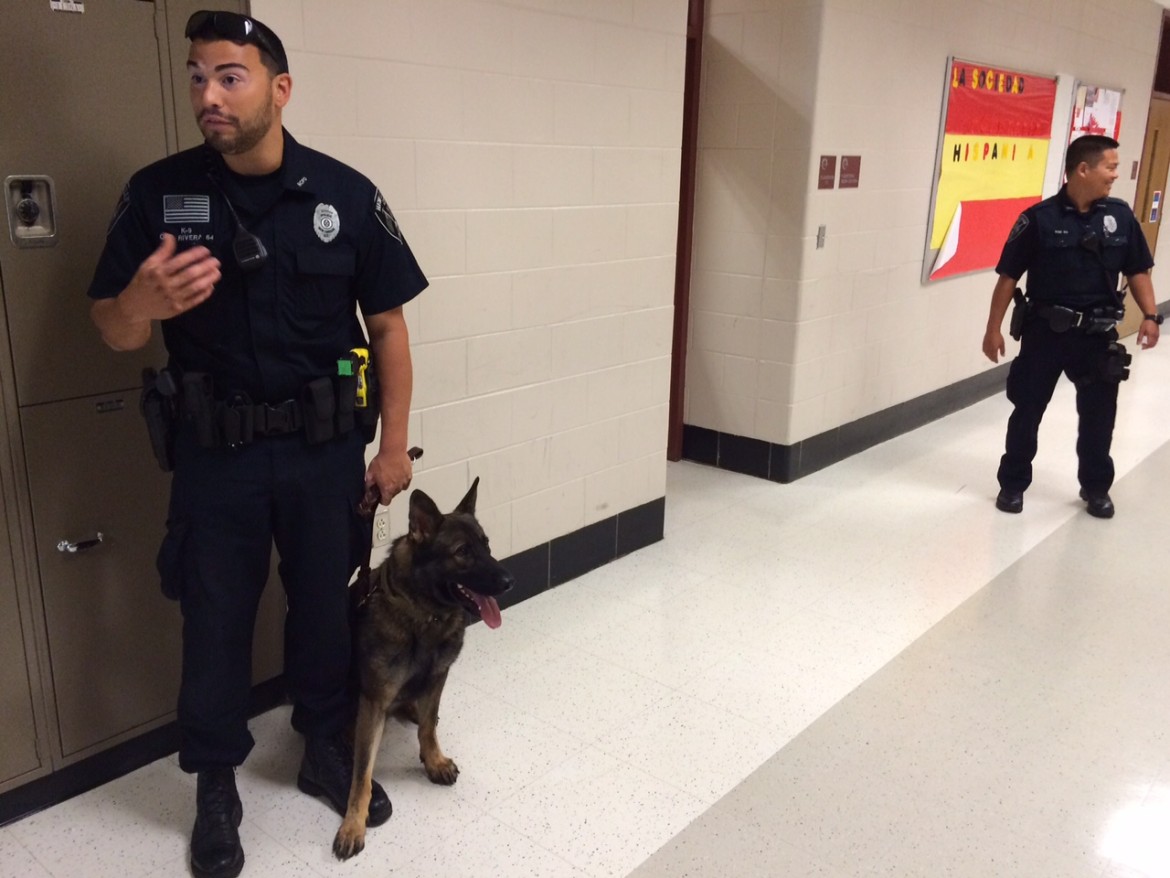 Police officials “are hopeful we will be able to get some folks in line” and finalize an agreement with the district so that the department’s K-9 unit can do its work inside schools, Krolikowski said during a budget hearing before the Board of Selectmen.

“Because we do know as we sit here today that there’s a high likelihood that there are some kids in the school in possession of drugs and maybe distributing it,” Krolikowski said during the Board’s regular meeting, held at Town Hall. “And what are we going to do as a town to prevent that from happening and frankly make our kids safer?”

Asked by Selectman Nick Williams where New Canaan is in the process, Krolikowski said “stalled.”

“It’s been tabled, I believe, by the superintendent and Board of Education,” he said. “It’s been a years-long effort to try to move that along and we are login to continue to do that and be a little bit more aggressive in trying to push that along. Get something in place that we are at least comfortable with. Kind of like a proof of concept. Try it out and if everybody is comfortable with it, we can adjust. There are smart people in this town, I think we can figure this one out. If we can make our teens a little bit safer and less access to drugs, especially in school, that’s a win-win. I don’t see how anybody could counter that.”

The Police Department’s push to allow its drug-sniffing dog, Apollo, to search New Canaan High School followed the observation made by a Town Councilman more than four years ago that several young people in town were dying of overdoses. After that, Apollo searched NCHS as part of a training exercise prior to the start of school, and the following month, the Police Commission said that authorities should be able to conduct real searches.

A conversation opened between police and district officials, though the effort appeared to lose steam until the arrest in April 2018 of a New Canaan High School coach after authorities found him to be in possession of 20 bags of heroin. After that happened, both police officials and residents urged the district to allow the K-9 searches. Yet after Superintendent of Schools Dr. Bryan Luizzi described such a policy as “worthwhile” during a July 2018 meeting, the Board opted not to vote on the matter, saying it needed more information and time to reflect on what would follow the measure. During a debate last fall, one member of the Board of Education said the elected body would consider adopting a policy that would see drug-sniffing dogs allowed in public schools so long as students are not present during searches or criminalized as a result of them.

Krolikowski is proposing an overall reduction of 1.76% to the NCPD operating budget. In addition to finalizing a Memorandum of Understanding regarding K-9 access to schools, Krolikowski said the department’s goals include enhancing community policing, focusing on training to enhance officer safety, conducting targeted enforcement at high-accident locations and moving forward with an effort to renovate the police station on South Avenue.