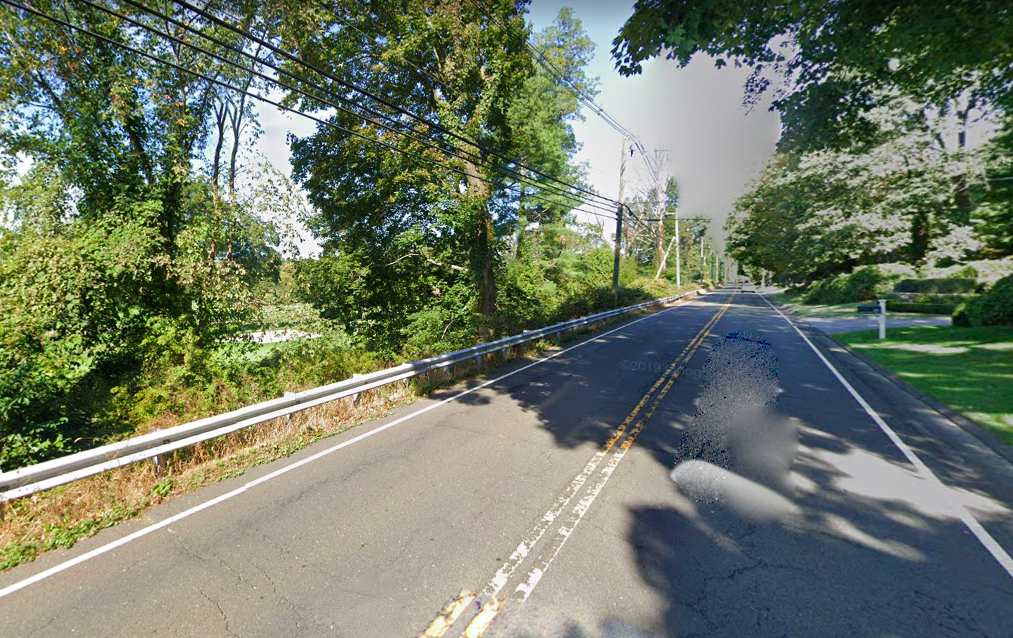 The 500 block of Smith Ridge Road in New Canaan. Streetview

New Canaan Police say they’ve located the suspect vehicle involved in this crash and have identified the driver.

Police said information regarding the driver will be released at a later date.

Police say a motorist traveling northbound on Route 123 near the Country Club of New Canaan struck a cyclist Wednesday afternoon and left the scene.

The cyclist, a 56-year-old Ridgefield man, suffered abrasions and “other unknown injuries” and was transported to Norwalk Hospital for treatment and evaluation, according to a press release issued by Lt. Jason Ferraro, public information officer with the New Canaan Police Department.

The crash occurred at about 12:51 p.m., according to the release. The cyclist had been traveling northbound on the 500 block of Smith Ridge Road at the time, it said.

Anyone with information about this incident should contact Sgt. Romano of the New Canaan Police Investigative Section at 203-594-3523.