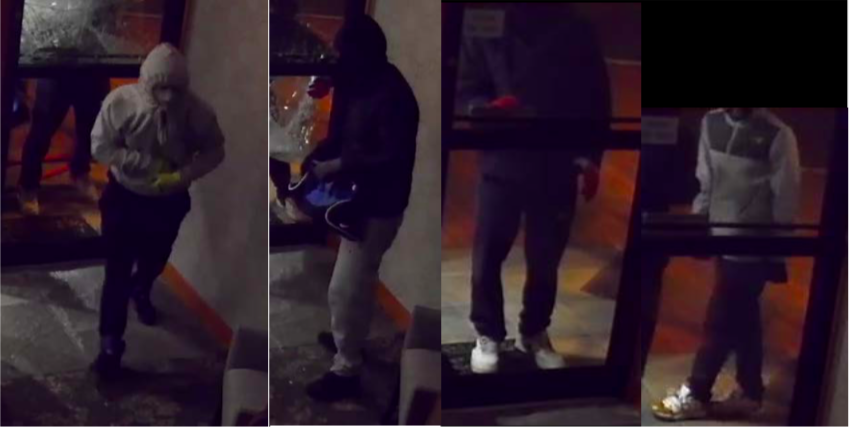 Police say three suspects smashed the front glass door of a jewelry shop on Elm Street before dawn Monday and stolen about $25,000 in watches and jewelry.

The forced entry at Manfredi Jewels occurred at about 1:47 a.m. on April 26, according to a press release issued by the department.

A fourth suspect remained outside while three others entered the store at 72 Elm St., the press release said.

Anyone with information is asked to contact New Canaan Police Det. Thomas Patten at 203-594-3520 or thomas.patten@newcanaanct.gov (referencing case #21-4254).

The same shop, known then as Henry C. Reid & Son Jewelers, had been hit during a brazen daytime robbery in November 2013. During that time, when a suspicious employee locked the front door, one of the assailants—later arrested—smashed through a display window with a sledgehammer and reached in, grabbing three Rolexes worth a total of about $55,000.

New Canaan businesses have experienced thefts and other crimes during the pandemic. In October, the People’s Bank on Main Street was robbed at gunpoint, and between two daytime thefts in November, more than $7,000 in merchandise was stolen from Ralph Lauren on Elm Street. Police in January relaunched the Community Impact Officer program, where an officer is assigned to the downtown beat. Five-year NCPD veteran Officer Kelly Coughlin was assigned the role.