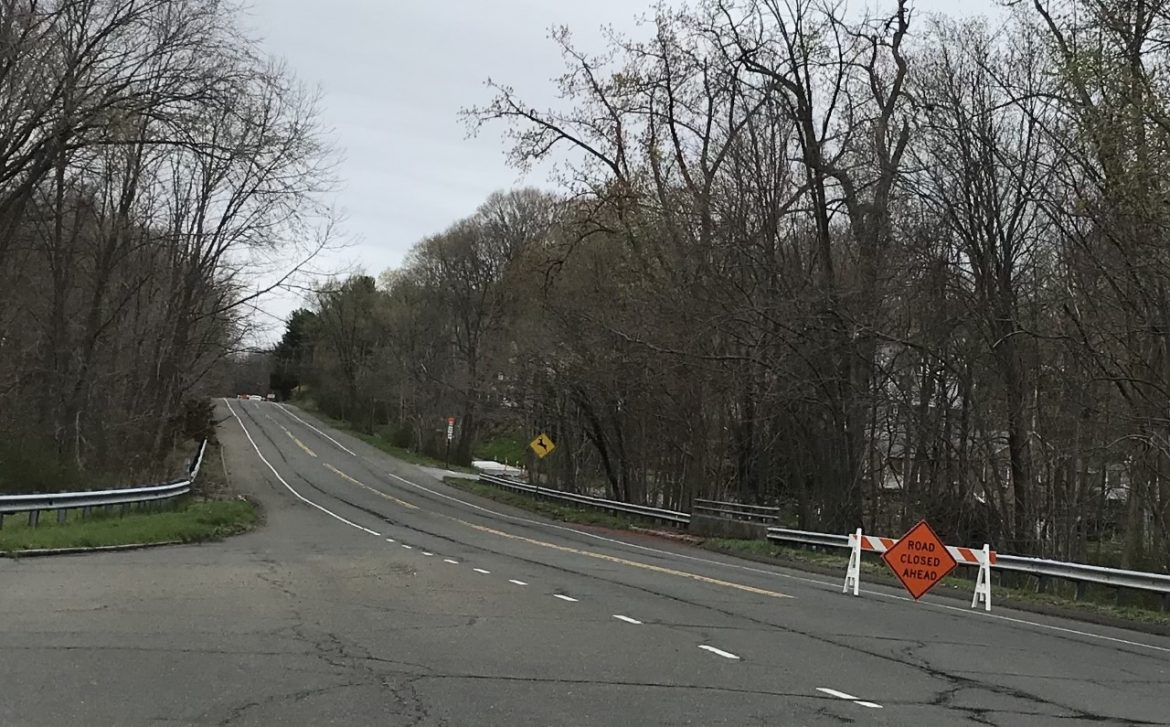 Route 123 is closed in the area of the New Canaan Field Club for three weeks. Credit: Michael Dinan

Traffic volume on Canoe Hill Road has tripled from 500 to 1,500 cars daily due to the state’s temporary closure of Route 123 due to a culvert replacement, police said last week.

Officials also are finding that a “significant amount” of motorists are not using the Department of Transportation’s designated detour route on the east side of 123, and are instead using Parade Hill Road, Oenoke Ridge, Lambert Road and Country Club Road on the west side, according to New Canaan Police Deputy Chief John DiFederico.

“That’s not the designated detour route but it’s kind of a de facto one, especially with people who are familiar with downtown and know how to get through and around the construction site,” DiFederico told members of the Police Commission during their regular meeting, held April 21 via videoconference. “So they did put a few more signs in those locations to assist with motorists. I have put out speed counters and we have seen, obviously, an uptick in traffic volume.”

The comments came during an update to the Commission on road construction.

The DOT’s long-planned, three-week closure of Route 123 due to a box culvert near the Field Club took effect April 12.

DiFederico said the state’s project is progressing on schedule and should be finished May 7.

“The good thing is the speeds are somewhat reasonable, staying within the accepted range for us,” he said. “But I have hired officers on overtime to conduct speed enforcement on the detour routes and to assist motorists—be out there and have a presence out there. So all in all, I think it’s going pretty well, better than expected.”

Some residents of Canoe Hill and Parade Hill Roads have lodged complaints about the increase in traffic, DiFederico said.

“Obviously they’re not used to having three times the amount of volume of traffic but we are doing our best to manage it and it’s going to be over pretty soon, so we’ll get through it,” he said.

Chair Paul Foley asked whether the state would reimburse New Canaan for some of the police overtime costs that have come as a result of the project. DiFederico said he would look into it.

One thought on “Police: Route 123 Closure Has Tripled Traffic on Canoe Hill Road”