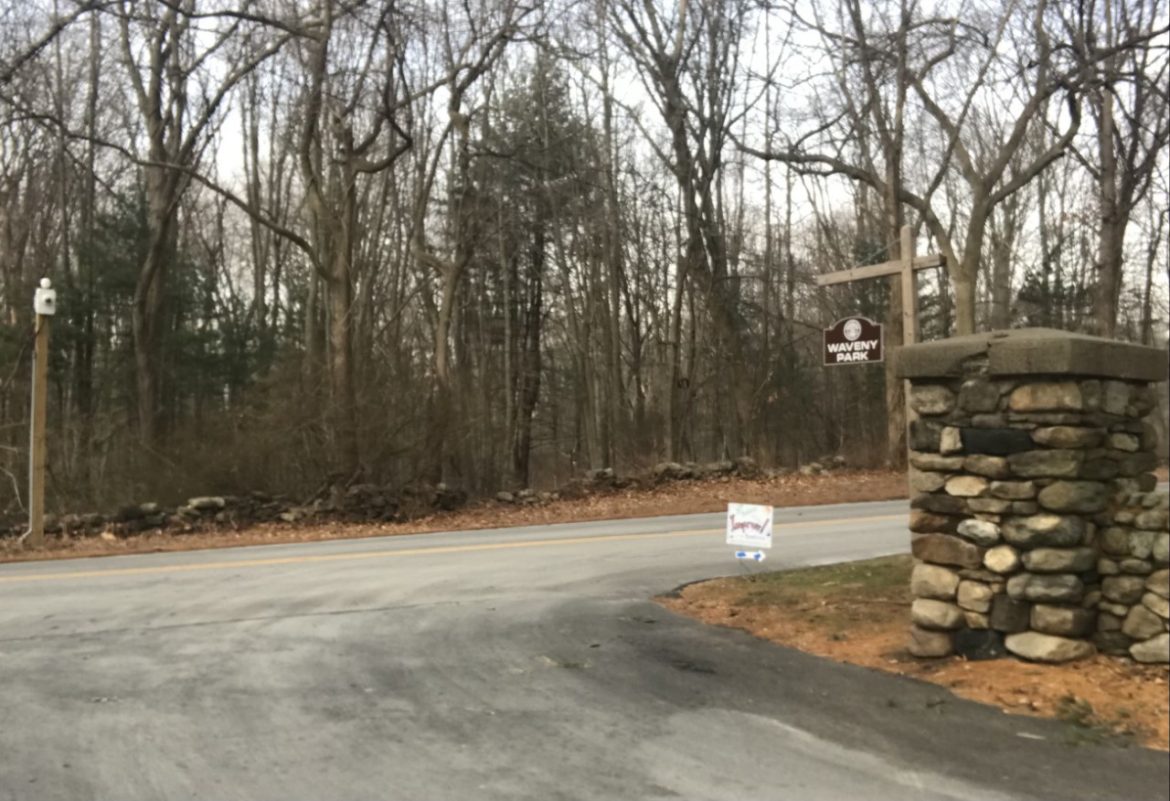 All security cameras at Waveny’s motor vehicle entrances are now functioning, police say, though images captured did not help with recent smash-and-grabs in the park.

“The cameras at Waveny work—let’s just put that out there,” Deputy Chief John DiFederico told members of the Board of Selectmen at their regular meeting Tuesday, held in Town Hall.

“They are working. They are cameras and they take pictures of a static location and they assist us, but they don’t solve every crime. So they are working. Our investigators have reviewed them. They didn’t provide any evidentiary value to any break-ins over the past week. We are looking to improve them and add to them, but without getting into any specific details of the current ongoing investigation, the cameras are working. We have reviewed them and they didn’t provide any additional information.”

The comments came in response to a question from Selectman Nick Williams regarding the status of security cameras installed nearly one year ago at either end of the main road through Waveny. Last month, Police Chief Leon Krolikowski told the selectmen that the cameras were “not quite functional yet,” though they’d been installed eight months prior.

Then over the course of two days last week, police received five separate reports of thefts from motor vehicles parked at Waveny, with several items stolen.

Asked by Williams why the still images captured by the cameras, “which “looked pretty clear,” he said, were not helpful to the investigation, DiFederico said, “We didn’t have a clear suspect vehicle to look for.”

“Of all the cars that came in and out of Waveny Park during the timeframe, none of them were clearly identified as the suspect vehicle,” he said. “So we didn’t have anything to go on to identify.”

The deputy chief added that the crime syndicates at work, which operate up and down the East coast, “use rental cars anyway, so they blend into the area that they’re going into.”

“So it’s not a vehicle that looks out of place or anything like that,” DiFederico said. “It just blends in.”

New Canaan Police are working with a regional team of law enforcement officials on the criminal activity, he said.

Selectman Kathleen Corbet asked whether funds for the additional cameras that police are seeking to install in New Canaan are in the year’s budget. DiFederico said funds could be allocated to cover the cost.

When First Selectman Kevin Moynihan said that “money is not the issue,” Williams agreed.

One thought on “Police: Security Cameras at Waveny Working, But Not Helping in Current Investigation”