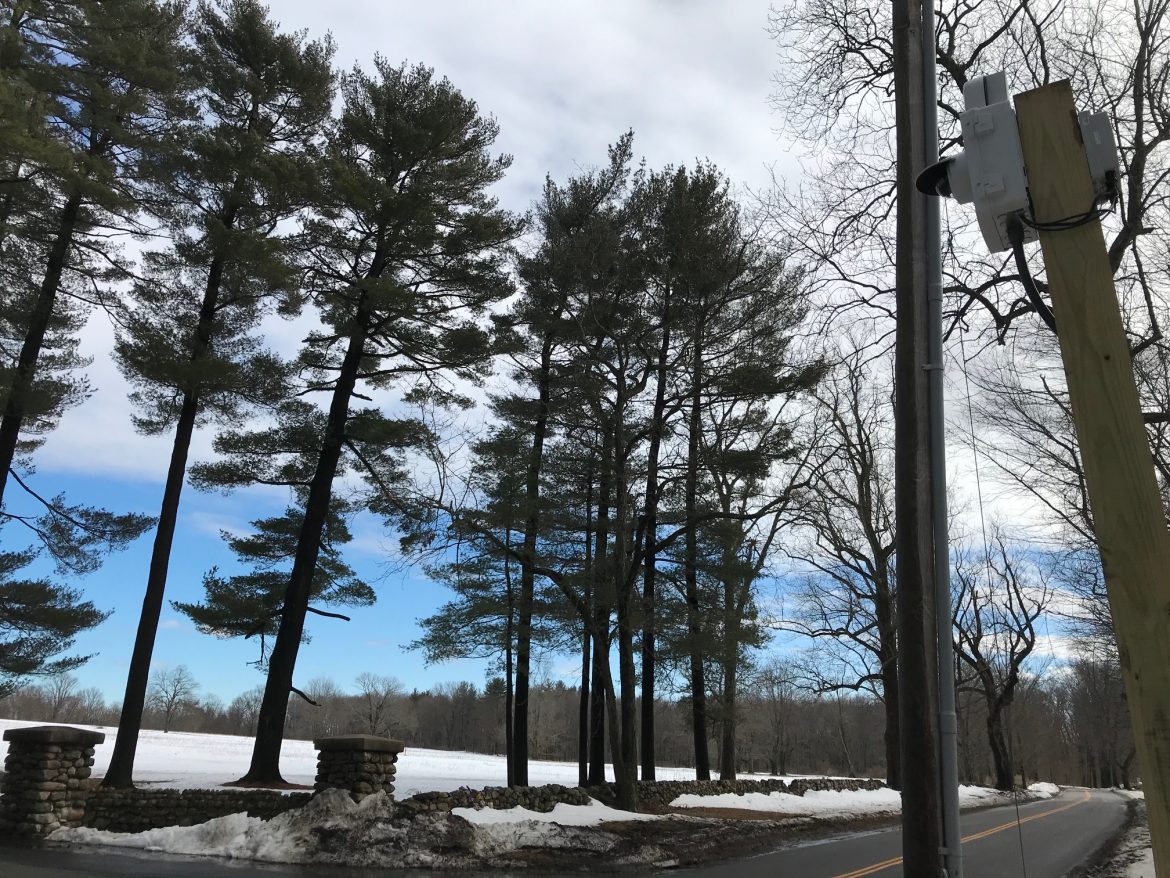 Although New Canaan Police more than eight months ago advised First Selectman Kevin Moynihan that security cameras should be strategically installed at several locations in town in order to deter crime and help investigators, progress hasn’t been made, officials said Tuesday.

Police Chief Leon Krolikowski in a March 29 memo to Moynihan said that “an analysis of police incidents in town shows a need for cameras” in locations that include Irwin Park’s entrance and parking lot, as well as five locations downtown (more details below).

“On several occasions, nationally organized gangs and career criminals committed crimes (larcenies from vehicles and identity theft from vehicles) in Irwin Park,” Krolikowski said in the memo, obtained by NewCanaanite.com. “To gain entry, windows were broken in many of the vehicle break-ins.”

The Police Commission had reviewed and discussed the memo in executive session during its March 17 meeting, Krolikowski said, and then voted 3-0 in favor of sending the recommendations to Moynihan.

Yet the memo “hasn’t really been addressed,” Krolikowski said during Tuesday’s Board of Selectmen meeting, held at Town Hall and via videoconference.

“Just hasn’t been addressed,” he said.

Krolikowski spoke during a section of the meeting dedicated to general matters before the town. Selectman Nick Williams had opened the topic by referring to the memo while noting that New Canaan is seeing a very steep increase in thefts from motor vehicles as well as break-ins of residences (an increase of about 250% in the past two years, the chief said).

“That’s probably the biggest issue in town that I’m hearing,” Williams said. “I’m hearing people like, ‘What is going on?’ It’s like every week.”

Williams added, “So, can we sort of ASAP get this done?”

“We’ve got to get this right,” he said. “This is serious stuff.”

Williams also noted that the security cameras that had been installed in February at Waveny’s two main motor vehicle entrances “didn’t go down very well.”

Krolikowski said, “They’re not quite functional yet.”

Williams said, “Not functional. And those were installed when? A while ago.”

Moynihan responded that he had replied to the March 29 memo, that the Board of Finance offered $50,000 for security upgrades in March to the Police Department, and that the police chief doesn’t report to him.

When Krolikowski noted that the Police Department didn’t have a plan for security upgrades at the time, Moynihan said, “The burden is on the chief for the plan.”

“The chief has to come up with a plan,” Moynihan said. “Public Works has supported anything that has been requested and we have spent our money and we have requested it and we have implemented it to protect property and to protect lives.”

He said that “the town has installed dozens and dozens fo cameras” out of its own $50,000 allocation at public buildings.

Williams responded, “Which a lot of them don’t work, according to Leon.”

Referring to the head of IT for the town, Chris Kaiser, Moynihan said, “We’ll get Chris together with the chief to understand. We have made huge progress on the town side, and the chief has an obligation to request for his budget, and the Police Commission which, I responded, that’s what you have to do. So he has $50,000 for the asking from the Board of Finance.”

In the memo that the Police Commission voted in favor of, Krolikowski said cameras should be installed at the following locations downtown:

The police department should have the ability to monitor the cameras, they should be high-quality “so the images are useful for investigations” and they “must have low light and night capability,” the memo said. They also “must be angled to capture the license plates and occupants of vehicles” and “should be motion activated so that only active footage of vehicles is recorded/stored,” Krolikowski said in the memo.

“Signs near the cameras should state that security cameras monitor the area,” the chief said in the memo. “Video should be stored for a minimum of 30 days unless a notice of pending action has been filed or if the video is evidence in a case (criminal or civil).”

In concluding the memo, Krolikowski said, “I believe these cameras will deter crime, make residents and visitors feel more secure, and the cameras will help with criminal investigations.”

3 thoughts on “‘This Is Serious Stuff’: Police Department’s Call for Security Cameras in New Canaan Unaddressed After Eight Months ”