The owner of the Main Street building long occupied by Baskin Robbins said she’s finalizing an agreement that will see a different ice cream purveyor move into the commercial space. 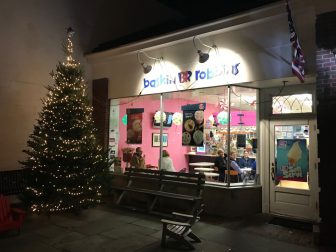 Terry Spring of Cody Real Estate LLC said the ownership company is “in the process of finalizing a lease with another ice cream store.”

“We have been working with Anna on this, she has done such a great job and will be a hard act to follow,” Spring told NewCanaanite.com in an email. “We will announce soon.” 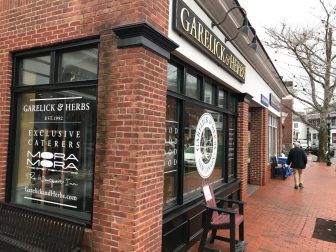 Garelick & Herbs on Main Street closed in the summer of 2018. Credit: Michael Dinan

Cody Real Estate LLC also owns 97 Main St. three doors down, which has been vacant since Garelick & Herbs closed in June 2018. There’s been interest in the space, but Cody Real Estate cannot move forward until a legal dispute with the former occupant is settled, Spring said.

“We are hoping another coffee café and specialty food goods will be our next tenant,” she said.

The updates come amid changes in downtown storefronts. Sushi 25 & Hunan Cafe on Elm Street has closed and Nantucket Monogram is leaving its Morse Court space to move in and share space with the Taylor Luggage on Elm. Commercial buildings such as those formerly occupied by The Life Aquatic on South Avenue (now on Park Street), Family Britches and Cosmetic Boutique remain vacant, as does the former Hamptonite space on upper Elm (it has moved into the old Jade Activewear building near Main and Elm). 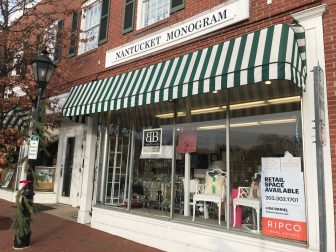 Nantucket Monogram on Morse Court is moving in to share space with Taylor Luggage on Elm. Credit: Michael Dinan

Asked about the situation, Laura Budd of the New Canaan Chamber of Commerce said that although the organization isn’t involved in negations between landlords and prospective tenants, “We understand that there are a still a lot of people looking to open businesses here in town and we do know of some coming on the horizon, some deals close to being signed and more businesses coming in.”

Buud noted that behind the closing of any business is its own “very personal story.”

“It’s not necessarily that their business has dried up, it could be personal reasons,” Budd said. 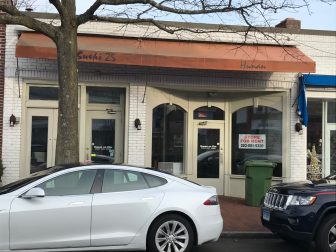 “Our feeling was that the energy and sales were good,” she said.

Spring said that retail “is not easy at the moment.”

“It is changing, but will continue to be important for activities and our charm as a convenient village destination,” she said. “We respect all are terrific tenants and hope the town continues to support a vibrant retail center, within its intended bounds, and is mindful of the fact that convenient parking is still the biggest draw.”