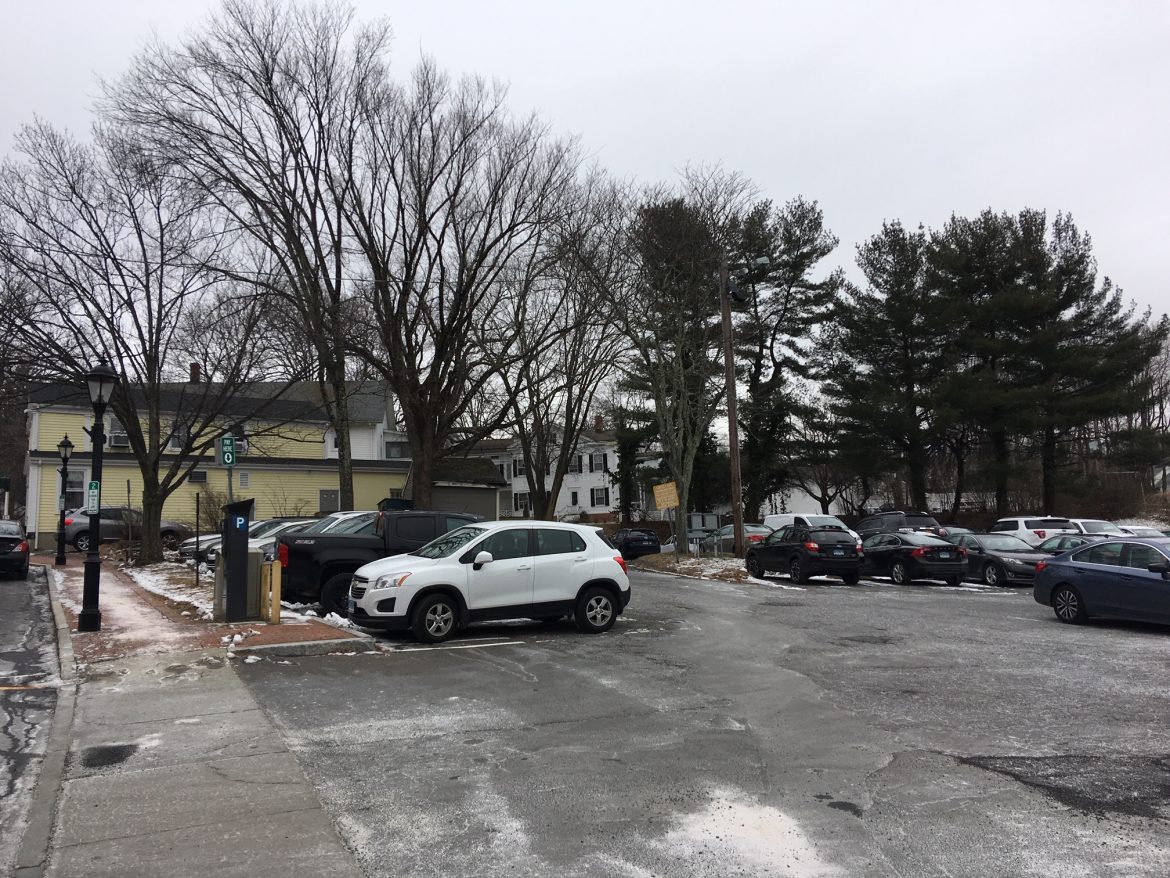 Public works officials are seeking $500,000 for next fiscal year in order to repave the Locust Avenue Lot, a project that could cost far more depending on what the town finds at it starts to dig up the pavement.

Thought two years ago to be right for an approximately $4 million decking job, Locust Avenue Lot will need to be taken out and replaced in one shot, according to Public Works Director Tiger Mann, a project will take about two months to complete.

The true cost won’t be known “until we get in,” Mann said during a regular meeting of the Board of Selectmen, held Tuesday at Town Hall.

“We have been told the buildings that were there prior were actually knocked down and buried under the paving structure. If that’s the case, that is probably one of the reasons why the pavement is failing. This number $500,000 does not take into account if we have to go in and dig out everything that is there.”

The $500,000 request is part of a $5 million overall proposed capital spending plan for the Department of Public Works in the area of administration-and-engineering (nearly half of that total represents the town’s pavement management program).

In order to find out just how much the paving project will cost, Mann said, the town needs to “dig a couple of test pits.”

Mann added that it was common practice at one time in clearing a parcel of its buildings “to dig a hole on the property and then knock it down and bury it in the corner.”

Selectman Kit Devereaux asked whether there’s a risk that filled-in areas under the pavement on Locust Lot will act like sinkholes.

Mann responded that yes, as that material degrades and decomposes, the pavement structure comes to act “as a bridge.”

“As that continues to fall, the paving structure will just fall in,” he said.