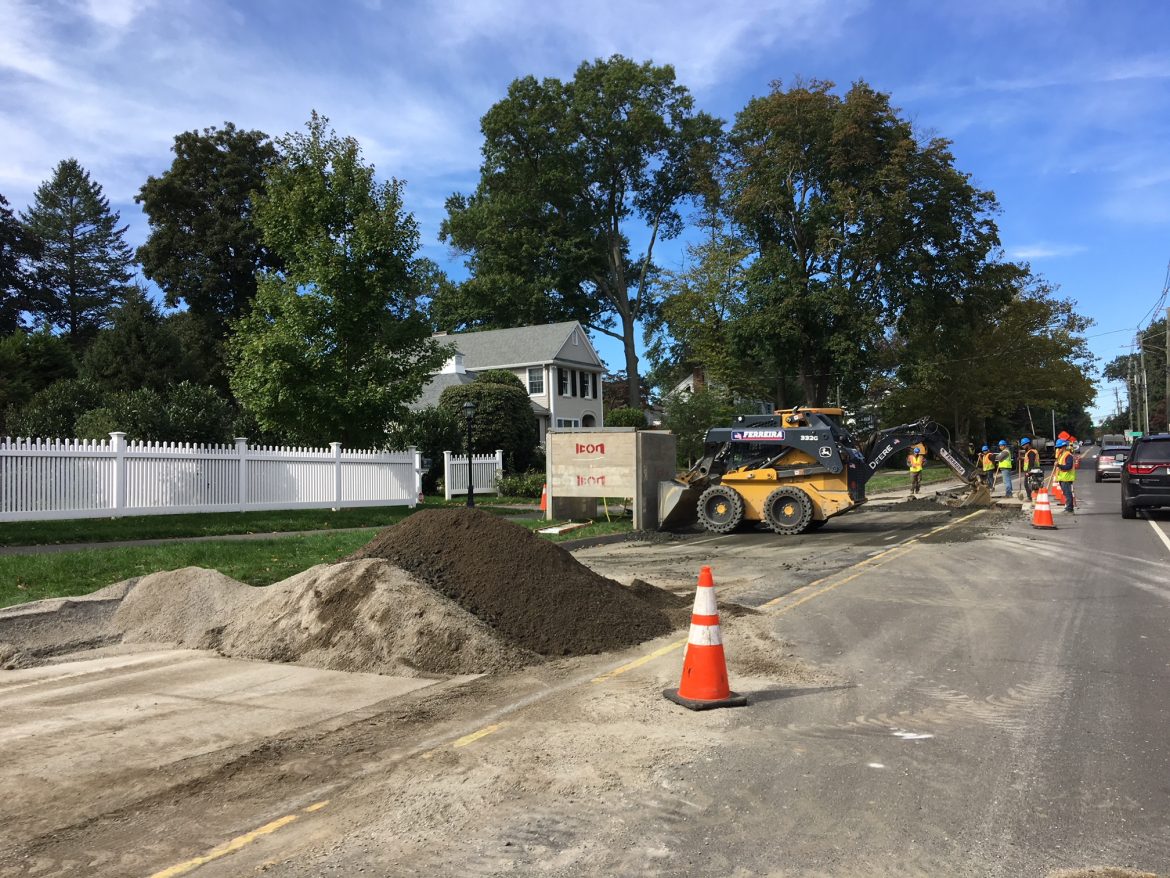 The Connecticut Department of Transportation also may call for the repaving of South Avenue—which doubles as state Route 124—into downtown New Canaan at any point where the road has been dug up for gas service lines to run to residences, according to Public Works Director Tiger Mann.

“We are hoping to have all paving done on an Eversource basis prior to the start of the school year,” Mann told members of an advisory committee to the Board of Selectmen.

“Eversource has yet to come back into town to do any additional work as far as our expansion is concerned,” Mann said Monday during a regular meeting of the Selectmen’s Advisory Committee on Buildings & Infrastructure, held via videoconference.

“They are starting with the thought to do all the services on the state route on Old Stamford Road—you have got nine to do there—and then at that point in time, we have repeatedly asked them to come and take care of Field Crest [Road] and Village [Drive]. There are six houses left on Field Crest and Village, with the thought to get those done and then we are going to pave it, in essence, one year early.”

The two roads would be repaved, with new sidewalks, in September or October, he said.

The update comes as New Canaan waits to see what the utility company will do in this the third year of a natural gas expansion in town. Eversource brought a natural gas main into New Canaan and service to 30 roads in 2018. Last year, the project extended five additional miles, and another five had been planned for 2020 when the COVID-19 virus hit.

Those seeking hook-ups along the route have three years get that work done before a rolling two-year moratorium goes into effect, and Mann said it’s an open question now of whether those roads planned for 2020 would face, in essence, a two-year window instead of three.

Eversource is planning to bring natural gas to some condominiums in New Canaan, Mann said, including King’s Grant on Main Street and Heritage Square at 42 Forest St.

The utility company is looking to expand in downtown New Canaan next year, into upper Elm Street as well as Pine and Grove Streets, Mann said.

A project on Route 123 between New Canaan and Norwalk also is wrapping up and that stretch of the state road is to be repaved “quite soon,” he said.