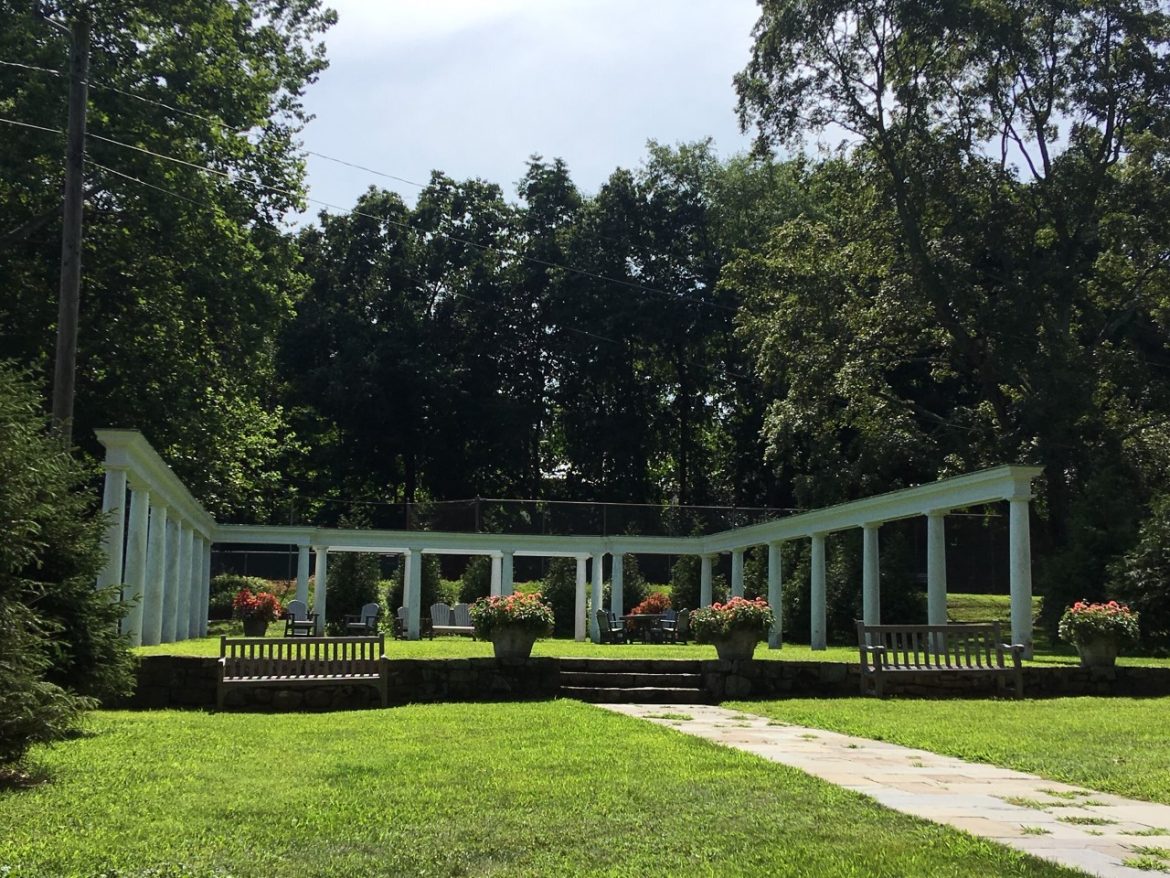 The colonnade area at Mead Park is being converted into a gathering space amid the tennis courts. The area that's gotten some furniture within the colonnade is going to be surfaced with a flagstone patio. Credit: Michael Dinan

Town officials recently approved a $23,000 contract with a Norwalk company to improve an increasingly used gathering space at Mead Park.

The Board of Selectmen voted 3-0 at its most recent meeting to approve the contract with Nature’s Way Landscape Association to construct a stone plaza inside the colonnade area.

The project will follow the sprucing up of the columns at the colonnade and improved pedestrian access to the area, a WPA project that originally had been a wading pool that was converted into a “victory garden” following World War II.

Recreation Director Steve Benko in proposing the contract said that local landscape architect Keith Simpson had put together a nice plan for the colonnade that called for a flagstone patio and seating area with chairs.

“It’s going to be a big enhancement to Mead Park,” Benko said at the Board’s July 23 meeting, held in Town Hall.

Described in the past as a way to accommodate overflow seating at the bustling Apple Cart food counter near the little league baseball fields, the gathering space at the colonnade area since furniture was installed has seen people sipping coffee or having ice cream and conversing, Benko said. Adirondack chairs and benches, as well as a table, are already in place.

The creation of the patio is hoped to bring even more “nice social interaction in the park,” Benko said.

Selectman Kit Devereaux noted that the colonnade since improvements were made has been getting more use, and Benko agreed.

First Selectman Kevin Moynihan and Selectmen Devereaux and Nick Williams voted in favor of the contract. The $23,100 total figure includes $3,000 in contingency funding.

In recent years, the grassy colonnade area has hosted community events such as the cherry blossom festival, an annual breakfast hosted by the New Canaan Beautification League and junior prom photo gatherings.