A New Canaan woman and former manager of a hair salon in town is poised to open up her own place on Cherry Street at month’s end. 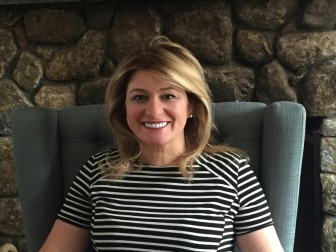 Jul Qela said ‘Jul’s Salon’ will mark the first time she’s started her own business, and that after some interior work such as painting, the space at 123 Cherry St. should open March1.

“I am feeling very excited,” Qela told NewCanananite.com on a recent afternoon. “This is the best thing.”

The manager of Hairquarters West for more than two years, Qela signed a lease on Monday and said Jul’s Salon will include six hairdressing chairs and an experienced, professional staff that’s already been hired. 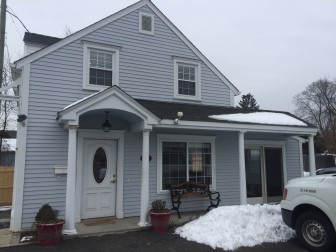 Asked how she’ll make Jul’s Salon stand out in a town that offers a number of options for locals, Qela said consistently high-quality products as well as “customer service, structure and culture.”

“I am a people person and customer service is number one,” Qela said. “This job, it makes me happy. I love this job. I love to do it.”

The Jul’s Salon space most recently had been Cherry Street Salon, closed since last fall.

Tucker Murphy, executive director of the New Canaan Chamber of Commerce, said “it’s obviously nice to see a location that has been shortly vacant taken up by a local resident, somebody that has been involved in town, very involved in the chamber and who has actually come to us now on several occasions looking for ways to partner and get involved, when she was managing.”

“She knows that you get better results by working as a team,” Murphy said. “She is not one to shy away from trying new initiatives and she is very creative.”

An Albania native who moved to the United States with her husband and young son in 2000, Qela is now a mother of two whose older boy is in college (NCHS 2015 grad Brian Qela, now pre-med) and whose younger son is in fifth grade at Saxe.

Qela, who speaks six languages (Spanish, English, Albanian, Italian, French and Russian), earned a bachelor’s degree in teaching from University of Tirana in her native country, then went on to take an associate’s degree in accounting at Technical Career Institute in New York and a master’s degree in human resources management from Long Island University.

She worked in professional development under New York Mayor Michael Bloomberg for about five years prior to starting her job in New Canaan.

The family has lived in New Canaan since 2010, and Qela said she’s eager to “create my own culture” at Jul’s Salon.

“We’re all going to be happy,” she said. “Happy women, and a happy place to work.”