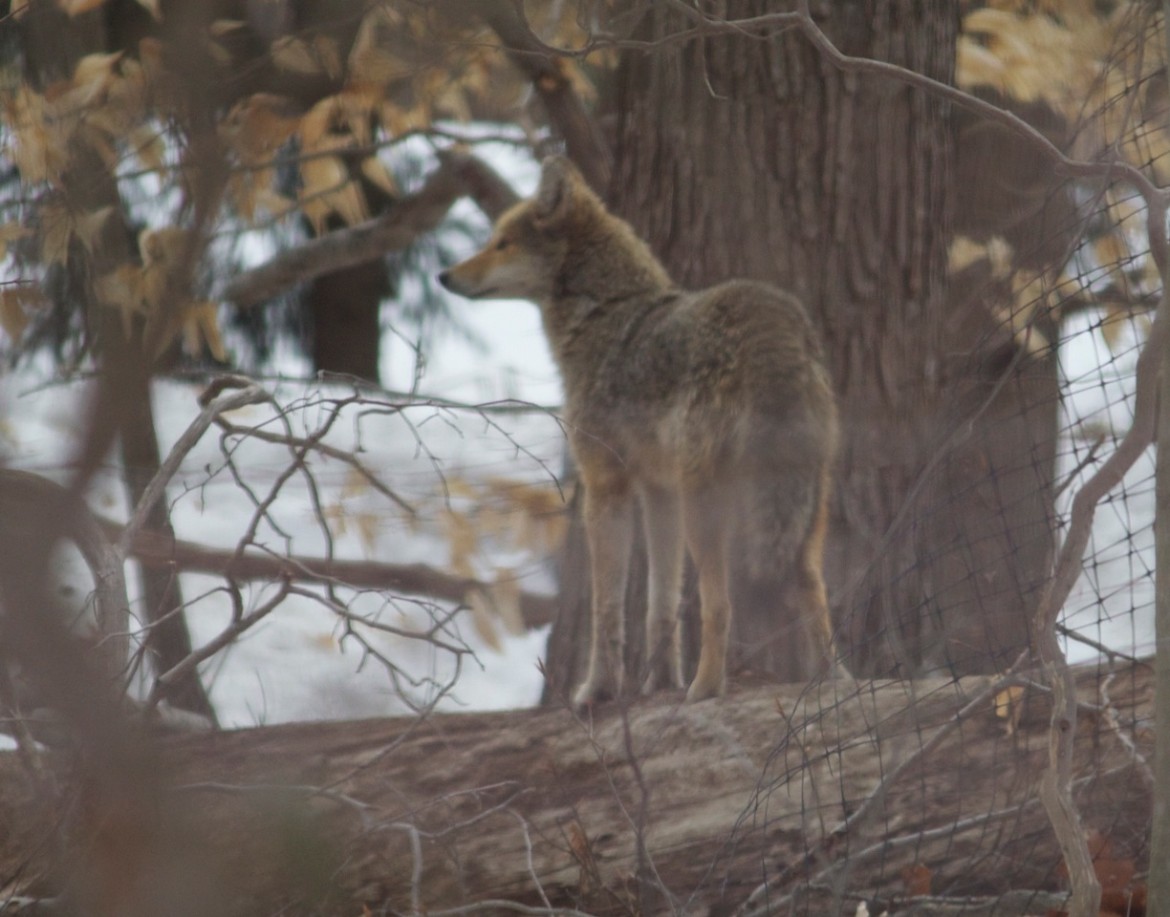 This photograph of a coyote on an Evergreen Road property was taken March 13, 2014. Credit: Maria Naughton

Five coyotes were trapped and killed in southwestern New Canaan in October and November under a state-issued permit, records show.

A raccoon also was caught in the trap and released on site, according to information from the Connecticut Department of Energy and Environmental Protection.

Issued Sept. 23 for the area of Adams Lane after a coyote snatched and killed a small dog outside, the nuisance wildlife control officer’s permit ran through Nov. 30.

Here’s a summary of the trapper’s work, according to a Nuisance Wildlife Control Special Permit Report submitted to DEEP as required by state regulations:

NewCanaanite.com obtained the report through a public records request.

State officials originally had issued the permit through Oct. 23 but extended it for five weeks “due to limited success at the end of the initial period.”

It isn’t clear who hired the trapper. Sunshine laws do not require disclosure of clients’ names.

Asked about the active trapping at the time, Officer Allyson Halm of the New Canaan Police Department’s Animal Control section voiced concerns that it would be both ineffective and problematic, giving residents a false sense of security while they must still supervise their pets. She also said non-targeted animals can be trapped. Three winters ago, a coyote could be seen dragging a leg hold trap through the snow in northern New Canaan for weeks before the animal died. Earlier that year, the a red fox became ensared in a leg hold trap on Briscoe Road.

19 thoughts on “State: 5 Coyotes Trapped and Killed in New Canaan in October, November”